Music to the Hardwood 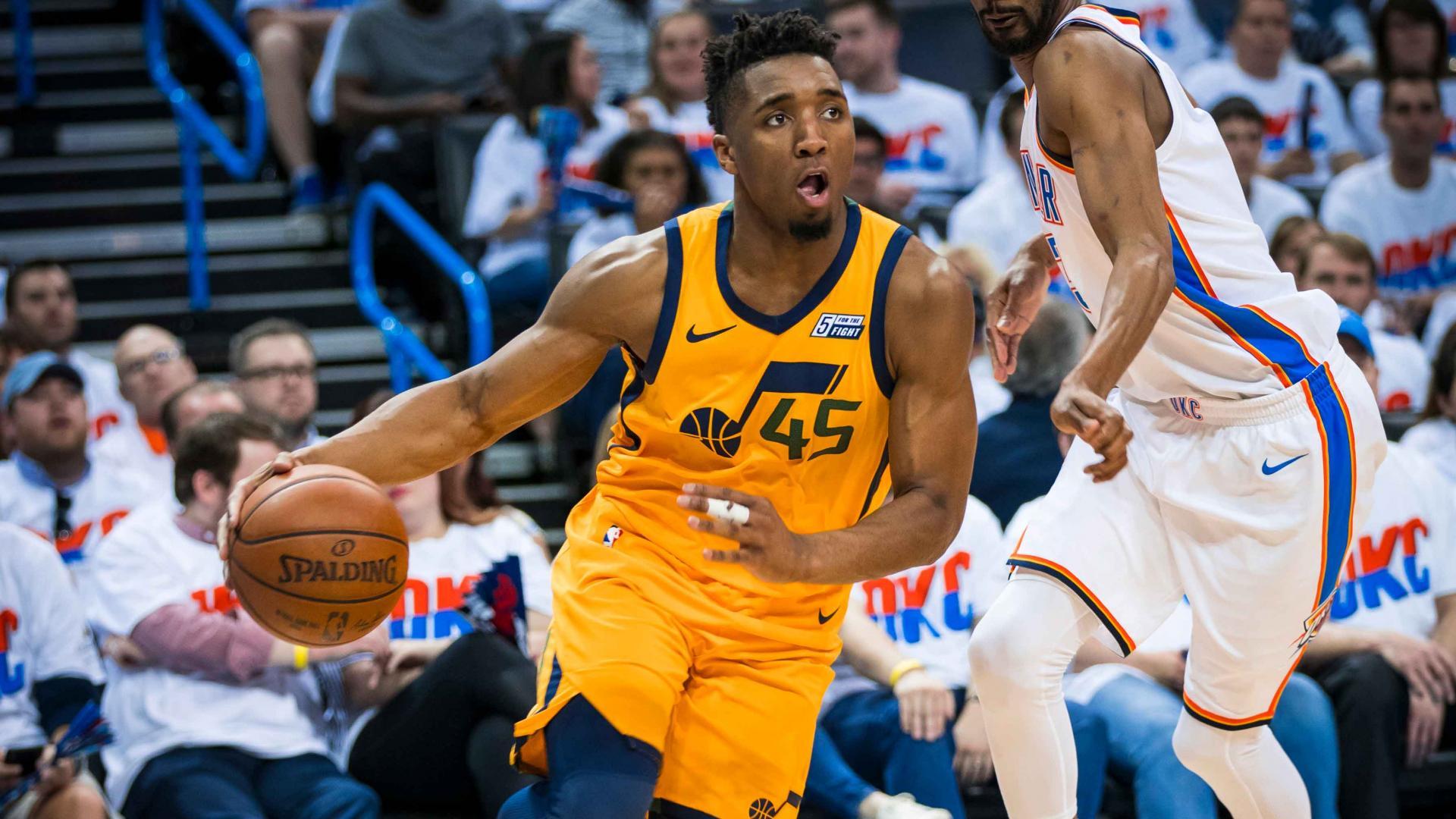 As the National Basketball Association (NBA) tips off, so does the sophomore season of  Utah Jazz (UTH) Superstar Shooting Guard (SG) Donovan Mitchell.

Mitchell had an unprecedented rookie season for the Jazz. He averaged 20.5 points per game (ppg), 3.7 assist per game (apg) and 3.7 rebounds per game (rpg) according to ESPN, which was a surprise for someone who was on no one’s radar besides a few.

That short list includes praise from NBA Superstars like Houston Rockets (HOU) Chris Paul and Oklahoma City Thunder (OKC) Paul George before he was drafted to the NBA.

Mitchell led the Jazz to the playoffs last year, where the they got a playoff series win versus a star powered  (OKC) team that was an unfavorable match-up. He finished in second place for Rookie of The Year (ROTY) to Philadelphia 76ers’ (PHI) Ben Simmons and was named the NBA Slam Dunk champion for the 2017-2018 season.

He capped off his incredible season by winning the hearts of Jazz fans everywhere and putting the organization in a favorable position after the departure of All-Star Forward (F) Gordon Hayward.

Most importantly, he displayed that even though super teams are around: it’s not a trend needed to win. The Western Conference is surrounded with arguably the best of the best that the NBA has to offer and he made them a threat in year one. He is a fan favorite to Jazz fans but also old school minded people who prefer teaming up against the enemy rather than with them.

Of course, he was surrounded by basketball intellect with Head Coach Quinn Snyder and company. Although, without him there wasn’t any fire within the Jazz rather just sparks of what could be. Center (C) Rudy Gobert is reigning Defensive Player of The Year (DPOTY) but doesn’t produce a balanced level of play on the offensive side of the game. Power Forward (PF) Derrick Favors was once the believed face of the franchise but hasn’t lived up to his potential. Guard (G) Dante Exum who was drafted by the Jazz four years ago has given the organization little faith in breakout potential due to consistent injuries. Ricky Rubio (G) departed from the Minnesota Timberwolves (MIN) last year with low expectations to do much more.

Mitchell brings team camaraderie in his unselfish play and unconditional support for his teammates. He is a 22 year-old sophomore that has won the locker room and that reflects on the hardwood. According to ESPN, the Jazz ranked tied in first place for points allowed on defense with the San Antonio Spurs (SAS). They also finished in the top-five for creating on average of 14.5 turnovers (TO) per game. With great team defense comes a set of players who all maintain the same amount of hustle, heart and determination.

So, whats next for the Jazz and Mitchell? His impact has now created substantially high expectations.

For now, it remains a solid standing in the playoffs, and this time the favorable one to win the series. Personally for Mitchell to be named to his first all-star game and to solidify that his rookie season isn’t his ceiling of potential.

Donovan Mitchell, has given NBA fans hope that teams that aren’t categorized as a ‘super team’ can still compete for an NBA title.

The Celtics Are In Final Form
The Garden is Blooming