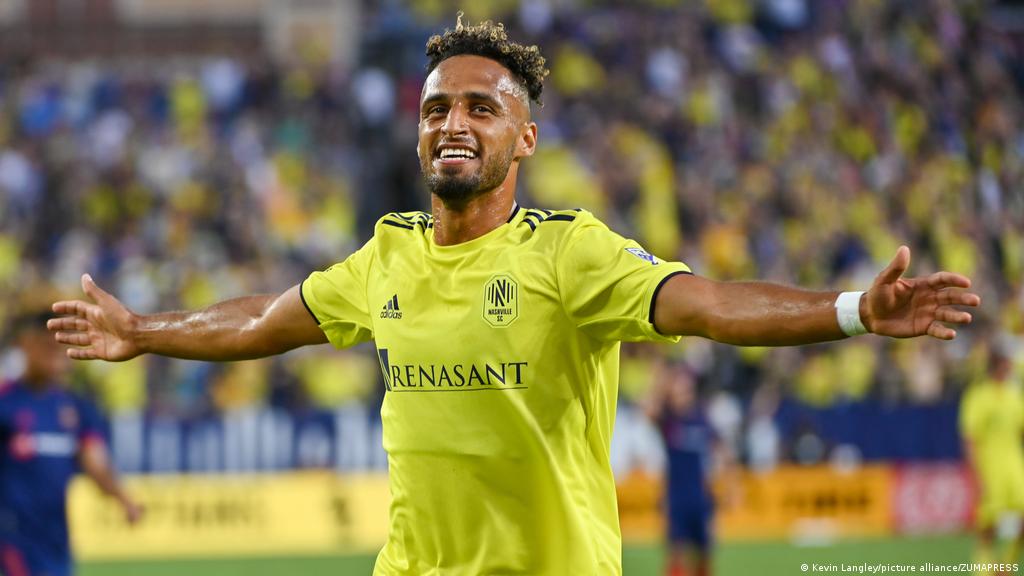 Mukhtar joined Nashville in 2020 as one of the club’s first signings. He signed from Danish side Brondby for a change of his career. In his first season with Nashville, Mukhtar only scored five goals and three assists in 18 games played. The following year Mukhtar had a much better season, scoring 19 goals and 10 assists in 33 appearances. He was second in the golden boot race that year, with Taty Castellanos taking the trophy home with 22 goals.

In 2022 Mukhtar had an even better season, scoring a league best 23 goals and seven assists. He single-handedly led Nashville to the playoffs, however they fell short to the L.A Galaxy in the first round. Despite being a striker, Muktar contributed 174 crosses and was the team’s main corner kick taker with 107. He delivered many iconic moments for Nashville and plenty of beautiful goals.

He had six multi-scoring games while averaging 5.1 crosses per game. Mukhtar is a fan favorite and a legend to the Nashville S.C organization. For him, winning the MLS MVP award means a lot to him to win something so prestige in a league with very talented players.

“For me personally, I feel like Major League Soccer, and me with the MVP, it’s such a big honor because they have so many big talents and so many big players in the league” he said according to the Tennessean. “And for me to win these awards means the world. I started when I was six, seven years old, playing club soccer. I sacrificed my whole life for being a professional soccer player and winning that award is just a dream come true for me.”

Mukhtar joins the list of several MLS icons who have won the MLS MVP award like Carlos Valderrama, Landon Donovan (the MVP award is named after him), Chris Wondolowski, Robbie Keane, and David Villa.

Is Napoli the Real Deal?
Federico Valverde: The Golden Boy