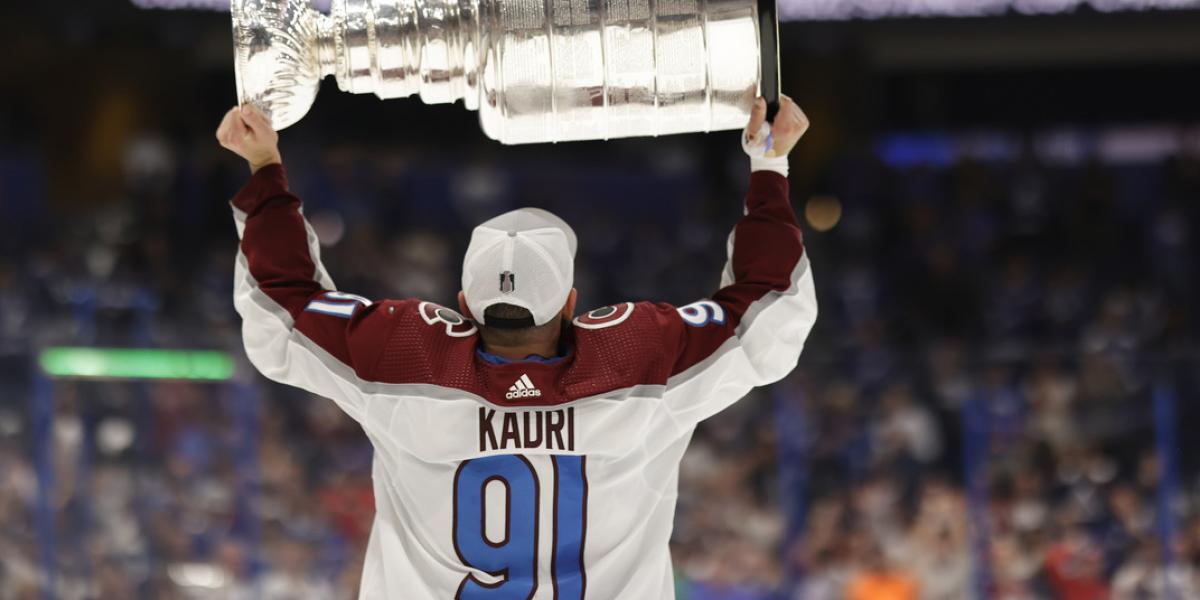 The big domino of the 2022 NHL free agency season has finally fallen. Nazem Kadri has found a new home and signed with the Calgary Flames.

It seemed the rest of free agency rested on the shoulders of where Kadri would end up. It has taken a while but he has signed 7 years, 7 million dollars with the Flames. What this does is draw even more eyes on the Flames, who have been by far the most interesting team this offseason.

What This Means For Calgary

The Flames could’ve very easily just rolled over and let Gaudreau and Tkachuk leave kill them, which fellow BSP writer Jack Titter wrote about here. But the team made the best of a very bad situation. They got a very surprising return for Tkachuk, receiving Jonathan Huberdeau, MacKenzie Weegar, a prospect and a first round pick. The team moved on from Sean Monahan to make it possible for Kadri to sign.

The team definitely didn’t improve, they got quite a bit older and Tkachuk leaves a hole that’s impossible to fill. But Calgary is still a good team, I think they still make the playoffs. It’s just a hard sell to convince me any team thats trusting Jacob Markstrom is going to do all that much, and I wasn’t very high on the Flames before this offseason either.

They’re probably still a playoff team, but I don’t see them in the second round.

While the Flames may not have improved all that much, we have to appreciate what Nazem Kadri has done. He’s now a Stanley Cup champion, and on the 27th he’ll be the first player ever to bring the Cup to a mosque. He got paid, and he deserved every penny. He’s come such a long way away from how he was labeled while he was a Leaf. Where he got a reputation as a player you can’t win with (ring any bells Phil Kessel?).

Nazem will be 38 when this contract is over. So I doubt we see him sign another. It’s good to see that Nazem “The Dream” Kadri has signed and found a permanent home. I wish him all the best in his endeavors probably going head to head against Evander Kane making the Battle of Alberta infinitely better.