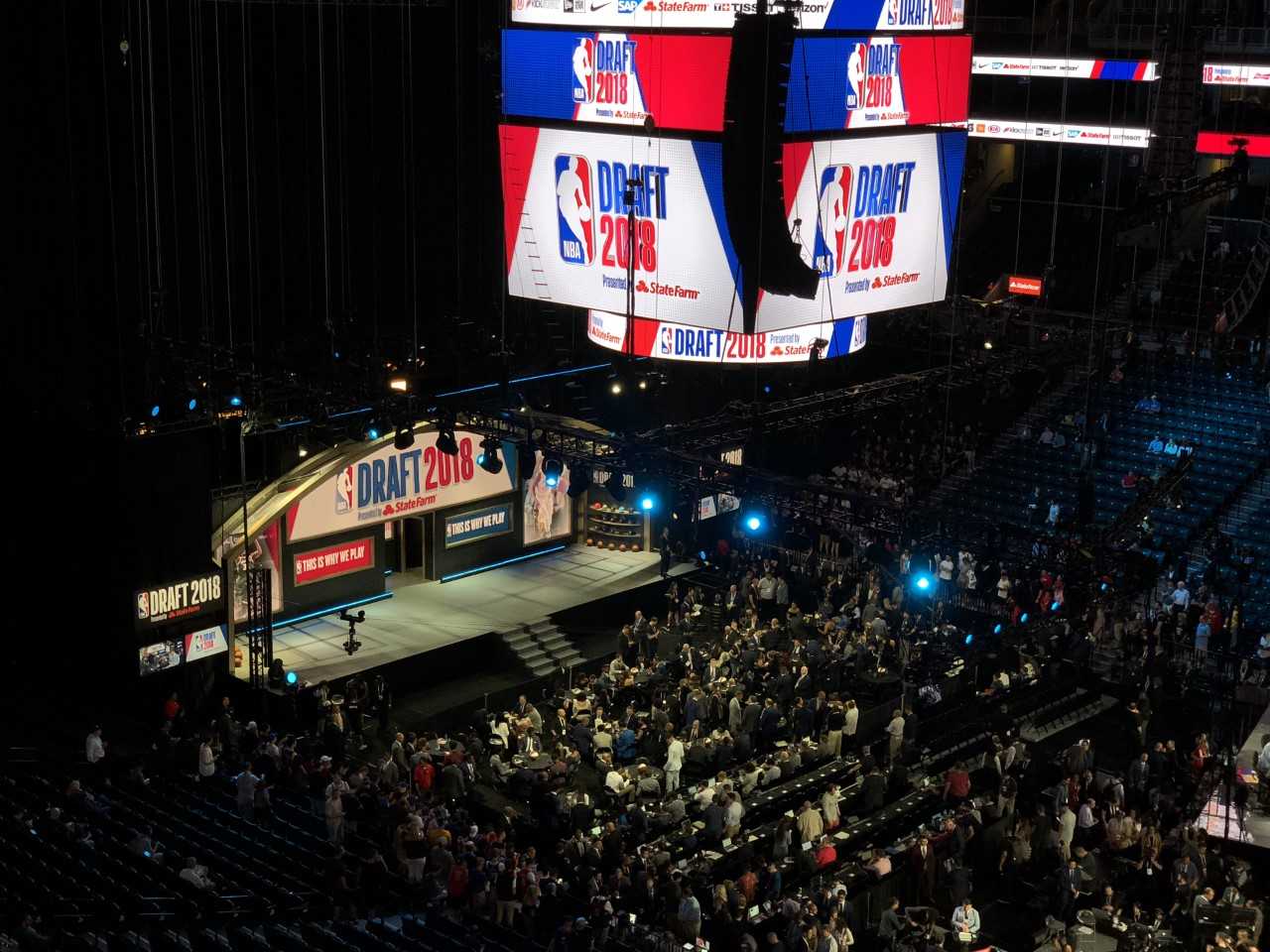 Donovan Mitchell of the Utah Jazz (UTH) gave his input during pre-draft interviews by sending a humbling message to the draftees, “This is the easy part”.

The National Basketball Association (NBA) presented the 2018 “Swag Class” last Thursday on June 21st at Barclay’s Center for a draft that is considerably stacked with high risk talent.

Suspense filled the atmosphere as fans awaited the announcement of the first overall pick. Is Trae Young going to be the next Stephen Curry? Can Michael Porter Jr. (MPJ) prevent himself from being a Grant Hill story?

Are we going to see Luka Doncic translate greatly to the NBA or be a reflection of the 2003 poor selection that Darko Milic was for the Detroit Pistons (DET)? How impactful will this year’s big men be in today’s game that’s slowly eliminating the need of a center. Lastly, will Kentucky’s Freshman Kevin Knox prove New Yorkers wrong and be the small forward that New York Knick (NYK) fans expected from Carmelo Anthony?

After the favorable top selections of Arizona Wildcat’s Freshman Deandre Ayton and Duke’s Freshman Marvin Bagley lll went back to back to the Arizona Phoenix Suns (PHX) as well as to the Sacramento Kings (SAC) respectively. It was now time for the unknown top come to light.

The third selection was held with great anxiety for fans as each second within the five minute span taking longer and longer. With the crowd uneasy and unsure of what to think was going to happen; Barclay’s grew quiet. Then as NBA Commissioner Adam Silver got to the podium and announced that the Atlanta Hawks (ATL) selected European star Luka Doncic the crowd expressed a variety of emotions.

The atmosphere grew skeptic on the selection because it was a spot where Trae Young was assumed to be taken. Young was even highly-vouched for by Atlanta’s own Quavo of Migos to be selected by the Hawks.

Ultimately, to be the face of the franchise. Now, for what was the first of many times throughout the night: curiosity filled the air. This time it was directed towards Doncic who ended up not being a Hawk for long. Silver announced picks later that he was traded to the Dallas Mavericks (DAL) for the rights of Young as well as a future first rounder pick. Young was selected right after Doncic at number four.

A sense of reality seemed to come back to the arena as the basketball world was more comfortable with this trade. As talented as Young is the duo was a questionable pair to Dennis Smith Jr. They both had the same size and game that wouldn’t flow as  smoothly as would it be with Doncic. But both Forward Dirk Nowitzki (DAL) and Quavo got their wish.

As the draft went on fans cheered and booed picks, but nothing was more powerful than the attraction of Michael Porter Jr. (MPJ) a Freshman out of the University of Missouri.

Nothing but showers and showers of, “WE WANT PORTER, WE WANT PORTER” praises from the crowd got fans out of their seats as he we was being passed on at Barclays Center. Porter was once a debatable top three pick but slid all the way to the end of the lottery because of health concerns. He is obviously still a fan favorite and a pick that can haunt the Knicks organization for a long time assuming he proves doubters wrong. He was drafted by the Denver Nuggets (DEN) at number fourteen.

The Knicks decided to go with an ideal small forward in Freshman Kevin Knox out of the University of Kentucky. Someone who can score off the dribble and use his  athleticism to get to the basket. His upside definitely outweighed his downside and  even though he wasn’t what the Knicks fans asked for he could be a surprise gift that Knick’s Power Forward Kristaps Porzingis was a few years back.

After this draft pick, some fans made their way toward the exit. Although, for those  who stayed they were surprised with frequent trades, surprising picks and the player interaction.

Mikal Bridges from The University of Villanova got drafted by his hometown Philadelphia 76ers (PHI). As fast he was drafted, he was then sent to the Suns for the draft rights to Texas Tech’s Zhaire Smith. Miles Bridges of Michigan State University (MSU) was drafted by the Los Angeles Clippers then quickly a Charlotte Hornet (CHA) minutes later. There was no telling what could come next and fans loved every second cheering immensely with passion has the draft entered the late first-round. Before the fans knew it the Los Angeles Lakers (LAL) were up at 25 and the idea of drafting LiAngelo Ball of Vytautas Prienai-Birštonas somewhere in this draft fueled the late round picks with excitement. It seemed inevitable to fans that Ball’s father Lavar Ball was speaking it into existence that LiAngelo would join his brother Lonzo Ball in Los Angeles. Like a praise of MPJ screams filled the arena, so did “Gelo” ones, but with comical expression rather than a sincere one.
The Lakers went on to draft two players not relevant to the Big Baller Brand in any way.

Donovan Mitchell was involved in every pick post-draft selection as a reporter, humanizing to fans that have thrown him on the elite level of the NBA. From trivia questions to expectations his interaction brought a bonus to the draft.

However, once the Utah Jazz (UTH) had their timer ring and selected Duke’s senior Grayson Allen, Mitchell was ready to hit the gym. Allen was often criticized for his style  of play throughout his college years but he was on the radar of Mitchell. With this pick, Mitchell embraced Allen and called it a night. Rachel DeMita, the NBA2k host and producer was left to lift fans out of their seats. She created an atmosphere of ongoing excitement. She involved fans with social media trivia, humbling questions and of course asked drafted players how they’re next post will correlate to their new team.

DeMita was actually able to get Jrue Holiday of the New Orleans Pelicans (NOP), brother Justin Holiday of the Chicago Bulls (CHI) and newly acquired younger brother Aaron Holiday of the Indiana Pacers (IND) to all sign a basketball for one lucky fan in the audience. Which, threw waves of love and respect throughout the arena.

Up until the forty-seventh pick DeMita was delivering a fun show but she soon wrapped it up as the draft was 13 picks away from ending. Although, she didn’t leave without showing her appreciation to the fans with high-fives and pictures.

The draft concluded with Barclay’s bringing down all the fans who sat high up to lower level seats for the fan experience. T-shirt tosses from legends and broadcasters well as a Deandre Ayton signed basketball kept fans to the very end.

A day with any number of outcomes for the twenty eight franchises that held picks in this year’s draft ended. The results were already brewing up trash talking, potential match-ups and winners/ losers of the draft debates.
Basically, is the hype real? Only time will tell.

For now, all we can do is look forward to the Summer League as all teams will participate in Las Vegas, Nevada. Then just assume that this year’s bunch uses their efforts in style to match their talents.