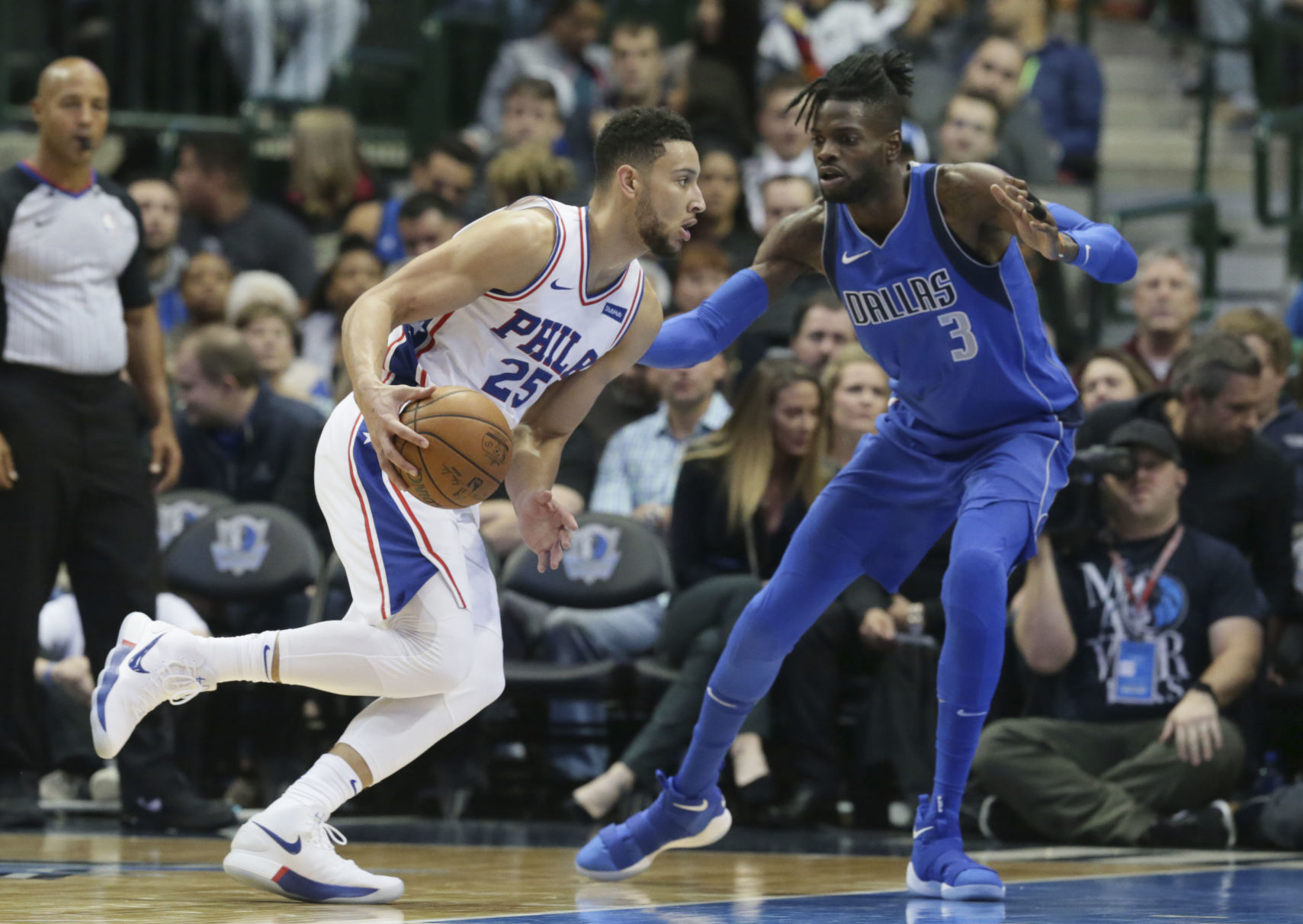 Mavericks and 76ers to Visit China for the First Time, Play in NBA’s 25th and 26th Games in the Country –

The Mavericks and 76ers will both play in China for the first time when they meet on Friday, Oct. 5 in Shanghai at the Mercedes-Benz Arena, followed by a rematch on Monday, Oct. 8 in Shenzhen at the Shenzhen Universiade Center.

The announcement was made today at the Shenzhen Universiade Center by NBA China CEO David Shoemaker and Director of the Longgang Municipal Bureau of Culture, Sports and Tourism Liu Deping.

Following the NBA China Games 2018, which will mark the NBA’s 25th and 26th games in China, 17 NBA teams will have participated since 2004, in Beijing, Guangzhou, Macao, Shanghai, Shenzhen and Taipei.

The NBA China Games 2018 will feature a variety of fan activities, including the seventh annual NBA Fan Day on Thursday, Oct. 4 in Shanghai, which will provide thousands of fans with the opportunity to participate in oncourt games and watch the Mavericks and 76ers conduct basketball activities and skills competitions. In addition to the NBA Fan Day, the league and its partners will conduct a series of NBA Cares community outreach events in Shanghai and Shenzhen.

The games will be promoted and produced by iRENA, co-produced by AEG Presents and supported by a roster of marketing and merchandising partners, and will be available in more than 200 countries and territories on television, digital and social media.

“These games will not only bring the excitement of NBA action directly to our passionate Chinese fans, but also provide our teams and players an opportunity to experience the rich culture and history of the country. The Mavericks and 76ers, both playing in China for the first time, will be able to encounter firsthand the incredible support of our Chinese fans and bond with one another through projects and events in the local community.”

“We are excited to welcome the Philadelphia 76ers and Dallas Mavericks to China next preseason. The 25th and 26th NBA games in China mark another milestone in our efforts to bring the authentic NBA experience to our passionate Chinese fans.”

“When I played in the 2008 Beijing Olympics, I witnessed China’s enthusiasm for basketball firsthand. It will be a fantastic experience for our franchise to play in China for the first time. We’re also excited about the possibility of reconnecting with two great Chinese players who played for the Mavericks, Wang Zhizhi and Yi Jianlian.”

“It is such an honor playing internationally. I’ve been fortunate to play in China before and I remember how great the fans were. It’s going to be such a fantastic experience for our team.”

“It will be an honor to be the first 76ers team to play in front of the amazing fan base in China in October.”

“Getting a chance to play all over the world has always been a dream of mine and I’m excited to play in China in October. I know the fans there are passionate about basketball and I’m really looking forward to the trip to Shanghai and Shenzhen.”

The NBA’s entity that conducts all of the league’s business in China was formed in January 2008 after its first office opened in Hong Kong in 1992. The NBA currently has relationships with a network of television and digital media outlets in China, including a 31-year partnership with CCTV. The league hosts hundreds of touring basketball events for fans, conducts community enrichment programs, and maintains marketing partnerships with a combination of world-class China-based corporations and U.S.-based multinationals.

NBA licensed apparel and footwear are available through retail and authorized online stores on e-commerce and social media platforms, including NBAStore.cn, Tmall.com, JD.com, NBAStore.hk and NBAStore.tw. In 2004, the NBA became the first U.S. professional sports league to play games in China. Following NBA China Games 2018, 17 NBA teams will have played 26 games in China.

enrichment programs, and maintains marketing partnerships with a combination of world-class China-based corporations and U.S.-based multinationals.

Rockets or Warriors, Who You Got Facing the Cavs?
Three Coaches Out, Who Should Take Over?