NBA Play-in: What Needs to Happen for Cleveland to Beat Brooklyn? 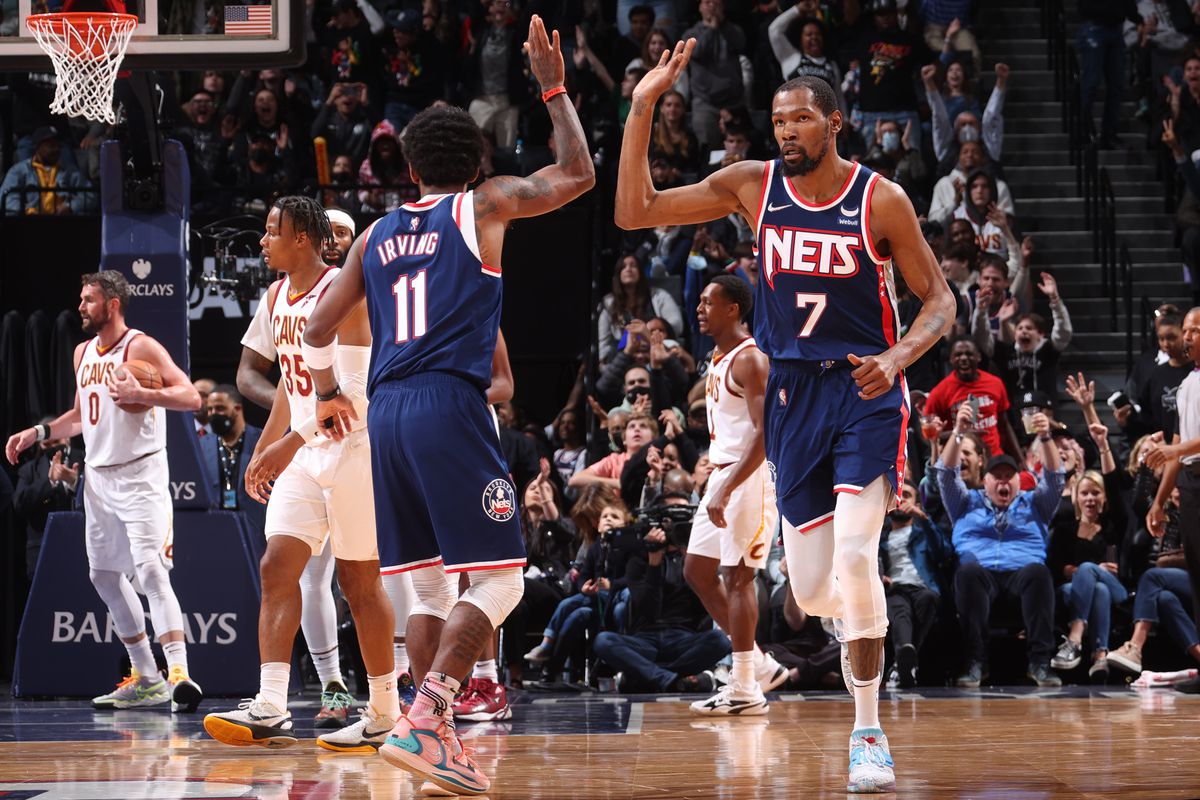 The play-in games are set, and, despite being heavy underdogs, Cleveland can overcome the odds one more time to upset the Brooklyn Nets.

The play-in games are finally here after a long, grueling NBA season. Kicking off the NBA playoffs are the Cleveland Cavaliers and Brooklyn Nets. Initially, this outcome seems detrimental to the Cavaliers once seemingly high playoff odds, but if all goes right, it could kickstart their journey to the top of the NBA. The latest game spread designates Brooklyn as 8.5 point favorites. However, Cleveland won’t simply roll over at the opportunity and concede the seven seed.

Although the challenge is immense, the Cavaliers can continue shocking the world if these following things happen in the play-in.

The immediate solution for keeping things close is through the hands of Jarrett Allen. Since his thumb injury on March 6th, Cleveland’s gone 7-11 while winning just three of their last ten. Moreover, in games without Allen, the Cavs score six fewer points while allowing almost two more. Despite the minuscule difference, his impact is extraordinary, especially when facing his former team.

In a Kevin Durant and Kyrie Irving-centered offense, stopping the pick-and-roll is imperative. Furthermore, with the NBA’s fixation on switching everything, not fielding Allen could result in major mismatches down low. It’s not that Allen would guard KD or Kyrie straight up, but having his body down low will undoubtedly reduce their confidence when attacking the rim.

Cleveland thrives off of good defense, and without him, their top-tier defense dwindles down to mediocre at best. If Allen cannot return, rookie sensation Evan Mobley shall take on the center duties. His smaller stature compared to other bonafide centers, such as Brooklyn’s Andre Drummond, restricts his otherwise tremendous defensive capabilities.

Lastly, Allen’s rebounding is unmatched on the Cavaliers and across most of the association. When facing such a lethal offense like Brooklyn’s, limiting opportunities is a must. Therefore, not having Allen cleaning up the glass will tip the scales in the Nets’ favor even more. So, if Allen cannot dress, which seems to be the case, the pressure falls onto Lauri Markkanen and others to attack the boards.

These numbers display an advantage for Cleveland, but that’s only the case if the Cavaliers’ offense actually gets things rolling. Although their defense launched their success this year, they absolutely must score the ball better to advance in the play-in. Their leading scorer, Darius Garland, consistently carries Cleveland’s offense, but he needs more help.

Markkanen’s contribution this season varies day by day, but when it’s on, it’s on. At his height, guarding him is no simple task, especially since KD will likely be on Mobley. Therefore, to capitalize on Markkanen’s height advantage by creatively finding him clean looks, and not just from beyond the arc. The mid-range may be dying, but rather than the near seven-footer forcing deep threes, he should be sinking middies in the face of smaller defenders.

That said, Markkanen is the lesser worry here. Since the deadline deal, Caris LeVert is not living up to expectations, albeit LeVert’s battled injuries. Even so, the once high-scoring, high-potential Brooklyn Net and now Cavalier needs to be better, especially on offense. With the Cavs, LeVert is scoring five fewer points per game than he did with Indiana. Like Lauri, LeVert’s production has been very inconsistent. At times, though, his offense shines, and that’s precisely what they need in this play-in.

Cleveland’s defense is why they’re here, but it will be their offense that advances them. To pull off the play-in victory, Lauri and Caris need to score early and often.

3. Don’t Let the Moment Get the Best of You

Cleveland is a young team, no doubt. For many, this play-in game is their first taste of postseason basketball. To make matters worse, not many people out there are giving them a fair chance tonight, let alone in the subsequent play-in game. However, rather than letting all this talk crush their spirits, they got to use it as motivation. This concept seems simple-minded and not legitimate, but it could carry greater weight than people realize.

Furthermore, if Cleveland’s forced into an early deficit type scenario, all these things could come crumbling down and evaporate their motivation altogether. Facing well-known icons like KD and Kyrie in the playoffs is fun and all, but imagine what it’d be like to boot them into the eight-seed play-in. These young guns need to embrace their shortcomings and the media’s disbelief and do what they’ve done all year long: Shock. The. World.