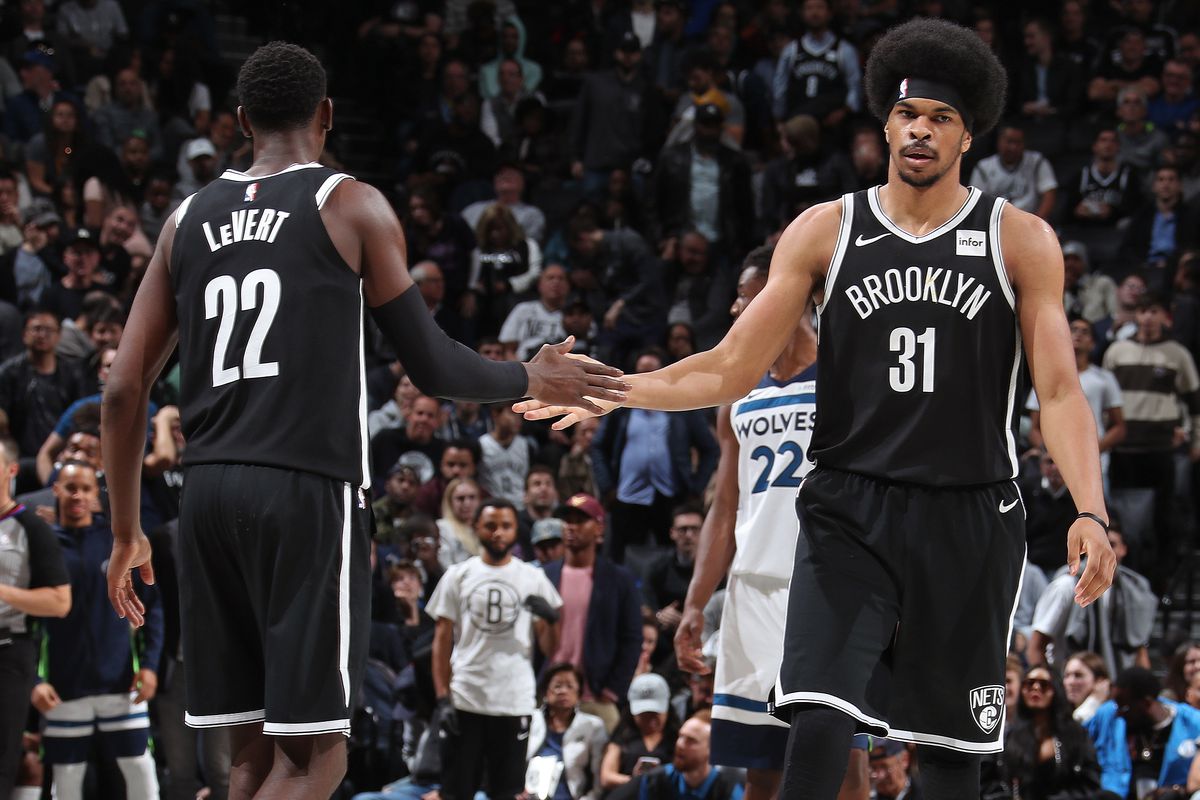 Where Things Stood: Back in March when the NBA season was put on halt due to the COVID-19 pandemic just getting started, the Brooklyn Nets were 30-34 with the 7th seed in the East, just one game ahead of the Magic, who are the 8th seed. They were 4-1 in the month of March, capped off by a big 104-102 win against the Lakers at Staples Center.

What’s Coming Up: With the restart rules the Nets should make the playoffs, but it’s not a guarantee because of how close they are to being out of the playoff picture. Should they end up as the 8th seed after the “seeding games,” then they’ll have to battle the 9th seed to secure their postseason spot. As it is now, if the playoffs were to start today they would face the Toronto Raptors in the first round, which would be their best-case scenario since they are nine games behind the 6th seed Philadelphia 76ers. If they slide to the 8th seed they’d face the team with the NBA’s best record, the Milwaukee Bucks. Here’s a breakdown of Brooklyn’s seeding game schedule.

Game 1: Orlando Magic – Being at 30-35 with the 8th seed in the East, the Magic haven’t quite met expectations, since they finished with a record of 42-40 last season. However, they did get gentleman swept in the first round of the playoffs last year to the eventual NBA champion Toronto Raptors. In their two meetings this season thus far, Brooklyn is 0-2 against them.

Game 2: Washington Wizards – At 24-40 the Wizards just made it by the skin of their teeth to Orlando as part of the restart. They missed the playoffs last season in the absence of their injured star point guard, John Wall, who hasn’t played a game since December 26, 2018. Reportedly however, there is a chance that Wall could make his long-awaited return from his ruptured Achilles in Orlando. For Washington it’s pretty much been a one-man show for the most part, with Bradley Beal leading the way. He’s averaging a career-high 30.5 PPG as well as a career-high 6.1 APG. With their star forward Davis Bertans announcing that he will be sitting out the Orlando restart, it’s going to be even more challenging. In their two meetings this season thus far, the Nets are 2-0.

Game 3: Milwaukee Bucks – The clear-cut elite team in the East this year is on their quest for a championship now that both LeBron and Kawhi are out of the East. They’ve been successful at it, capturing a league-best 53-12 record through 65 games. Giannis has been on a tear and he is surrounded by a plethora of role players. Therefore, you can pretty much look forward to them coming out of the East for the first time since 1974. In their only matchup this season, Brooklyn got blown out 117-97.

Game 4: Boston Celtics – The Celtics have been right on the heels of the Bucks for some time now, and with a 42-31 record and the 3rd seed, they’re a force to be reckoned with. Jayson Tatum is having a career season and Kemba Walker has turned out to be the perfect Kyrie Irving replacement for an elite team that has been gelling together all season. The Nets are 2-1 against them this year.

Game 5: Sacramento Kings – The Kings at 28-36 and the 11th seed are a long shot for the playoffs, but anything is possible since De’Aron Fox and Buddy Hield are having great seasons. That young core can definitely make a push. In their only matchup this season Brooklyn won 116-97.

Game 6: Los Angeles Clippers – The Clippers are the team many have winning it all this year due to the talented core of 2-time NBA Finals MVP and champion Kawhi Leonard, and Paul George. Around them from the top to the bottom of the roster they have a bunch of role players who are not only skilled but also aren’t afraid of getting scrappy to come out on top. For that reason they’ve been a tough matchup for any team they’ve faced this season. The Nets are 0-2 against them.

Game 8: Portland Trailblazers – The Blazers have had nothing short of a rollercoaster type of a season and it hasn’t been pretty. However, Damian Lillard and CJ McCollum have been playing at an All-Star level as they’ve been doing for years. Their newer teammate in Carmelo Anthony (should he opt in to Orlando) has added much needed offense for this squad as well, but it has only amounted to 29 wins, which has the Blazers sitting at the 9th seed and three games out of the playoff picture. Brooklyn won their only matchup against them this season.

Prediction: In these seeding games I think the Nets will go 4-4, winning both matchups against the Magic, Kings and the Wizards. If so, that would secure them their playoff spot. The question is though, if so, will it be enough to make it out of the first round unlike last year? Whether it’s the Bucks or the Raptors that are their competition, that’s going to make it a steep uphill battle for them.

How Effective Will J.R. Smith Be?
With The NBA Season Back On Course How Will The Magic Fair When It Returns?