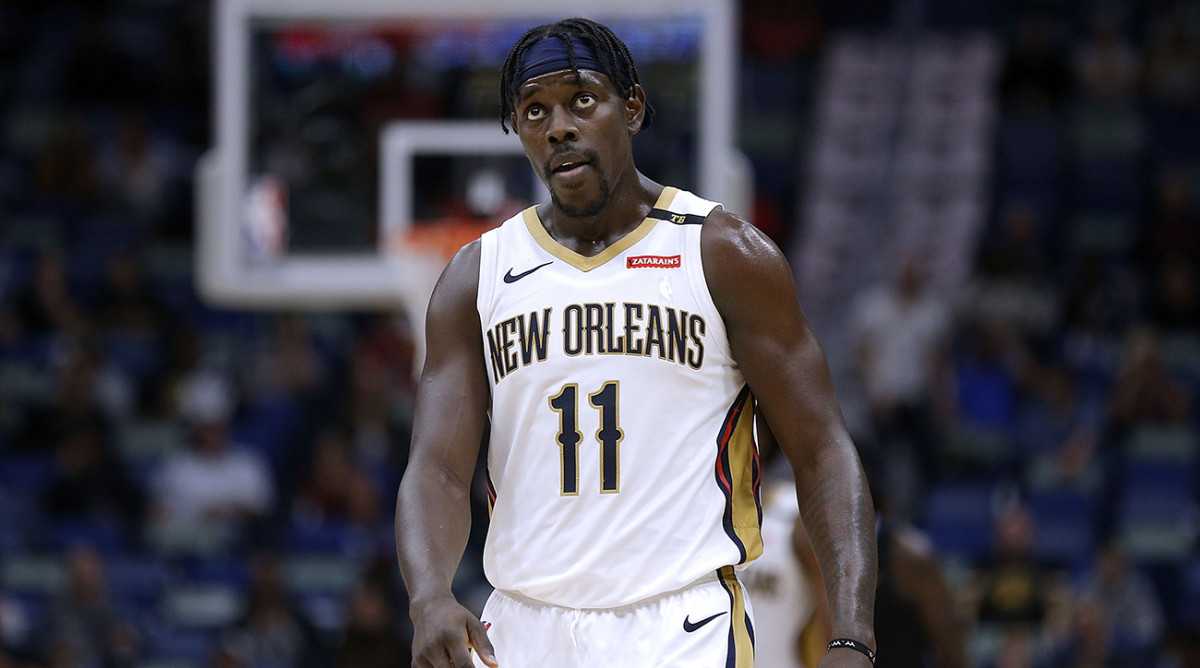 The NBA is no stranger to recruiting siblings, 61 sets to be exact. Moreover, many have played for the same team: Dominique and Gerald Wilkins, Tyler and Ben Hansbrough, Chris and JR Smith to name a few. But, I think we can all agree that it is far more interesting when siblings are on opposite teams. Here are some NBA sibling rivalry games that are on the current NBA roster.

Aaron and Justin vs Jrue Holiday: Pacers vs Pelicans

Last season, the Holiday brothers made NBA history by playing in the same game. Oddly enough, the Antetokounmpo and the Kosta brothers almost accomplished this title in the same month. However, all brothers did not actually play. Both Aaron and Jrue started for the Indiana Pacers. Although Aaron was the highest scored with 25 points, the New Orleans Pelicans took the blowout win (120-98). Jrue carried the Pelicans with 20 points, 7 assists, and three rebounds.

Despite making history Jrue feels it’s typical to him, “This is super normal for us. Everything we’ve ever done our whole life has been together. I think I watch them (their games) more than me.”

Although we were all certain the Warriors would win the Western Conference versus the Portland Trail Blazers, the Curry brothers were the reason to be fully engaged. Of course, the Warriors finished the series with a sweep. However, the sibling rivalry energy was at an all-time high. Game 3, Seth Curry had 3 steals from his brother and made three major shots in the fourth quarter.

Their parents, Sonya and Dell Curry, were not settling for cheering for just one son. No one will ever forget their custom jersey representing Seth’s jersey on the front and Steph’s jersey on the back.

At the end of the series when Steph Curry was asked about playing against his brother he said, “This was the coolest experience I’ve had playing against him. He was amazing tonight. Very timely. It worked out perfectly tonight. He played well, we won.”

During the 2018 season, the two battled in Boston. Marcus was a Celtic. Markieff was then a Wizard. For the bulk of the game, the scores were evenly matched, pushing the game into second overtime. Markieff ended the game with a 3 pointer that allowed the Clippers to win (125-124). Markieff scored 20 points and 7 rebounds. But it was a season high for Marcus, dropping 31 points, 9 rebounds, and 2 steals.

Marc vs Pau Gasol: Pick a Game, Any Game

The Gasol brothers have made history for the only NBA brothers whom each won a championship separately. Pau twice in 2009 and 2010 with the Los Angeles Lakes. Last season, Marc became a champion with the Toronto Raptors. The two have faced off thirty-five times in the NBA, which Pau has won 22 of. In the playoffs, Pau is 4-2 with his brother in wins.

There are so many other sibling rivalry games and not just in the NBA. With the Antetokounmpo, Kosta, Dragic, Curry, Morris, Holiday, and Smith brothers, there should be more to come next season.

Pete Pranica on the State of the Memphis Grizzlies
Jason Kosmicki: Behind the Mic