NBA Time Capsule : Where will draftees be in five years and beyond? 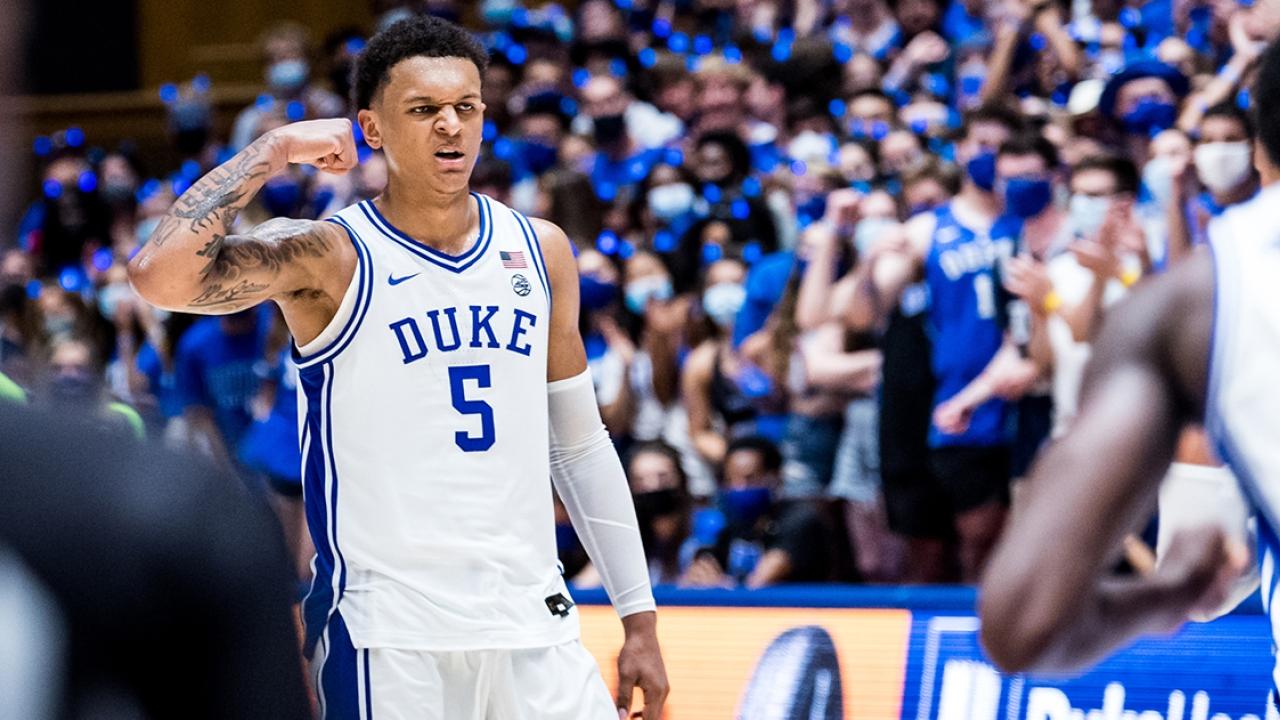 Speculating how an NBA player’s career will go is no easy task, however, I will still attempt to do so, and give my thoughts on the future of the 2022 draft class. I am imagining where each of the listed draftees will be after the 2026-27 NBA season. This gives each player five seasons to prove themselves in the league. Also note that the statistical predictions are for the 2026-2027 NBA season(five years from now).

I suspect Paolo Banchero to be a generational talent. His fluidity and natural scoring ability with legitimate Power Forward size is rare. He has time to develop his long range shooting, which appears to have potential. Banchero cares about winning, and will improve vastly on the defensive side of the ball. If he stays in Orlando and they get a few other recent draft picks to reach their potential, the Magic will be one of the best teams in the East five years from now.

I don’t know that Holmgren’s offensive game will translate right away, but he does appear to be a hard worker and should add some muscle given time. His 7’6” wingspan and defensive instincts make him the type of player that you cannot pass on. He is a natural shooter and has shown some promise shooting and driving off the dribble. His scoring numbers make take a few years to reach All-Star level but,  Chet Holmgren will be special.

Jabari Smith Jr. is already NBA ready. He is a gifted shooter and athlete, and he loves to win. He has proven extremely coachable and capable of improving individual facets of his game. I expect him to stay in Houston and grow alongside Jalen Green. His efficiency has been a concern, but I imagine he will take more threes and shots in the paint as opposed to inefficient long twos. In my eyes, Jabari Smith is the most likely candidate to alter the course of a franchise. Houston got lucky.

Keegan Murray is going to be a perfect third-star for a championship level team down the line. As a 6’8” wing with natural scoring abilities and defensive prowess, there is virtually no way that Murray is not effective in the NBA, barring an injury. He will develop into the type of do-it-all player which is so highly coveted in today’s league.

I see Jaden Ivey becoming a high-volume scorer very quickly. These numbers are bold, but you cannot overlook Ivey’s star potential. He’s the type of guard to have a put-the-team-on-my-back type of attitude, and I expect him to deliver. His game has developed over time as he became a certified three-level scorer at Purdue this year. He is also the kind of athlete who will fill up the stat sheet even when he’s not scoring. His versatility and raw athletic ability bodes well for his future in Detroit or potentially elsewhere.

I see Mathurin blossoming into a Jaylen Brown type player. As of right now, he is more of a shot-maker than a shot-creator. His frame and body control leaves room for growth, though. He will be a starter for his entire career I imagine because of the demand for three and D wings right now, but he will become so much more than that with time.

Let me preface this by saying Shaedon Sharpe has all the intangibles and measurements to become a superstar. Whether he actually becomes one is mostly up to him. He is young and immature, and I don’t necessarily think he will outshine Mathurin or Ivey, at least not early on. He has the highest ceiling of the three, though, which makes him an interesting player to keep an eye on as his career develops. His scoring ability and athleticism will keep him in the league 100%

I see Daniels’ upside. He is a playmaker and oversized for his playmaking abilities. However, his sub fifteen points in the G League this year did not impress me, and honestly he strikes me as much more of a role player. If he develops his jumper, he could potentially start somewhere. Most of his playing time will be contingent on that.

Jeremy Sochan is already a multi-positional defender. He won’t be on your Instagram feed with highlight plays, but Spurs fans are gonna love him. He has shown that his jumper has potential, and once that is solidified, he becomes a pretty decent two-way player. He has excellent passing vision which leaves room for growth as a playmaker as well. As he adjusts to the NBA, he should become a do-it-all, glue guy. He will make his money on the defensive end, though.

Scouts have chosen ‘Three and D’ wings over more athletic wings with a mid-range game in the past. Johnny Davis is by no means incapable of shooting the three. He made a few circus shots from downtown when it mattered most for the Wisconsin Badgers this past season. His upside comes more from his overall athleticism and ability as an on-ball defender. I see Davis being a consistent scorer right away, and gradually advancing the rest of his game with time. Davis is confident for a reason ; he is a dynamic scorer with a great feel for the game and ability to make shots when it matters most.

Jalen Williams is built like a star and plays like a star. There is no reason he cannot be one of the best players in this class. At 6’6” with a 7’0” wingspan, Williams is an incredible shot creator and playmaker. He plays hard on the defensive end, jumping into passing lanes and closing out on shooters or smaller guards. He gets rebounds, dives for loose balls, and doesn’t take any plays off. His game has no holes. I imagine he will become the perfect second-option scorer for OKC.

I imagine Mark Williams in five seasons to be the type of player that Robert Williams III is. He has a massive reach and knack for swatting shots all over the court. His scoring could use some work, but he has proven somewhat effective in the post. He was incredibly efficient in college and his work ethic should lead to some offensive development. Mark Williams will stick in the league because of his willingness to do the little things.

Branham is young, hungry, and naturally gifted. He has dynamic three-level scoring, with a deep bag of mid-range tricks as well as crafty layups. He can also be a high volume three-point shooter. His defense has improved and will continue to improve barring any setbacks. The Spurs could afford to swing on a potentially great talent with Malaki Branham at pick twenty. Branham probably should have been a lottery pick.

It would be a stretch to say that Wendell Moore Jr. has star potential. However, he has a desirable skill set and a maturity beyond his years on both ends of the floor. He will do the little things needed to win. He plays hard nosed defense, and is unselfish both in transition and in set plays. He makes timely cuts and can get to his shooting spots off the ball as well. The Timberwolves may get more bang for their buck after selecting Moore at twenty-six.

When the normally disciplined Warriors front office selected Patrick Baldwin Jr. with the twenty-eighth pick, I was shocked. Other than his athleticism, he doesn’t appear to offer any real NBA skills. He was highly touted out of highschool, so maybe that’s the reason for the home run swing. I don’t see him sticking.

Nembhard is not an incredible athlete, which is why he wasn’t picked any earlier than thirty-one, the first pick of the second round. He showed the ability to control the game during the NBA Draft Combine scrimmages, scoring twenty-eight points in one of his few games. He also showed that his playmaking ability translates beyond Gonzaga’s top offense. He is fast enough to run the break, and mostly makes good decisions on the offensive end. He sets up teammates and scores when he needs to. He will play good rotation minutes and be a key role player for a team in the future.

Max Christie – In and out of the G League

Max Christie was mediocre in college at best. His appeal comes from his ‘three and D’ frame, but in order to fit the mold, he will have to actually make threes. Even if he does that, though, he has little else to offer in an NBA rotation. He might stick on a roster as a two-way contract player, but I don’t see him contributing much.

Jaden Hardy was arguably the best player for G League Ignite last season. His shooting percentages weren’t great, but he was often the only true scorer on the floor at times. With NBA spacing, and a little less focus on him defensively, I expect him to produce more efficiently. He could stick with the Mavericks being that Jalen Brunson and Spencer Dinwiddie both may not be on next season’s roster. I see him developing into a natural, go-to bench scorer and possibly a starter later on.

Bryce McGowens showed flashes of greatness last season at Nebraska. His three point numbers weren’t great, which is why he wasn’t drafted in the first round. He is stepping into a Hornets team that conveniently needs a quality wing off the bench. McGowens has a bit of a Rudy Gay type of game, and I think he will only get better with time.

E.J. Liddell has all the right tools to stick in the NBA. He rebounds, plays bigger than his size on defense, and is patient and a veteran offensively. He’s got a nice set of post moves, and his mid-range game is increasingly consistent. He also developed a semi-reliable three point shot last season at Ohio State. He will hustle his way onto the Pelicans roster and be in the league somewhere for a while.

Moussa Diabate is extremely raw as a prospect. Some may call him boom or bust because of his frame and potentially good mobility, but I just don’t see much talent here. He didn’t impress me at Michigan. His offensive game is unpolished and he has an ounce of defensive promise. Diabate will be one of many who don’t quite make it in the league.

Just for fun, here’s a list of guys who went undrafted that I think could stick in the league.

Are the Mavericks finally back in NBA contention?
2022 NBA Draft: First Round Analysis