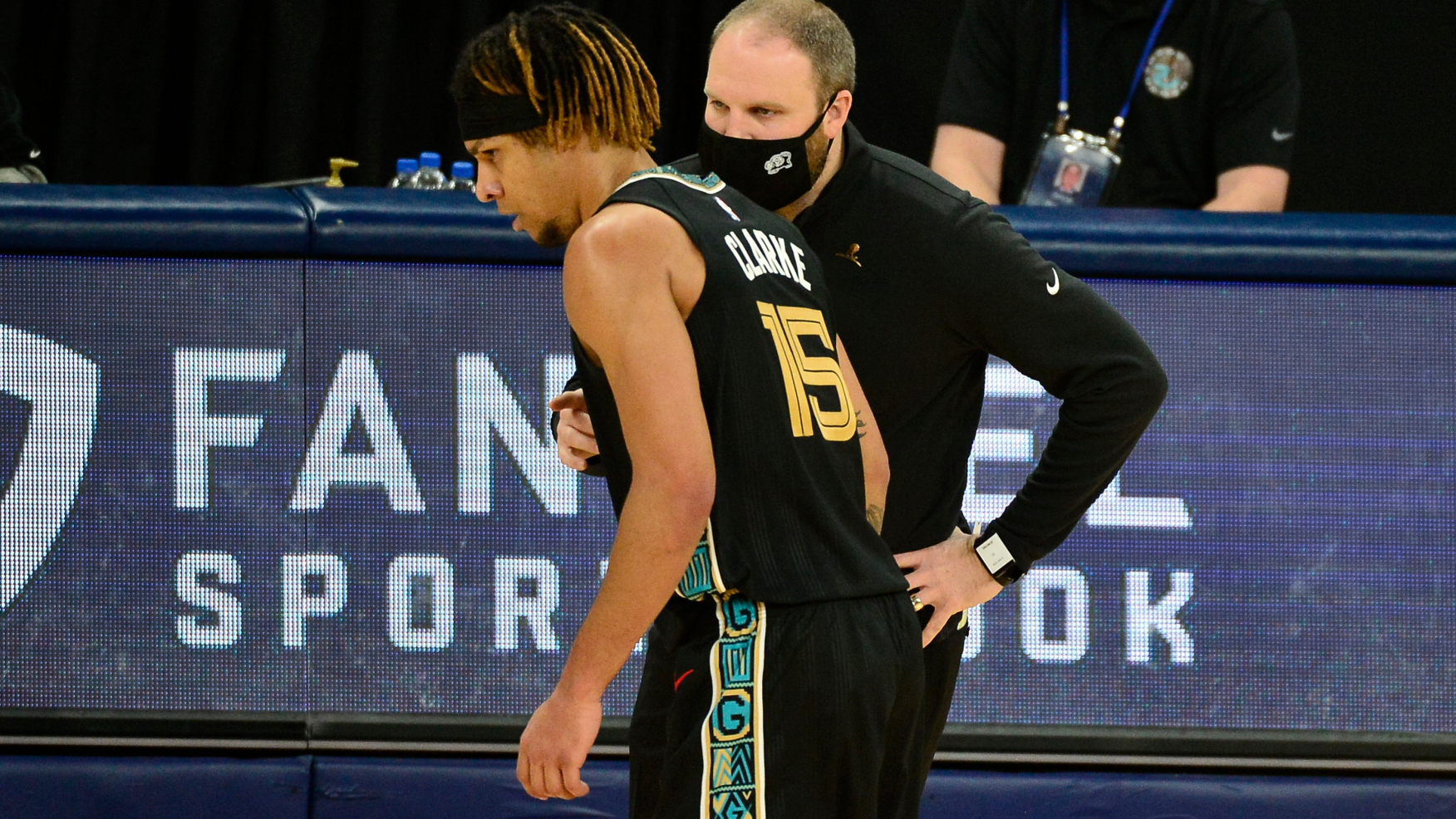 If the NBA’s Orlando Bubble was a carefully-run marathon of precaution, testing, and protocols, then the 2020-2021 NBA season has already lost one of its legs midway through the first mile. Teams are still adjusting to empty arenas, players are testing positive, and games are being postponed without any consistent reasoning. It’s been a season categorized by great play through disarray.

Take the Memphis Grizzlies as an example. On Wednesday, they played 34 minutes against Karl-Anthony Towns, who subsequently tested positive for COVID-19 on Friday. The Grizzlies then played the Philadelphia 76ers, whose next game against the Oklahoma City Thunder was cancelled due to contact tracing. Despite that, the Grizzlies still played their next game against the Phoenix Suns (who themselves had their last three games postponed), even with Jonas Valanciunas held out due to safety protocols. It wasn’t until Wednesday that Memphis’ next four games were cancelled. I can’t think of any consistent reasoning of why the Grizzlies were allowed to play on Monday. Except for one. The NBA hasn’t cancelled a single nationally televised game this entire season–I’m sure they didn’t want to stray from the course on Martin Luther King Jr. Day, one of their most important slates.

I feel the need to give the NBA some credit for outperforming expectations for a long while. I did not think the Orlando experiment was going to work. At all. I was sure that one bad decision would’ve led to a complete shutdown, and though Lou Williams’ trip to Magic City almost popped the bubble, I’ve never been more happy to be incorrect. The fact that it’s taken the NBA this long to have COVID cause real problems with their scheduling is a testament to their planning, not a knock against their organization.

That being said, I have some serious problems with the way that the NBA has handled their first full season under the pandemic. The way I see it, they had two options: prioritize safety or prioritize revenue. Ethically, prioritizing safety would have most likely led to a cancellation of the season. Though this would minimize risk, it would have been a financial disaster for a league that already lost a significant chunk of their revenue putting on the Orlando Bubble. There’s a good chance that the NBA as we know it could’ve seized to exist.

Since a full cancellation was off the table, one might have expected the NBA to go full NFL in its approach: oh, half your team is missing? Too bad, you’re fielding a team whether you like it or not. Instead, what we ended up getting was a mushy middle of the two approaches, the NBA’s priorities seemingly shifting with the tides. What’s more, there’s a complete lack of transparency to their decisions. Want to know how many Grizzlies tested positive? Too bad. Want to know how long they’ll be out for? Nah. Want to know that the games are being cancelled more than two hours before they start? What are you, an NBA journalist?

That being said, I think I’ve come up with the perfect solution to prevent games from being postponed. For context, think back to the Grizzlies’ recent cancellations. The NBA’s press release states that they’re unable to field a team of more than eight players– thanks to the NBA’s lack of transparency, we have no idea whether that means Memphis had two or seven players available. Obviously, if the entire team had to be quarantined, no protocol gymnastics could save an upcoming game. However, let’s say that the number of available players was closer to six or seven. Crunching the numbers, that means that about 50% of the team is available to play.

Obviously, with a 15-man active roster, missing half your roster pretty much disqualifies you from fielding a rotation. However, if you increase the number of roster spots to 20, missing half your roster still allows you to wheel out ten players on the court, enough for a coach to have a backup for each of their starters. Ideal? Probably not. But if the NBA wants to maximize the amount of games on their schedule, it’s probably the best way to achieve that.

Granting teams five extra roster spots poses a slew of logistical questions, so let’s attempt to take care of those. For starters, teams would have two manners in which they can fill those slots. First, teams would be allowed to assign any member of your G-League affiliate a permanent spot on your roster. Though this won’t generate much name value, it’ll certainly provide teams with players used to balling out under their system. However, I believe the alternative method of acquiring players that I’ve invented is by far the more entertaining one.

Here’s the idea. In place of the All-Star Game, the NBA can present whichever desperate network they choose with an offer they can’t decline: a first-ever midseason draft, in which teams are able to draft free agents to their rosters. At the very least, the first round could be fascinating. Think of how much fun it would be to welcome guys like Jamal Crawford, Lance Stephenson, and Mo Speights back into the league in full tongue-in-cheek fashion. People LOVE the tradition of celebrating Mr. Unimportant, the last pick of the NFL draft. Why not expand that concept for an entire round of draft coverage?

Ratings aside, I think the ancillary draft would generate a heightened sense of connection to bench players. It’s clear that Celtics Nation’s love of Tacko Fall is one of the league’s most interesting dynamics–now imagine having a universally beloved bench player on each team (LiAngelo Ball, Salah Mejri, and Admiral Schofield come to mind as interesting candidates). Aside from the shot to secure a long-term place in the league, we’ll also incentivize the players with NBA scale minimum contracts.

Though admittedly half-baked, that’s my solution to keeping the NBA’s revenue afloat, ensuring the maximum amount of games played while hopefully improving the level of entertainment from a fan’s perspective. While not a perfect plan, I certainly think it would make for a more coherent handling of the pandemic than the job the NBA has done so far. But enough from me. What do you think the NBA should change about their COVID protocols? Let me know on Twitter @not_adamteich, and remember to stay safe.