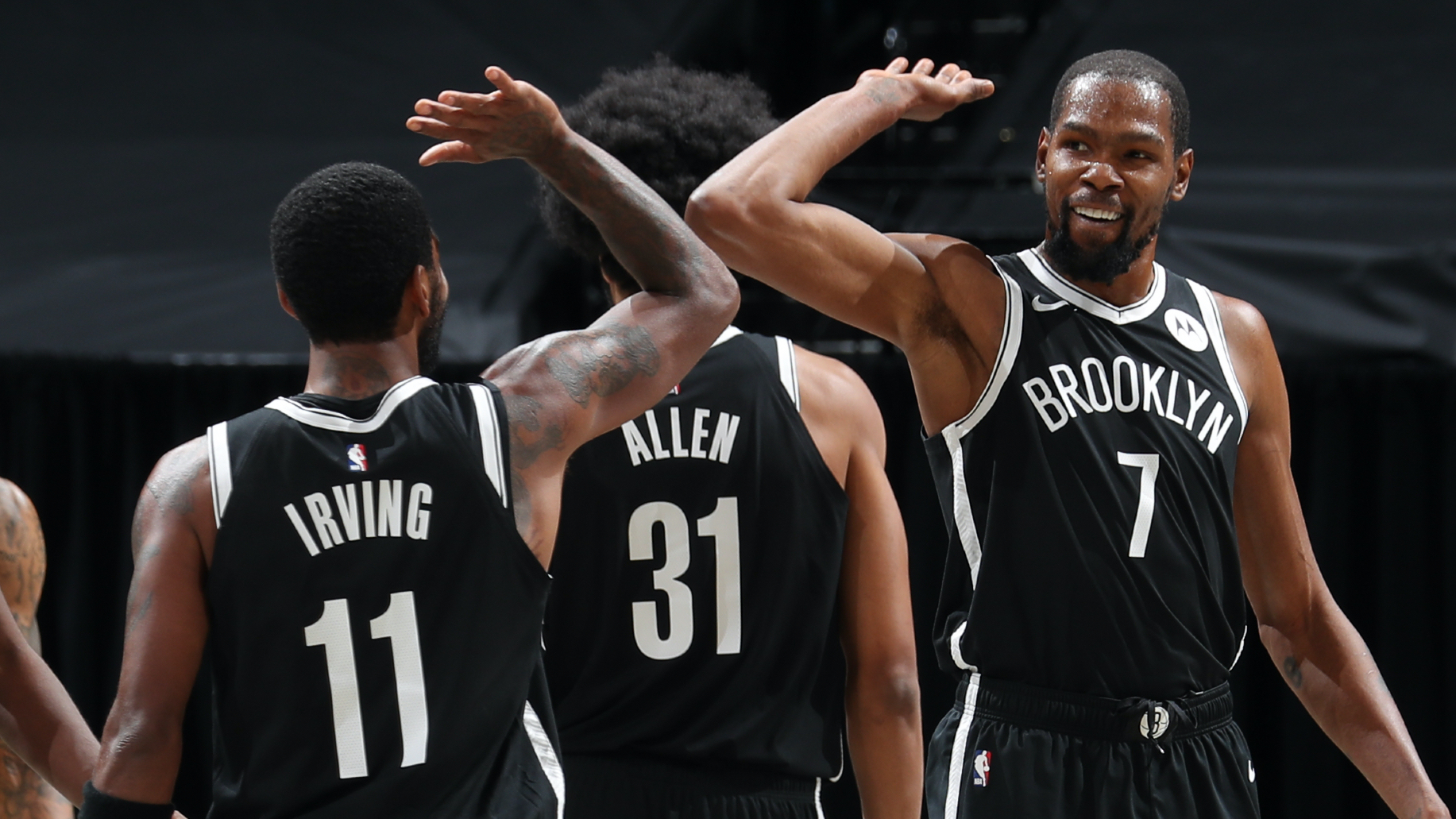 In the first half of their two-game homestand clutch 4th quarter play by Kyrie Irving leads the Nets to a 145-141 victory against the red-hot Atlanta Hawks. Brooklyn is now 3-2 on the season.

“In the case of Ky, he just was having an off night up until the fourth,” said Head Coach Steve Nash. “He finally got his rhythm and I think that gave him juice. We tried to put him in situations that he could thrive in with an open floor and space it out for him and he could attack the big and he was obviously wonderful in the 4th quarter…Ky definitely brought us home.”

Fortunately for the Nets, the other half of their dynamic duo didn’t have that bad of a game either. Kevin Durant was just two assists shy of a triple-double getting 33 points, eight assists and 11 rebounds. KD was clutch late in the game as well, scoring 16 of his 33 in the final period. So together “7/11” (as KD and Kyrie like to call themselves) combined for 33 of the Nets’ 43 4th quarter points. This was much needed, since Brooklyn started the 4th quarter down 104-102.

Coming into this matchup on a two-game skid, the Nets started tipoff with a chip on their shoulder and they played like it tonight. Offensively they were in a great rhythm as they shot 54% FG, 46.3% 3FG and dished out 30 assists, their highest total thus far in the season. They also had their way in the paint against the Hawks 62-50. Winning the battle down in the paint is something that Brooklyn is used to, having finished the 2019-20 season ranked 9th in points in the paint per game.

Lastly, Brooklyn only committed nine turnovers, so efficiency was the name of the game for them.

The icing on the cake was the supporting cast in this one, as seven different Nets players scored in double digits. Behind KD and Kyrie, Joe Harris was the third-highest scorer with 23 points (13 in the first half).

In the second half of this two-game homestand the Nets face off against the Hawks again on New Year’s Day 7:30 p.m. ET.