Nets Add Another NBA Champion To Roster Before All-Star Break 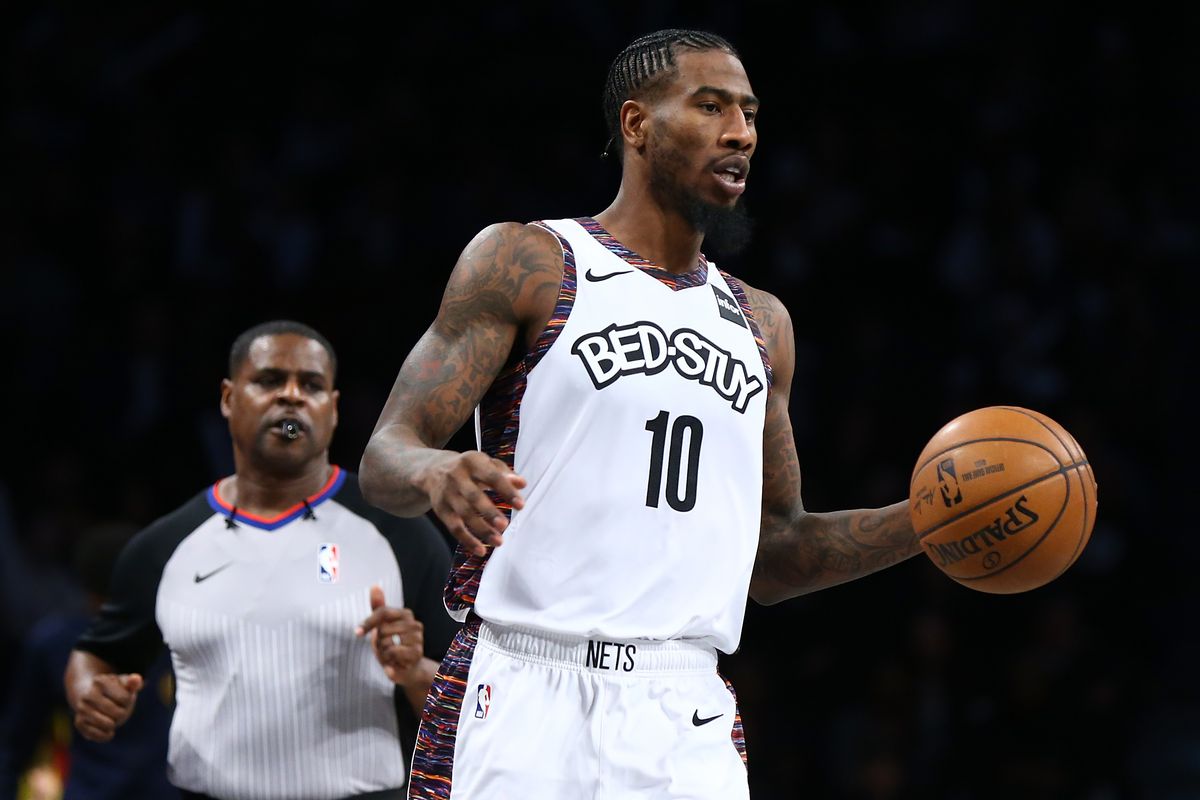 It’s official, the championship-contending Brooklyn Nets just got a little deeper on this Saturday. NBA champion G/F Iman Shumpert just signed a deal with the Nets according to The Athletic’s Shams Charania.

Shumpert has been a free agent since December 12, 2019, when the Nets waived him after Wilson Chandler finished serving his 25-game suspension for PED use.

He only played 13 games in this brief stint with Brooklyn, in which he averaged 4.2 PPG and 2.6 RPG. However, let’s address the elephant in the room. Shumpert isn’t really known for being a stat sheet stuffer, but instead is known for doing all of the things that don’t show up in the box score.

After all he was a key contributor to the 2016 Cleveland Cavaliers’ championship run.

With Shumpert now joining the Nets, he brings a lot with him. To begin with he brings championship experience and that is exactly what this team needs as contenders. Not to mention that he will also be joining his former Cleveland Cavalier teammate Kyrie Irving who won the title with him back in 2016. In his prime he was able to defend the opposing teams’ best perimeter player and is able to guard 1-3. If he is able to get back to 2014 or 2016 form that only makes Brooklyn that much better.

It’s never a great sign when you have to rely on a player whose last productive season was…*checks notes*…five years ago. Let’s not mince words–Shump’s been a waste of space on offense since the ‘16-17 season. Instead of playing as an effective three-and-D player, he’s taken up the profession of posting horrifying numbers. In his last season, he shot 32.8%–from the field. Of all the players who managed to post even worse shooting stats last year, only one remains in the league. That player is Al-Farouq Aminu (sorry, prince)–and even he was able to post a prettier number than Shumpert’s 24.2% shooting from deep. There’s a good argument to be made that Brooklyn just signed the worst shooter in the league.

But Adam, you say. Brooklyn didn’t sign Shumpert for his offense, you big dummy. They have their big three for that! Well, sure–but that doesn’t take into account the effect that Shumpert could have on the Nets’ offense. Rolling out a perimeter player with questionable shooting can put the spacing of an offense in jeopardy. Fielding a player like Shumpert, with virtually no shooting, will doom it. Make no mistake about it, Shumpert’s going to be treated like Draymond Green on offense. Defenses will be thrilled to give him open triples and throw an extra defender at Brooklyn’s star players. This may completely tank the Nets’ offense. Don’t believe me? Just two seasons ago, Shumpert played in a similarly overpowered, Mike D’Antoni led offense in Houston. Their offensive rating (an estimate of points scored per 100 possessions) with Shumpert on the floor? 96. For some context, the lowest offensive rating in the league last year was 105.93–yikes.

You’re missing the point, you exclaim. They need Shumpert’s defense. I’d agree with you–if Shumpert’s defense was anything close to above average. Over the last few years, virtually all of his defensive metrics are hitting career-lows. His defensive win shares have almost hit zero. Only once since 2016 has his defensive rating (an estimate of one’s opponent points scored per 100 possessions) dipped below 112, a mark that would’ve been 12th worst in the league last year. Teams just don’t play great defense with Shumpert on the court.

As for the eye test, there’s not a ton of footage out there to evaluate. But I will present the reader with this–search up “Iman Shumpert Defense” on YouTube. The top three videos are from three, five, and seven years ago.

If that’s not a sign that he’s washed on D, I’m not sure what is.

And one final note– The Nets have been scoring 117 points per 100 possessions this season. If you sent Iman Shumpert to the free throw line every single possession for 100 possessions, the Nets would score 114 points–he shot 57.1% from the free throw line last year. If you want to get used to Hack-a-Shump, be my guest. On an offense with three of the most talented scorers of all time, I’d prefer otherwise.

Well, now that we have our dose of optimism and skepticism all we can do is wait to see how Shumpert fits into Brooklyn’s offensive and defensive schemes. It has yet to be reported how soon Shumpert will play for Brooklyn, but if he passes his physical and COVID-19 protocol, the Nets’ next game is tomorrow against the Washington Wizards at 7:00 p.m. ET on NBATV.

Why Load Management Worked For Kawhi In Toronto, But Not In L.A.
UFC Vegas 18 – Enter Manel Kape