Nets Eliminated By Bucks But Not Surprisingly 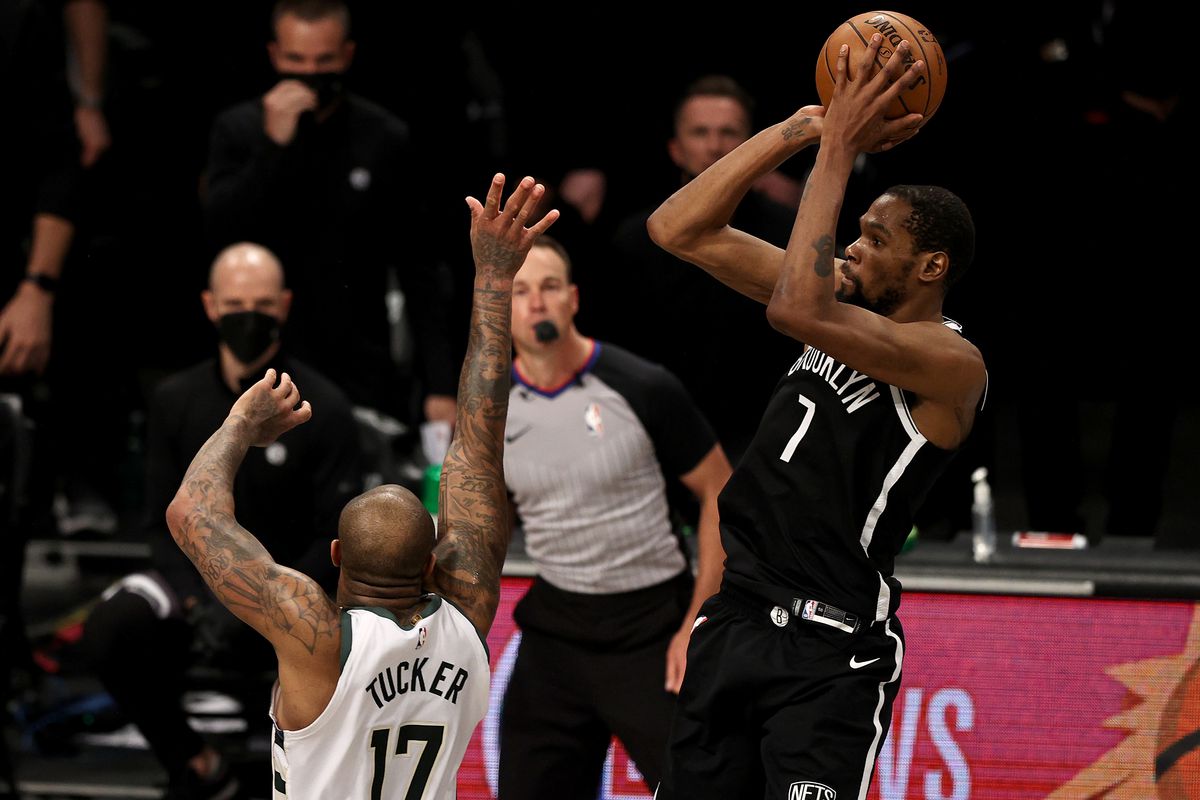 In heartbreaking fashion, the heavy title favorite Brooklyn Nets’ season ended on Saturday at the hands of the Milwaukee Bucks, due to two factors, health and below average play. The former has been the topic of conversation all season due to so many players being plagued with injury as a result of this shortened season.

Ever since the NBA schedule for this season was released late last year, the issue raised a lot of eyebrows because the previous season had just concluded in the bubble. The Los Angeles Lakers won the championship in October and then had to report to training camp less than two months later on December 1 and start the season on December 22.

Even LeBron recently went on a twitter rant about it.

“They all didn’t wanna listen to me about the start of the season,” James tweeted. “I knew exactly what would happen. I only wanted to protect the well-being of the players which ultimately is the PRODUCT and BENEFIT of OUR GAME!”

He has a point. James, Anthony Davis, Kevin Durant, James Harden, Kyrie Irving, Donovan Mitchell, Mike Conley and Jamal Murray (just to name a few) all missed significant time this season due to injuries that nagged them.

For some of these it was worse timing than others because it was at the end of the season when they either were about to start the playoffs or during the playoffs.

Not to play the would have should have could have game but if we’re being honest, if health wasn’t as big of a problem this year as it was, the remaining teams in the playoffs could potentially look a little different. Because that’s not the case though, seeding just plain and simply hasn’t mattered in this year’s edition of the postseason.

With all of that being said, injuries definitely played a role in last night’s collapse in Brooklyn. Harden hasn’t been anywhere near 100% since reaggravating his hamstring earlier in the playoffs. Also, Kyrie Irving going down with an ankle sprain last Sunday didn’t help. It made it so Kevin Durant had to take on a heavier scoring load than he’s had to since his OKC days. It also didn’t help that Brooklyn’s role players were playing their roles on a consistent basis.

Against Milwaukee, the supporting cast was spuratic at best with inconsistent contributions from Joe Harris, Jeff Green and Blake Griffin.

This past weekend the Nets got in their own way, and that’s why they came out of the game with a loss. They took 39 threes and only hit 12 of them, going 30.8% from deep. They also turned the ball over 13 times and only scored 9 fast break points. The fast break points were more uncharacteristic of them than anything, because Brooklyn is in the top-10 in the league in fast break PPG.

So, needless to say to go out playing in a way that is below their standard is disappointing, but given what the Nets had they definitely gave it their all, and that seems to be the consensus in the Brooklyn locker room.

“I wasn’t even planning on losing…so I don’t even know how I’m [going to] feel,” said Durant. “I’m always thinking about our team and how we can get better…but for us we just try to get with each other this summer, keep grinding and come back next year.”

Takeaways From Milwaukee Bucks’ Game Seven
What’s Next For The Utah Jazz?