Nets Make The Most Out Of Their Scrimmage Play, Here’s How 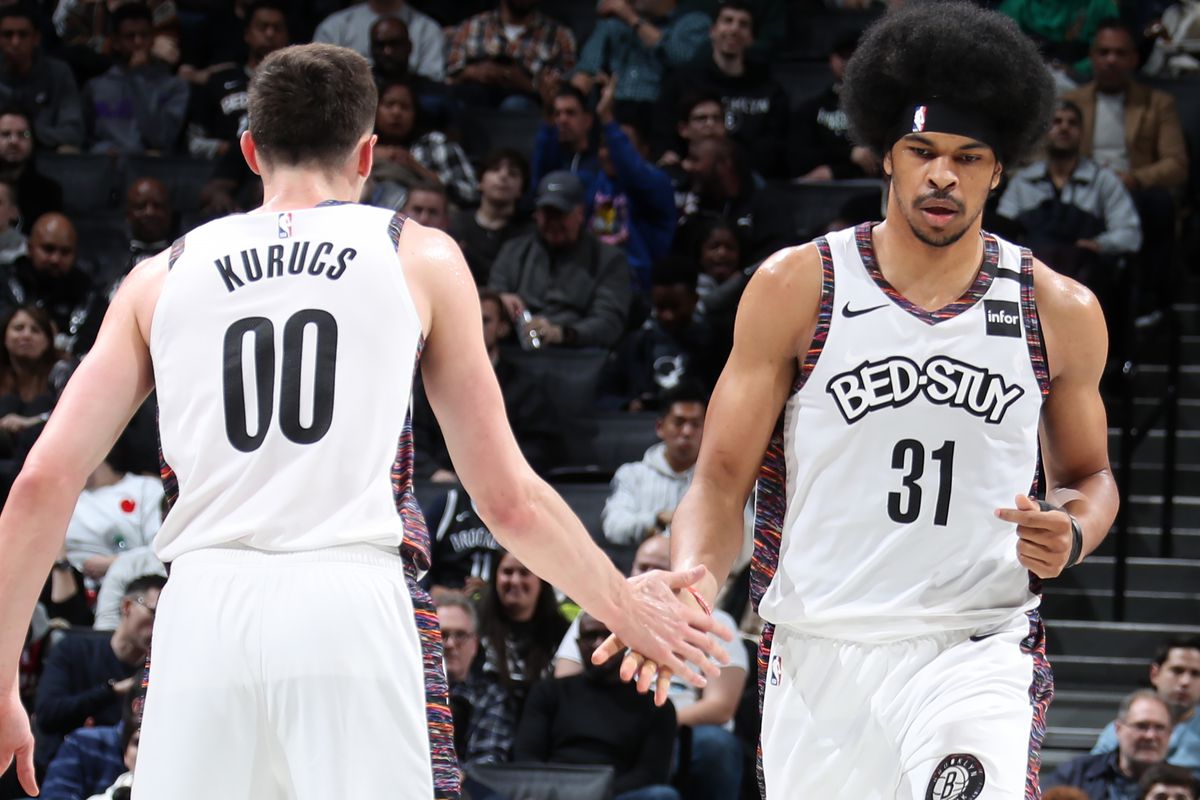 Well, the time has finally come. After 141 days of no regular season basketball, the NBA is officially back today as 22 teams down in Orlando are set to compete for an NBA championship. One of the teams is none other than the 7th seed Brooklyn Nets, who seem to be ready for the return as a result of their scrimmage play.

Now to be fair unfortunately out of the three scrimmage games that the Nets have played in they’ve went 1-2. However statistically in most categories they’ve gotten better in each game. The three opponents they faced are the New Orleans Pelicans, San Antonio Spurs and Utah Jazz.

The Pelicans game was a blowout where they got beat 99-68, their lowest point total of the entire season. It’s safe to say they had some rust to shake off but they’ve learned from that game as a team and the stats have showed.

In the matchup against New Orleans Brooklyn only dished out 14 assists, which was also a season-low for them. They grabbed 34 rebounds (-14 than their average). Lastly, they were inefficient shooting 35.2% FG and 25% 3FG. In all of these categories the Nets progressively improved (except their last matchup against the Jazz where they scored 17 points less than their dominant 124-point performance against the Spurs).

In the three scrimmage games they’ve averaged 99.6 PPG, 22.6 APG, 41.3 RPG, 41.4% FG and 30.8% FG. All of these are relatively close to their season averages pre-COVID-19. This is nothing short of impressive considering the Nets are down in the bubble without Kyrie Irving, Kevin Durant, Spencer Dinwiddie, DeAndre Jordan, Wilson Chandler, Taurean Prince and Nicolas Claxton.

As the Nets are only a day away from their first seeding game against the Orlando Magic, they’ve got to be feeling good as a result of their progress, however their road to the playoffs will be a challenging one. They have eight seeding games, and currently are the 7th seed, one game ahead of the Magic in the standings. Before the playoffs begin one of four things can happen for Brooklyn: they can hold on to the 7th seed and likely play the Raptors in the first round of the playoffs; they can end up fighting for the eighth seed in a play-in tournament; they can end up as the 8th seed and play the Milwaukee Bucks the first round or they can slide out of the playoff hunt altogether.

Will good things come from this Orlando restart for Brooklyn or not? We will see.

Sexism in Sports and Society
The Atlanta Falcons Off the Field