Nets Show World The Sky Is Not Falling 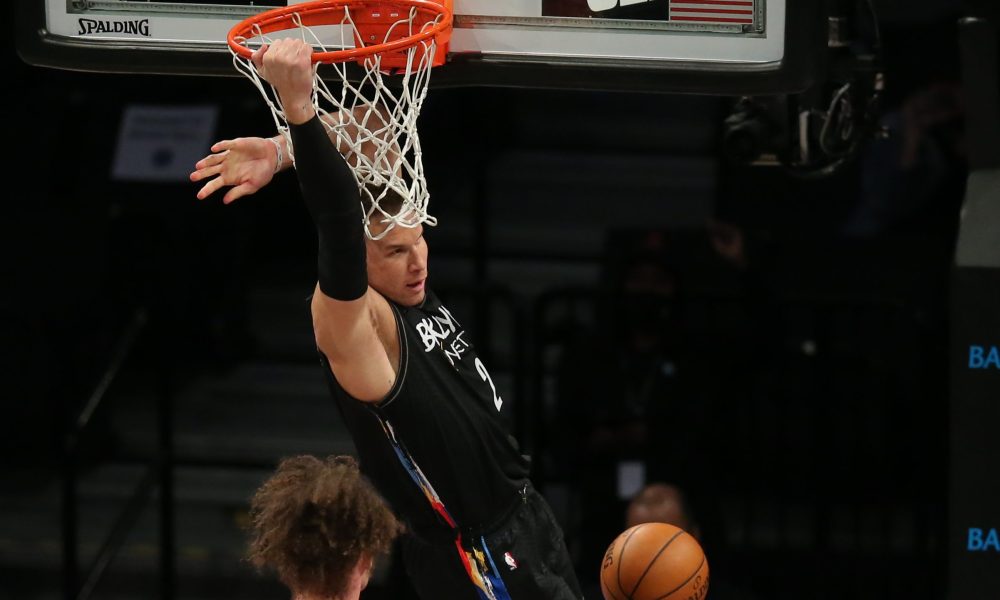 It’s no secret that the Brooklyn Nets recently found themselves in the longest losing streak of the season. The team and NBA Champion Kyrie Irving both get fined 35k for a violation in the NBA’s media access rules. Although it looked chaotic on the outside with the losing streak and the fine, the players remained composed and some were even grateful for the test before the playoffs started. Head coach Steve Nash had this to say after their 125-119 comeback win against the Denver Nuggets.

Head Coach Steve Nash had this to say after winning, “I’m happy for us to be uncomfortable right now,” Nash said. “I’m happy for us to struggle and suffer. I’m glad we won, but suffering and building that resolve and that understanding and that we don’t have that common experience, so these experiences when we’re on the mat are good for us, and I think our guys responded tonight. But I’m also OK with us suffering and being uncomfortable.”

Nobody likes being on a losing streak regardless if it’s two games, three, or four. On the bright side though with MVP James Harden being sidelined it has shown us that Blake Griffin is becoming a very important piece of the puzzle. Against the Denver Nuggets Griffin was a key factor in their comeback win. He finished the game with 20 points and had not one or two, but four three pointers in the third quarter. When asked what he saw on the floor in the third quarter that he took advantage of, Griffin had this to say.

“We were way more aggressive, spaced the floor well and hit shots. We didn’t hit shots or play well in the first half.” “We came out of the locker room in the second half and had a different air about us,” Griffin said postgame.

Which they did, their second half helped them overcome a double digit deficit.

Kyrie Irving has been in the headline all season, but after recently being questioned on his commitment Irving responded by dropping 31 points.

“We were embarrassed the last few games,” Kyrie Irving said after the game. “When I say embarrassing, I mean just not playing up to our capabilities and teams are just coming out and doing whatever they want and feel good. Guys that are on the opposing team, supporting guys on the team are having huge nights sometimes — that’s when it gets embarrassing when you’re not doing the little things for one another. Moving forward, we just learn from it.”

Kevin Durant did likewise leading the team with 33 points, 11 rebounds, and seven assists. Both Irving and Durant have yet again proved doubters that their chemistry is still as good as ever. During Durant’s post game interview he had several things to say, commenting on the comparison between him and Michael Porter Jr.

When asked about how the team rallied together in the second half Durant only had a few words which were more than enough to explain what happened.

“I think we understood what we were doing that second half.” said Durant.

After having a slight uncomfortable feeling before the playoffs. The Nets have shown the basketball world that no matter how things may look, they are still capable of showing discipline and determination to win as the regular season winds down.