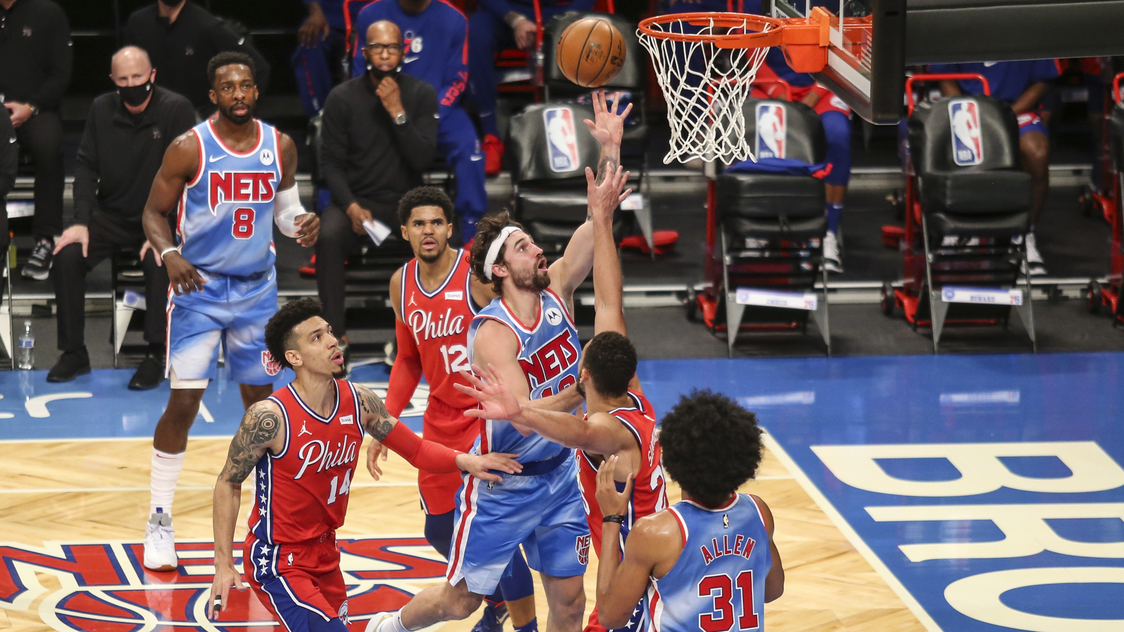 In an upset, a KD and Kyrie-less Nets come out on top against the league’s best 76ers 122-109, handing them their first loss in six games. This makes it two wins in a row for Brooklyn, after dropping four of their previous five contests.

The way the Nets played in this one it seems as though they’ve learned from their mistakes in their early season skid. Two of the most pressing issues during it were offensive rebounds and turnovers. They formed a habit of not pursuing second chance opportunities and getting sloppy with the ball. After watching this game though, you wouldn’t be able to tell.

Brooklyn dished out 30 assists (3rd time this season they hit 30+), and only turned the ball over 13 times. That’s improvement, considering how only two games ago they logged 20 turnovers and have hit the 17+ mark in four times out of their nine games.

“What did we learn?” said Nets Head Coach Steve Nash. “I think we learned when we play together, when we play hard, we don’t turn the ball over and we don’t give up offensive rebounds we’re tough to beat. We’ve known that but it continues to be illuminated with our performances here I’m just really proud of the guys for that effort.”

Something else that’s worked for the Nets is their three-point shooting. This seems to be falling under the radar but Brooklyn is ranked 5th in the league with averaging 14.4 3PM per game. Last night they made 15 threes, shooting 40.5% from behind the arc.

Joe Harris led the way for the Nets with 28 points, four assists and six rebounds. Caris LeVert also added a near triple-double with 22 points, 10 assists and seven rebounds.

“I think ‘next man up mentality’ is huge for us,” said LeVert. “We know with the shortened season playing almost every other day, every day sometimes we know that 1-15 has to be ready, and I think tonight we really took advantage of that opportunity.”

Shake Milton led the way for the 76ers with 24 points and seven assists. Joel Embiid added a double-double with 20 points and 12 rebounds.

The Hottest Team in the NBA: The Philadelphia 76ers
Kentucky Looks to Carry Momentum into Gainesville