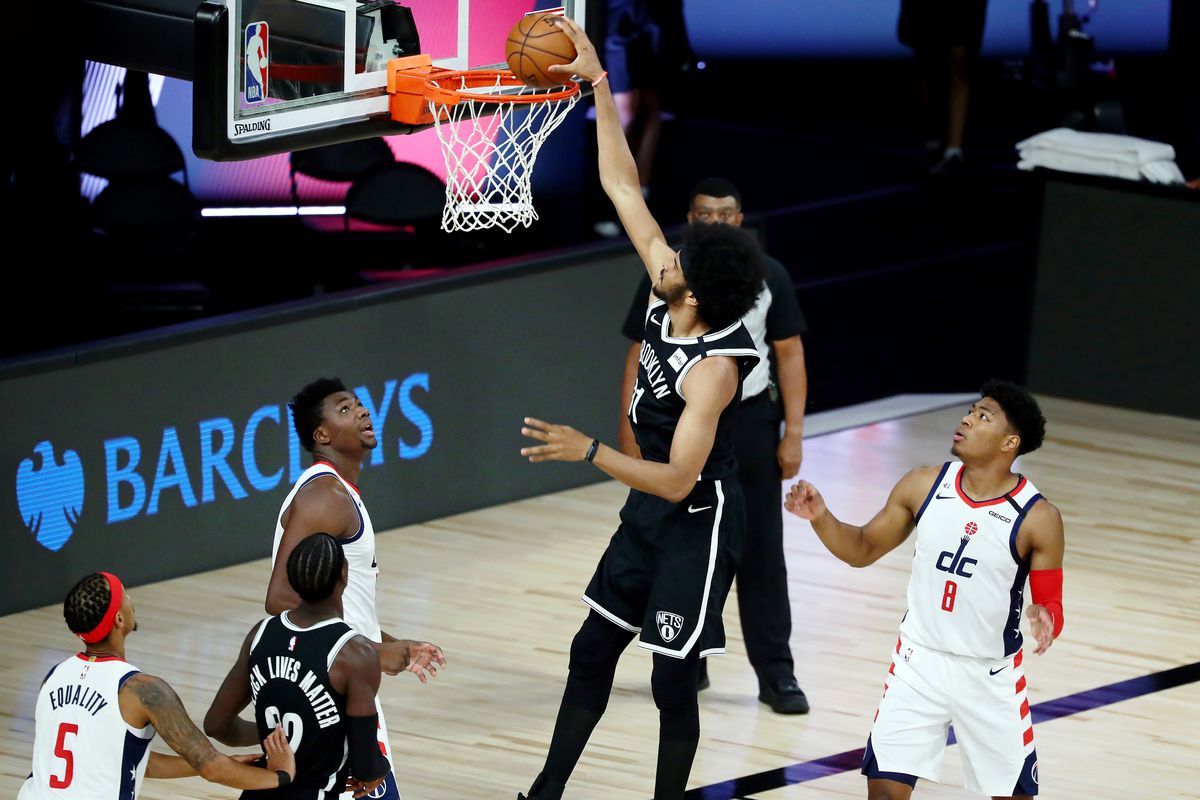 After dropping their first of eight seeding games to the Magic on Friday, the Nets bounced back yesterday with a 118-110 victory over the Washington Wizards, led by a dominant 34-point performance by Brooklyn’s leader, Caris LeVert.

This was a close matchup for most of the way. As a matter of fact, none of the first three quarters were won by more than three points, but Brooklyn pulled away in the 4th quarter outscoring Washington 35-25.

LeVert came up clutch, scoring 14 of his 34 points in the fourth, on 57% shooting from the field. He didn’t do it alone in this game though. Joe Harris added on 27 points, going 6-7 from deep. Jarrett Allen added a double-double with 22 points and 15 rebounds in dominant fashion. Lastly, Chris Chiozza scored 14 points and dished out six assists off the bench.

To cap off having things working well for them offensively, the Nets took care of the ball only turning the ball over 11 times (nearly -5 than their season average).

The Wizards had things working for them offensively as well, with five players scoring double digits (three off the bench), led by Thomas Bryant’s double-double with 30 points and 13 rebounds.

Up and down the box score in multiple categories these teams were nearly identical, hence why this game was so close for most of the way. However, one way that Brooklyn set themselves apart was by scoring inside the paint. That’s a category they’ve been dominating in all season long, even before the season was suspended. They average 49.6 PPG in the paint. In Sunday’s game they outscored the Wizards down there 52-42.

Sometimes sticking to what you know gets you the best results. For Brooklyn that certainly was the case.

For the Nets, they are now 1-1 in their seeding games, with six more to go. Tune in to their next matchup against the league-best Milwaukee Bucks Tuesday at 1:30p.m. ET on NBATV.