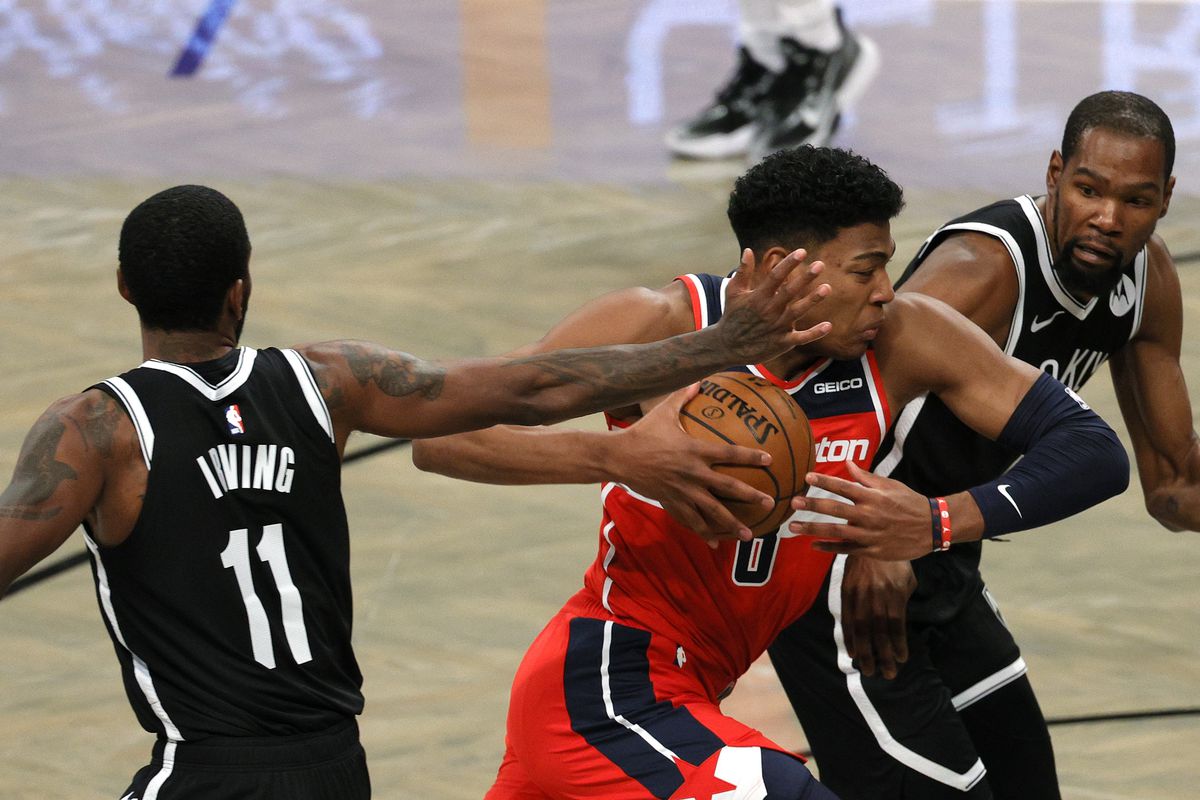 Brooklyn, NY – In their first time on the court together since signing with the Nets in July 2019, Kevin Durant and Kyrie Irving combine for 33 points to help the Nets top the Wizards 119-114. This was the first game of their preseason.

Chemistry wise many wondered if the close relationship between these two would translate into good on court chemistry as well. Well, after one game that’s no longer in question. In addition to this, Brooklyn threw a lot of different lineups out there and almost all of them worked.

At one point the Nets even held a 26-point lead over the Wizards. Going into halftime, Brooklyn had a 68-50 lead. Not only were they outscoring Washington, but they were making it very hard for them to score too.

That’s also when the dynamic duo of KD and Kyrie played together, both playing 17 minutes. In the second half Nets Head Coach, Steve Nash, decided to rest Kyrie, and Durant only played a little over six minutes.

“It felt good. Obviously, the circumstances are different. No fans in the stands and I know the Nets fans were looking forward to this day, but hopefully they enjoyed it on TV,” said Durant. “It’s the first step for me as a player you know getting back on the court, getting back into my routine. It felt good. It felt like I knocked some rust off early on.”

He certainly knocked some rust off, totaling 15 points on 5-12 shooting, grabbing three rebounds and dishing out three assists in 24 minutes.

In his last game (Game 5 of the 2019 NBA Finals) KD scored 11 points on 3-5 shooting and grabbed two rebounds in 11 minutes, before rupturing his Achilles.

This was just a step of course, as many hope Durant will be able to get back to his MVP form. As Nets fans wait though, they definitely have something to be excited about as the 2x NBA champion hasn’t really seemed to miss a step.

Needless to say, this is going to be one of the most of the exciting offenses of the year, so once they build their defensive identity, they’re going to be a force to be reckoned with in the league.

Will Dallas Mavericks’ Rookies Have What it Takes?
Time to panic? Kentucky falls to 1-4