Nets vs. Bucks: What We’ve Been Waiting For 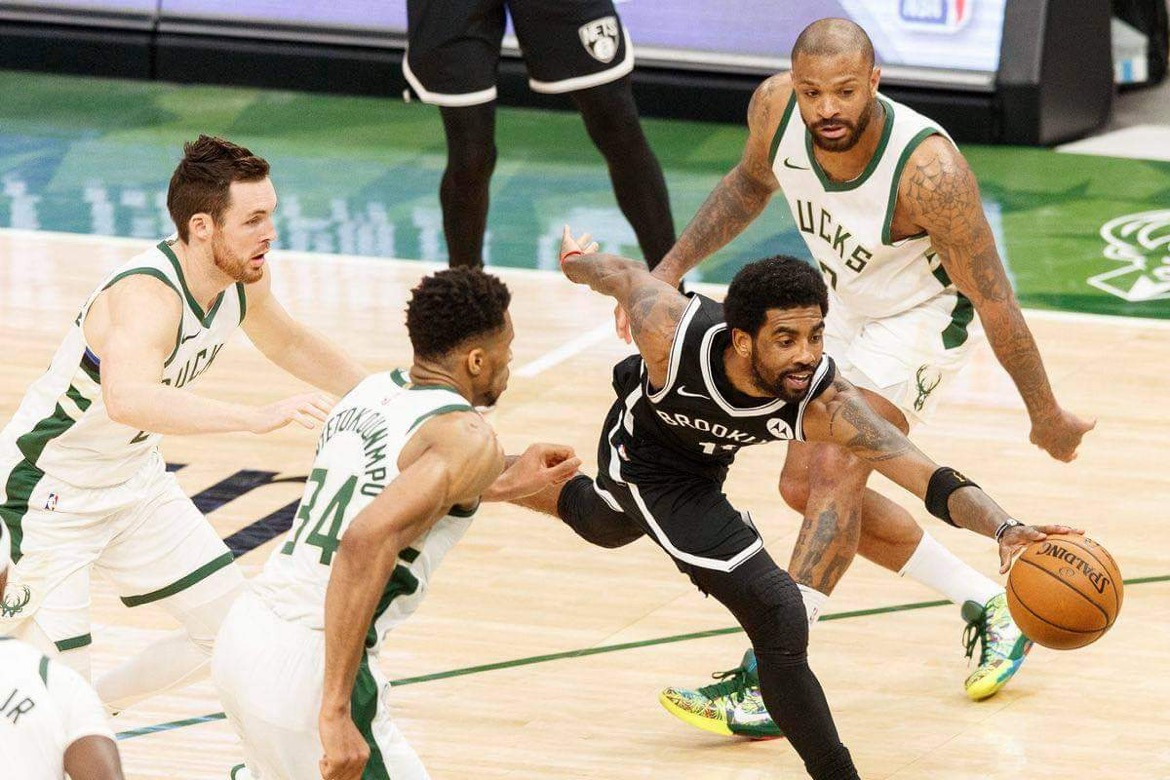 Now that the semifinals are set to begin for the NBA playoffs, let’s dive into one of the premiere matchups. The Brooklyn Nets vs. the Milwaukee Bucks.

The Nets are “new money” as some might say. Since Kevin Durant and Kyrie Irving signed to the Nets in the summer of 2019 a lot of eyes have been on this franchise by those who were curious to see how far they could go.

In KD’s first year in Brooklyn he was nursing a torn Achilles, so essentially that was a practice run. The Nets got swept in the first round (in the bubble) by the defending champion Toronto Raptors. This year with a healthy KD and Kyrie more eyes were on Brooklyn from media day and onward. Then a few weeks into the season former MVP, James Harden, joined the team to create a big 3.

You probably can guess what’s next, more eyes. Correct. Ever since this trade happened mid-January this team has had the league’s best offense for the bulk of the season. Funnily enough though, because of injuries and COVID health and safety protocols, the big 3 only played eight games together this regular season. So, imagine how dangerous they can be in the playoffs while all healthy.

The Boston Celtics had to endure the repercussions of that in the first round. They were gentlemen swept 4-1.

The Bucks held their own in the first round as well, sweeping the Eastern Conference champions from a year ago, the Miami Heat.

So that’s part of what makes this matchup so exciting. Firstly, both teams dominated in the conference quarterfinals. Secondly, it’s Brooklyn’s 1st ranked offense going against Milwaukee’s 10th ranked defense.

Statistically it’s been a pretty close matchup, despite the Bucks winning two out of the three times they’ve played each other this season.

One thing that’s worth noting though is that Milwaukee has only seen 2/3 of the big 3 at a time. They have yet to face all three of Brooklyn’s superstars this season.

Who’s your pick to take Game 1?