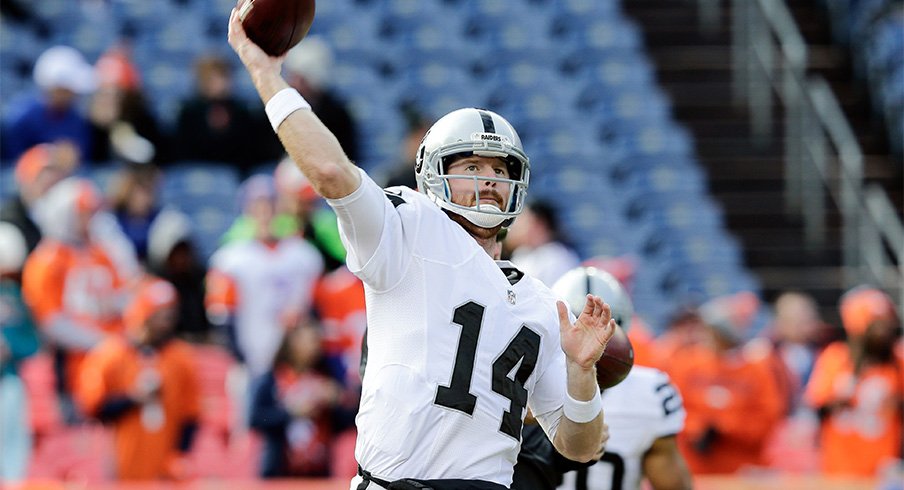 Matt McGloin is going to be the quarterback for the New York Guardians. He found out last week that he will be leading this team when the XFL season starts in February. Matt is 29 years of age and has been through so much that I believe he’ll welcome this opportunity with open arms.

Matt played his college football at Penn State University. He finished with a school record 46 TD passes. He also threw for over 6,300 yards. He also spent time in the NFL with Oakland, Houston, and Kansas City. It was a short lived stint in the NFL where he only started 7 games over 5 seasons. This NFL experience will no doubt help him be successful in the XFL.

“It’s exciting you know, and I’m always staying in shape,” McGloin told BackSportsPage. “I’m constantly lifting and throwing the ball so when the opportunity presented itself to me I didn’t have to think about it, I was like yeah. I feel like I can play at a high level. I just want to compete, and to be able to work with Coach Gilbride it was a no brainer for me.”

Gilbride, in particular, was a draw for McGloin.

“He has forgotten more about the game than I will ever know,” McGloin explained. “I was able to meet with him yesterday already and just talk about the game and talk about the offense and the style that he wants to play and what he wants to implement. I’m just trying to soak it all in. The one thing that is unfortunate is that you only have a short time to put the offense in so really I’m just trying to be the quarterback he wants me to be.”

McGloin is correct that there is a short time to learn everything. The season kicks off in February. That leaves only three months to prepare and practice the offense. This is a bit shorter than the four or five months you would regularly have in the NFL. McGloin is a sharp guy, and there shouldn’t be any worries over him comprehending the offense.

The New York Guardians will be playing their home games at Met Life Stadium. Met Life plays host to the New York Giants and New York Jets during the NFL season. It will add another New York team when the XFL season kicks off.

Met Life is a very well known stadium around the country. It has been a host for some big games and memorable moments over the years. Now McGloin and the Guardians get to play their home games there.

“I had the opportunity to play there a few times throughout my NFL career,” McGloin expained. “Of course, I was the opposing team, but I still got excited. You know I grew up in Scranton about two hours away. New York, I mean where else would you want to go.

The XFL is not the NFL. It is trying to get the attention of football fans though. The season starts the week after the NFL season ends. They are trying to create a similar product, but differentiate themselves as much as they can. Only time will tell if it will succeed.

“Is the XFL competing with the NFL? I don’t see it like that,” McGloin admits. “I just see it as a way for a guy like myself to continue to play professional football at a very high level. It’s about competition. The XFL is also a great way to get exposure. It really is.”