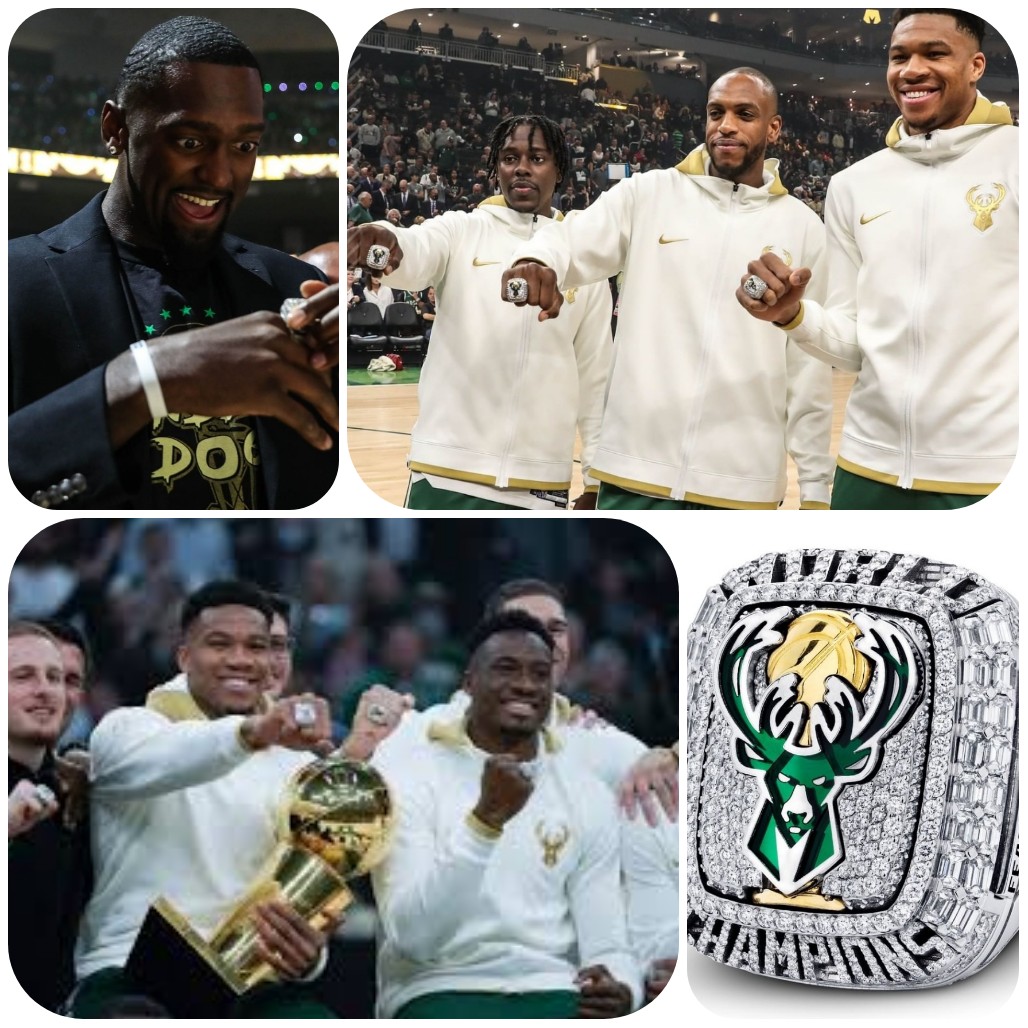 Well, the 2021-22 NBA season kicked off with a big thud for the teams that everyone had already penciled into the 2022 NBA Finals – the Brooklyn Nets and the Los Angeles Lakers.

In what seems to have been spoon-fed, media-dictated rivalries on Opening Night 2021, it was the teams that built through their respective drafts, had star players who stayed home instead of dogpiling onto bandwagons in the two largest sports and media markets, and who’ve found ways to grind out wins and championships without the summertime (non) tampering that begat the East Coast and West Coast so-called “super teams.”

Though last night was ‘just one game’ – as Lakers and Nets fans will no doubt defend the losses – you’d think the Nets would at least consider George Steinbrenner’s many failed attempts at buying championships for the New York Yankees over the years.

Both Stephen Curry and Giannis Antetokuonmpo have chosen to remain true to the teams that drafted them and built around them with stellar players like Khris Middleton, Klay Thompson, and Draymond Green, to name a few.

Meanwhile, L.A.’s true MVP – Anthony Davis – has LeBron James, yes, not the other way around. (Face it, without A.D., the Lakers don’t get their asterisked title from the bubble). 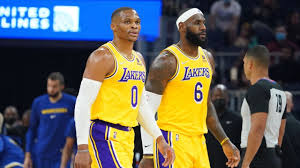 This year, through the miracle of “what I don’t see or hear didn’t happen” recruiting, the purple and gold have managed to add Russell Westbrook, Carmelo Anthony, Rajon Rondo back, Dwight Howard back, Avery Bradley back, Malik Monk, Kent Bazemore, Trevor Ariza, and Deandre Jordan into the fold, all the while coached by Impractical Jokers Joe Gatto look-alike, Frank Vogel.

Likewise, in Brooklyn – already stacked with Kevin Durant, James Harden, and Kyrie Irving, the Nets managed to lure Blake Griffin back, LaMarcus Aldridge back (after a health-related sudden retirement), Joe Harris back, while adding Patty Mills and Paul Millsap (who I felt would have been better served by – and would have better served – the Golden State Warriors.

Sure, for a couple of their titles, the Warriors lured Durant away from the Oklahoma City Thunder; and yes, the Bucks added Jrue Holiday last year in what proved to be a key piece in their title run.

Whatever happened to tasting the relish found in competition? Competition is always a good thing. It forces us to do our best. Without competition, we’d loaf our way through and out of life.

In the new era of the softer NBA, seemingly gone are the days where championships are built on the cheap, by finding and developing young talent. Take, for instance, Golden State’s Jordan Poole, who had a solid 2021 debut in helping the Warriors win last night.

They cost less as rookies and can enable teams that want to compete for championships to sign role-playing journeymen like Bobby Portis and P.J. Tucker last season in Milwaukee, or Nemanja Bjelica in Golden State.

Teams that stack them thick and tall, without a firm foundation, are playing a game of Jenga – it has to fit together perfectly for it to stand.

No matter what the NBA tries to mold into (what still may be) an L.A.-N.Y. battle next June, stick with the teams that try and earn a title – like Phoenix, like Miami, like Denver, like Utah – than those who try and run a semi-All Star team night in and night out as they try and buy a title.

But hand it to the Golden State Warriors – who owned the Lakers in preseason, as well as last night, building and developing is the way to go.

The Milwaukee Bucks double stamped it last night by defending their title with a resounding win.

They are my dark horse if you’re looking for new rivalries to upset the Central Division or ruin some days in the league overall. 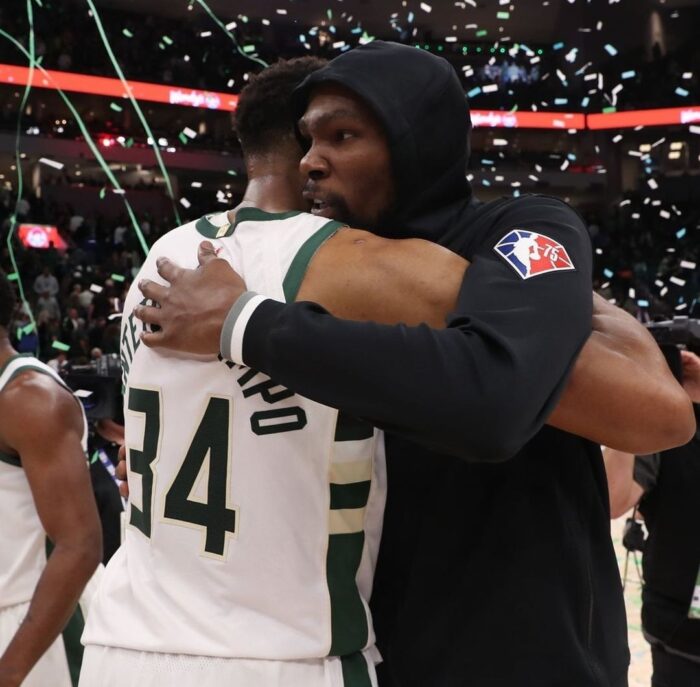 Giannis Antetokuonmpo didn’t seem the least bit intimidated by the stacked Brooklyn Nets last night as the Milwaukee Bucks opened the 2021-22 NBA season the same way they finished it, with a resounding win where they led wire to wire. Antetokuonmpo had 32 points, 14 rebounds, and seven assists to lead Milwaukee. Khris Middleton and Pat Connaughton added 20 points apiece in the win.

NEXT UP
Bucks at Heat – Thursday
Nets at 76ers – Friday

Golden State put together a 9-1 run at the end of the third quarter, and then jumped ahead of the home team Lakers with Stephen Curry on the bench in the beginning minutes of the fourth quarter to outdo the Lakers 68-55 in the second half and steal the win from the grasp of the talent-heavy L.A. roster. Curry had a triple double with 21, 10 and 10, while Nemanja Bjelica had a solid Warriors debut with 15 points and 11 rebounds off the bench. Jordan Poole took advantage of Klay Thompson’s absence (out for two more months) with 20 points, including four confident and key threes in the decisive run. 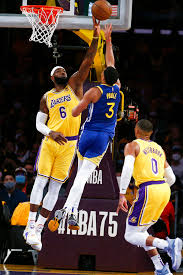 LeBron James led L.A. with 34 and 11, while it appeared Anthony Davis did most of the work in the trenches, but mustered 33 and 11 in the process. Carmelo Anthony finished with nine in his Lakers debut, while Russell Westbrook appeared to have been the wobbly fourth wheel on the homeless person’s grocery cart, shooting four-of-13 with four turnovers as he adjusts to his fourth team in as many years.

NEXT UP
Clippers at Warriors – Thursday
Suns at Lakers – Friday

Tracy Graven is the Senior NBA Analyst for BackSportsPage.com.
He has written the NBA, done NBA Radio, and appeared as a guest for the last 21+ years for HoopsWorld, Swish Magazine, HoopsHype, the Coach Scott Fields Show, NBARadioShow.com, and is also tackling the NFL, NCAA, and will be pinch-hitting on some Major League Baseball coverage for BackSportsPage.
He’s spent 21 years in locker rooms in Orlando, Boise (CBA, G League), San Antonio, Phoenix, Denver, Oklahoma City, and Atlanta.
A corporate trainer by day, he currently resides in SEC Country near Knoxville, Tennessee.
Reach him on Twitter at @RealTMoneyMedia

Will Paul Let His Legacy be Eclipsed by Antetokuonmpo?
The Rundown, v102121 – Could Ja Be the Next Giannis?