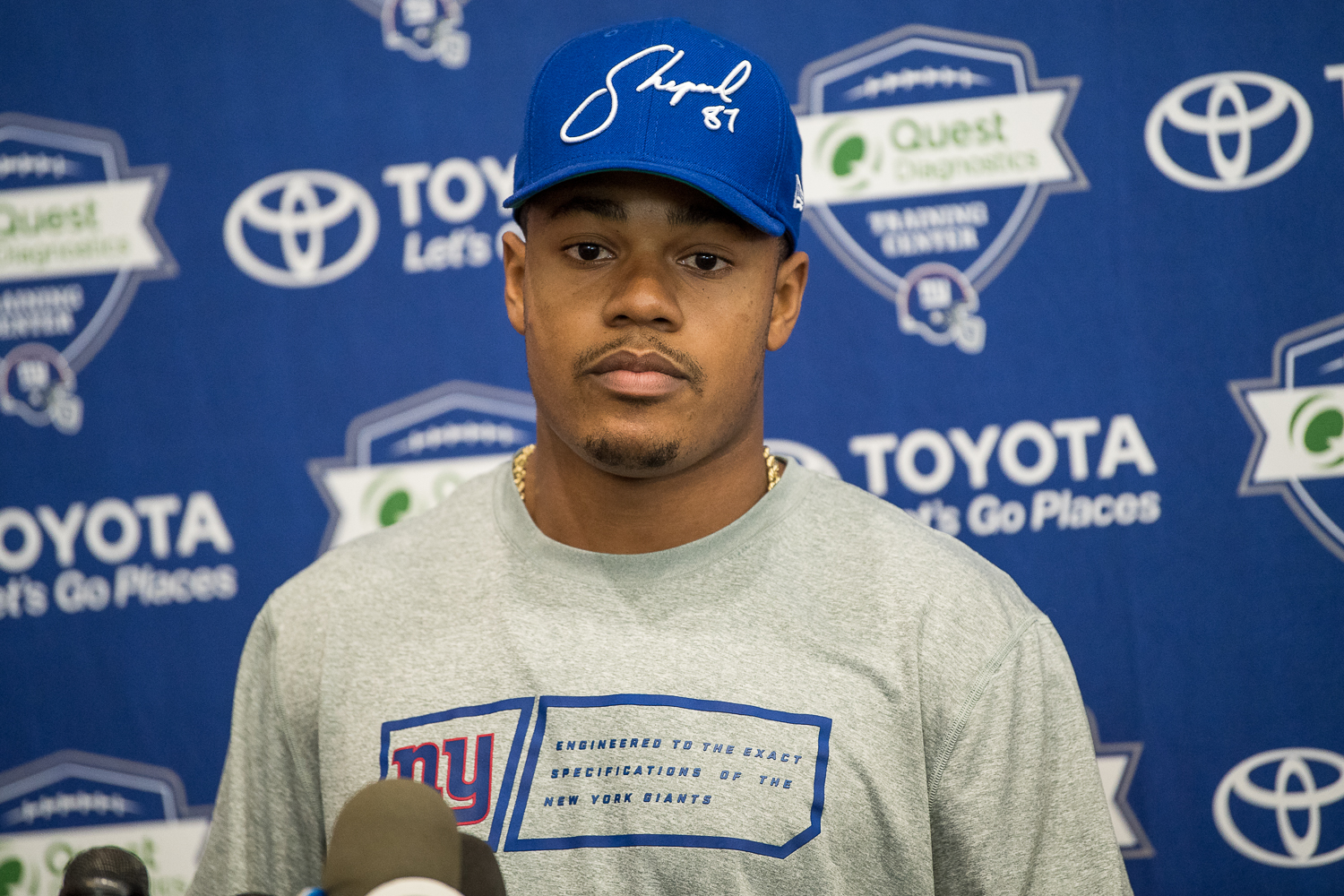 June is here and that means the NFL season is upon us. The Giants have taken the field for OTA’s this week, and their season is underway. There are some new faces and some old faces in camp. The Giants have had an eventful offseason to say the least.

Let’s start with the biggest trade of the year when the Giants shipped off their star receiver Odell Beckham Jr to the Browns in exchange for Jabrill Peppers, the 17th overall pick (Dexter Lawrence), and the 95th overall pick (Oshane Ximines). Trading away Odell can be questioned because this guy is an incredibly talented receiver. He also had his downside with the way he acted and conducted himself on and off the field. Only time will tell if this trade was successful, and only then can we judge this trade.

One of the players in the trade, Jabrill Peppers, is going to be starting right away for this team. Jabrill is from the area as he grew up in East Orange, New Jersey. When asked if it is hard to come into a new situation and a new team, and be the guy to bring the energy he said, “Not really. If that’s who you are regularly, it kinda comes natural. I’m pretty much from here, so I already had a familiarity with the place. All I had to do was gel with the guys and learn the playbook.”

Then when asked if he is excited to be back home he replied, “It’s definitely exciting. I had some of my best years here, I hope to keep the streak going.” I think the confidence of him being in his home town can really be a positive for this Giants team. Jabrill is going to be looked at as one of the new faces of this franchise.

He is 23 years old and is heading into his prime. When asked if there is any pressure that comes with being the face of the franchise he replied, “Even before the trade, I was saying that I have to pick up the play, it’s year three. You definitely gotta pick up the play to be at the level I know I need to play at, and this organization needs me to play at. Regardless how I got here, I’m here, and I’m ready to play my best ball, work as hard as I can and help this organization win ball games on Sundays.”

The Giants are going to lean heavily on some new additions this year. Their defense is made up of a bunch of 2nd and 3rd year players. Their offense on the other hand is more experienced. Eli Manning is entering his 16th season as the Giants quarterback. They have started to prepare for his absence though as they drafted Daniel Jones, quarterback from Duke, with the 6th overall pick. Jones is a 6’4 215 pound quarterback who according to Dave Gettleman and the Giants is the quarterback of the future. We may see Jones at some point this year, but that would only be if the season is spiraling out of control.

That is not the expectation of this team though. The Giants also have their star running back Saquon Barkley. He will need to build off his rookie of the year season for the Giants to be competitive. Another move the Giants made this offseason was adding veteran wideout Golden Tate. Tate is a 30 year old receiver who has bounced around the league with a couple different teams. He can still provide a lot of value from the slot position. To go along with Golden Tate are Evan Engram and Sterling Shepard. Both of these players need to step up after the departure of Odell Beckham Jr.

Shepard is entering his 4th season with the Giants. He will be looked at as the #1 pass catcher besides Barkley out of the backfield. When asked about his increased role with the departure of Odell the other day he answered confidently, “Yeah, I think that’s just naturally what’s going to happen. He was such a big part of this offense. I guess I’m the next one up in line. We also have a lot of great other guys that can make plays as well. (WR) Golden Tate has been looking great out there at practice. (WR) Cody Latimer had some great plays today too.” Shepard has to be ready to play wherever he is asked to play.

Him and Tate are kind of similar in that they can play inside and out and can run most of the same routes. They have very similar skill sets, and can make plays after the ball is in their hands. Shepard on him and Tate’s similarities, “Yeah exactly, you can move us around anywhere on the field. We’re just natural playmakers. Wherever you put us, we’re going to find a way to get open, and find a way to get the ball, and make things happen after the catch. That’s what he’s been great at his whole career – making things happen after the catch. I don’t think that’s going to stop now.”