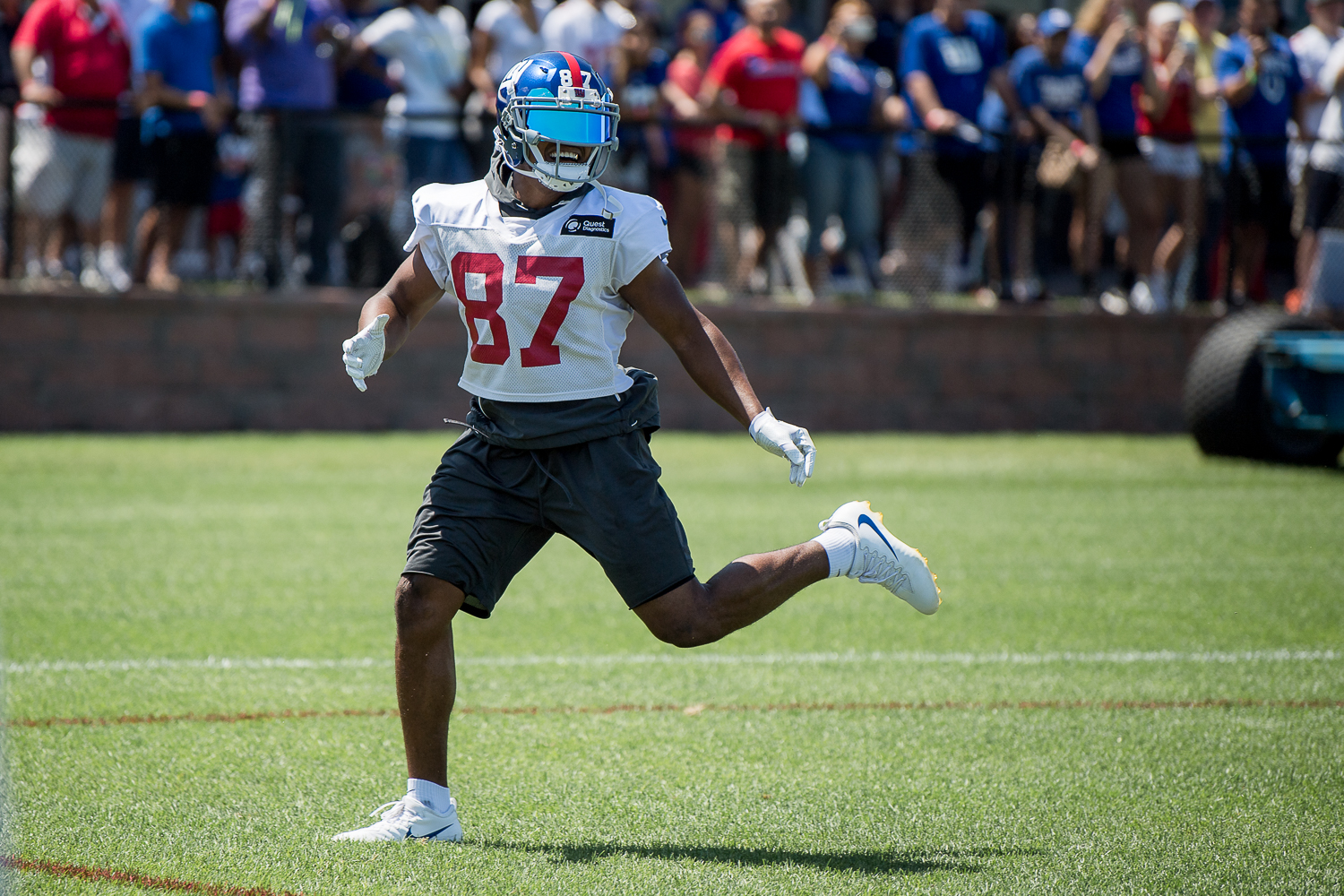 After an eventful offseason , the new look New York Giants took the field for Mini Camp this week. We have to wait for July to see the team have a full work out with pads on but this is a great opportunity to see the new look Giants mesh their rookies and veterans into Coach Shurmer’s system.

“We got a lot done today” said Shurmer. “A lot of red zone, a lot of third-down stuff, situational things we need to work on and have been working on. It is just a continuation in my mind of the OTA’s to this point. It felt that way as well.”

With all of the off season discussion has been the moves made off the field, Shurmer wanted to see what he had to manage expectations, not just for Mini camp but for the season as well.

“It (OTA’s) needs to be competitive.” Shurmer said during the media session on Tuesday. “If one side of the ball is making all the plays, then I don’t know what type of team you have. ”

All eyes thus far has been on rookie QB Daniel Jones and what exactly the plan was for his first year in the league. He made an impact already during his first non contact drill on Tuesday without throwing a pass.

In an 11-on-11 drill, the rookie quarterback tucked the ball under his arm and ran about 30 yards down the field. We are not used to seeing that from a Giants QB.

“That was a called run. If it opens up there, I can scramble, too,” Jones said afterwards. “If it is called and is part of the plan, I can certainly do it.”

“Just a normal zone read,” Shurmur said. “He took off running. We have had them in our offense depending on who the quarterback is and his skill set. That is always available to us. He looked good. Looked like he scored.”

Although Shurmer has seen signs of positive play, he knows its too early to give a full evaluation of his full team as it is constructed right now. That is also with the young defensive core he has right now.

“There is no contact, so it is really hard to fully evaluate both lines until we start banging around a little bit” Shurmer stated bluntly. “We like the way they are moving around. There are some youthful guys that are in there and doing a good job. They are picking up the system really well. We are pleased with what we are seeing. ”