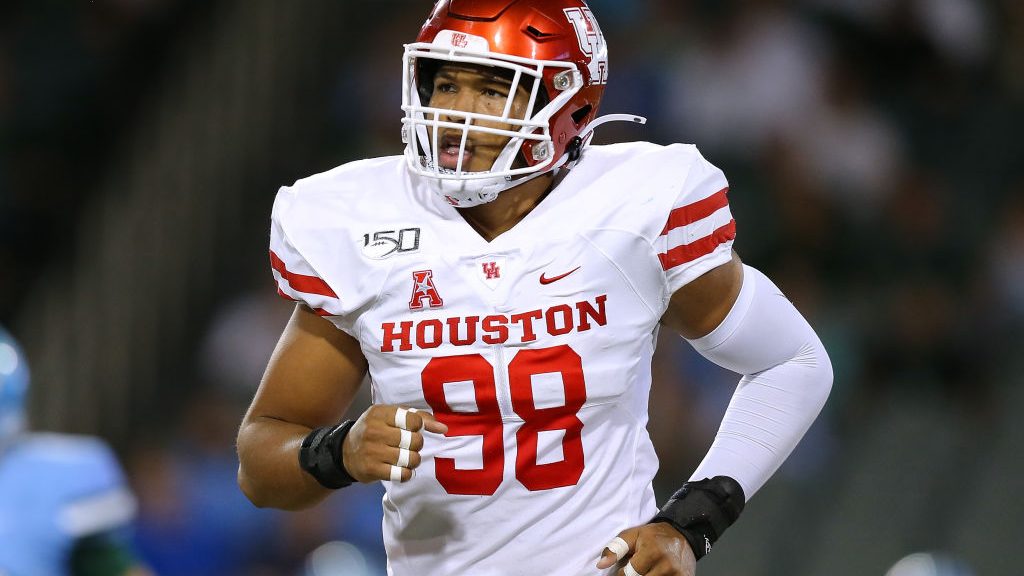 Allow me to reintroduce the 6 foot 6, 270 pound team captain who led the Houston Cougars with 10.5 tackles for loss, five sacks, Payton Turner. While playing for the Cougars, he had 25 tackles in five games and also got named to the 202 Phil Steele Magazine American Athletic Conference Second Team and the 202 Athlon Sports Preseason American Athletic Conference Second Team.

The Saints drafted him with the 28th overall pick in the 2021 NFL Draft.

“I think it’s a lot more detailed here just going from college to NFL everything from stance to footwork to get off, pass rush, using your hands, continue to get better with your hips, more flexibility. There’s so many more details and stuff that you don’t even look at when you’re in college.”

Although the Saints have lost Trey Hendrickson, among others, this is a team that still has depth along the defensive line. With veterans like Cameron Jordan and Marcus Davenport leading the way, this is a position group that will most likely continue to be a force in the passing and running game. Even head coach Sean Payton discussed the defensive line during his press conference day 1 of Saints minicamp.

“There’ll be a series of players that pick up for some of that production. But we feel good about the direction we’re moving out as a team relative to our defensive line.”

Turner is likely to have a monster season in part to having mentors that have been successful at the same position for years in the NFL. Playing alongside Jordan and Davenport will give Turner more opportunities to make big play after big play and be a force on the defensive line.