New York Giants Are Thankful For Their Players During Thanksgiving Time 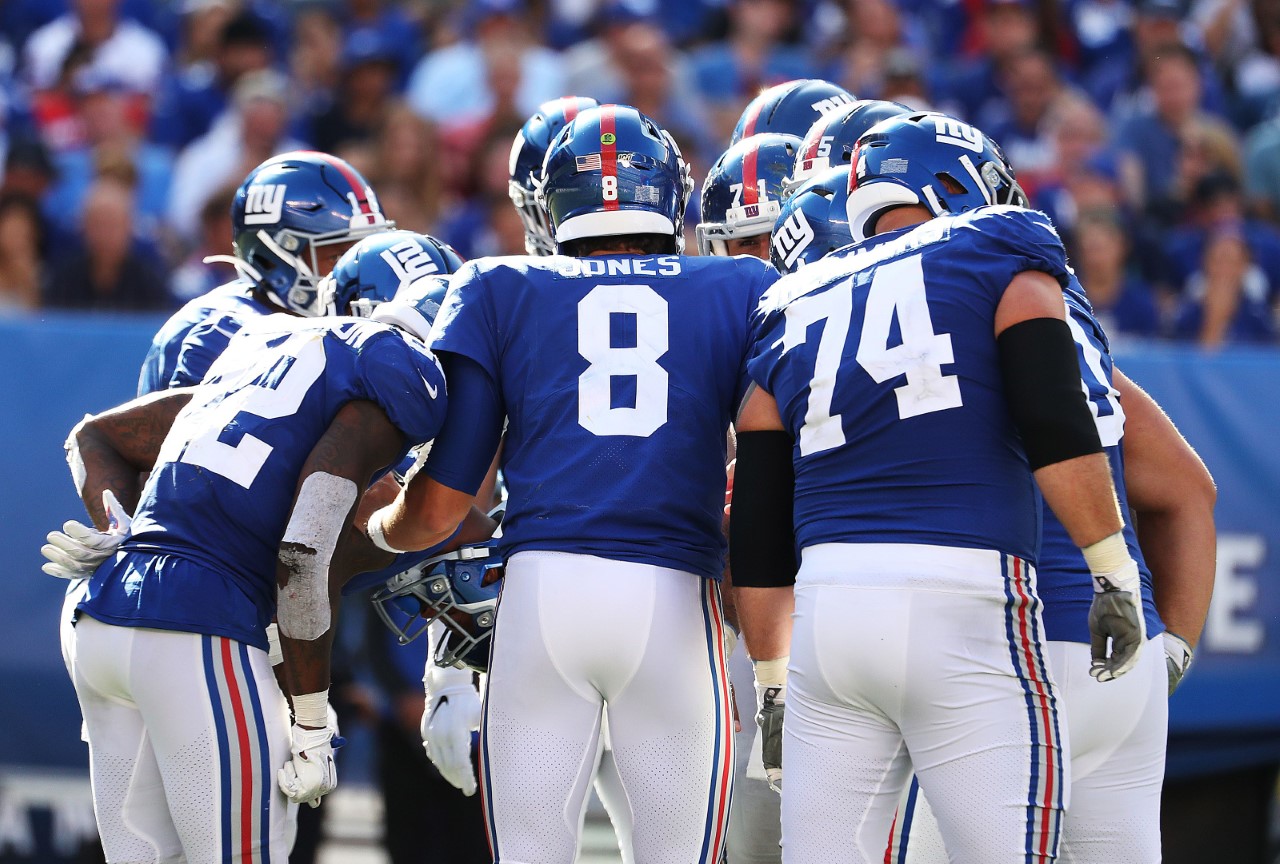 The New York Giants are in the midst of a disappointing season. They are 2-9 and have lost seven straight games and sit tied for last in the NFC with their division rival Washington. Even with all the struggles and ups and downs this team can be thankful for some of their players who have produced and kept them in games. Let’s take a look at the five players the New York Giants should be thankful for.

Daniel Jones– Daniel Jones is the future of this Giants team. He was selected 6th overall because this organization believes in him. He didn’t start to begin the year, but he did take over as the starter in Week 3 at Tampa Bay. The Giants won that game 32-31 in a game where they trailed big at halftime. He threw for 336 yards and 2 touchdowns. He also ran for two touchdowns. It was at this moment that the Giants were thankful for Daniel Jones. It was a breath of fresh air for Giants fans. Eli was the guy for many years, but it was time for a fresh face at quarterback and Jones instantly gave this fanbase hope. He continued to do so. In week 4 he led the Giants to another win over the Redskins 24-3. He threw for 225 yards with one touchdown and two interceptions in that game. After the two consecutive wins this team has not won since. They lost seven straight games. Jones has been solid though. He has thrown for 2,134 yards with 17 touchdowns and eight interceptions. The Giants took Jones in the draft because they believed in him. In his rookie year he is doing everything you want out of a first year player. The Giants can be very thankful of Jones and the way he has played. The future is bright.

Saquon Barkley:  The New York Giants are without question thankful for Saquon Barkley. Their 2nd overall pick in last year’s draft has performed so well throughout his time here. He won the rookie of the year last season. This season has been tough for him. He missed four games in September and October with an injury. He has returned and played decent, but nothing like last year. He has 461 yards and two touchdowns so far. He is averaging 3.9 yards per carry. Despite his down year numbers wise, the Giants know he has to be on the field for this team to have any success. Just his presence in the backfield makes defenses prepare differently than if he wasn’t on the field. Barkley is going to have a long successful career in this league, and the Giants are especially thankful he is on their team.

Darius Slayton: I don’t think the Giants would have expected Darius Slayton to be on this list back in September, but he is. Slayton, a fifth round pick in the draft, has exceeded expectations this year and has become one of Daniel Jones’s favorite targets. He exploded onto the scene because of all the injuries to Sterling Shepard and Evan Engram. Slayton has caught 31 passes for 461 yards and five touchdowns so far through week 12. He is on pace for around 80 catches and seven touchdowns. He is having a terrific season thus far, and the Giants have much to be thankful about with Darius Slayton.

Oshane Ximines: Rookie Oshane Ximines, drafted in the third round of last year’s draft, has shown what he can bring to this football team all year. He also keeps getting better which is great. Ximines has 21 tackles and two sacks so far this season. The Giants drafted him because they needed some pass rushers. He has a lot of veterans ahead of him on the depth chart, but he has had opportunities to show what his is capable of. More opportunities will come throughout the rest of this year. Ximines will be a key piece of this rebuilding Giants team. He is a young edge rusher who looks like he will only get better with time. The Giants have to be thankful this guy is with them.

Markus Golden: This man is the total opposite of young and inexperienced. Golden is a seasoned veteran pass rusher. Golden, 28 years old, came over from Arizona to join the Giants over the off season. He has done everything this team has asked of him in a rebuilding year. Who knows if he will be in New York long, but this team has to be thankful that he has produced like they thought he would. He has 47 tackles and seven and half sacks thus far. He is one of the veteran anchors on this mostly young and developing defense. He gives it his all every Sunday. He is always flying around trying to make every tackle he can. As a fan you have to love his passion for the game, and you have to be happy you have a guy like this to help your team compete every week. As for the Giants, they are thankful and hopeful his veteran leadership pays dividends to the younger guys in the years to come.

The Giants may be mired in a disappointing season, but even in an off year there are positives to be thankful for. The Giants have some solid pieces in place that give fans plenty of reasons to celebrate their team, even if that celebration is aimed at the success the team might have in the future with a few more of the right pieces in place.

Jameis Winston, An Enigma We Are All Trying To Figure Out
The NFL’s Best Defensive Player