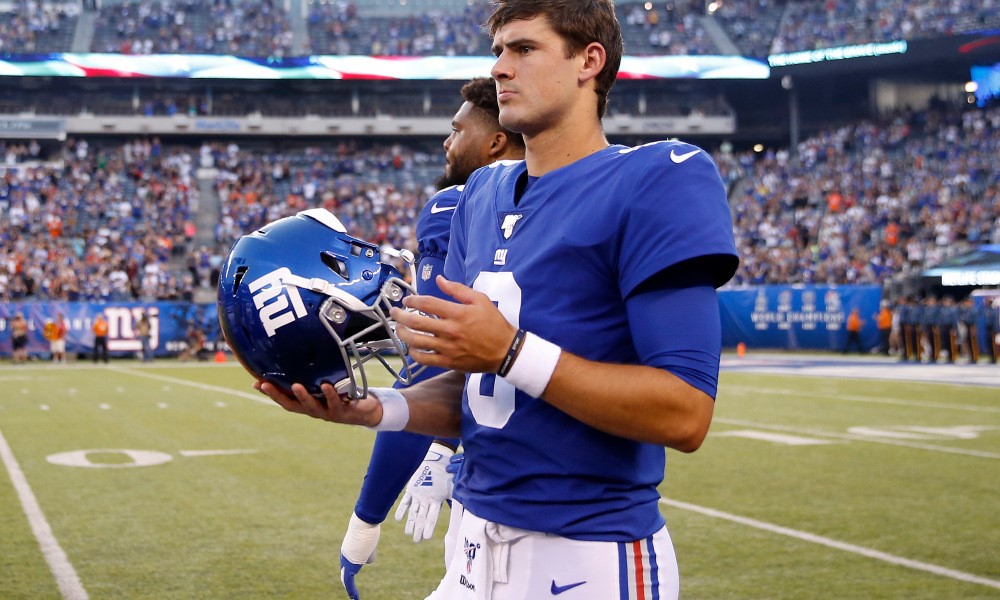 The Dallas Cowboys defeated the New York Giants 37-18. The box score suggests this was a blowout; yet at one point, this game was going the Giants way. They were actually up 12-3 in the first half, and in the third quarter they were only down 23-18. Yet the offense fell apart, and the defense couldn’t hold up.

“Yeah, that’s tough. I think we started better than we had in previous weeks, but we still missed a couple of opportunities to score touchdowns when we had the ball down there. That was costly for us. Yeah, in the middle of the game, kind of struggled. We were stagnant a little bit and couldn’t move the ball consistently. It’s frustrating. It’s frustrating to lose, but we have to make sure we learn from it and we improve. I think that’s what we’ll do this week.”, Daniel Jones when asked about the teams struggles. “I think week to week, I’ve gotten better in some areas and I haven’t in others. The challenge is to continue to get better and correct the things I haven’t done well. Yeah, I have to keep working at that.”

The Giants were actually moving the ball, but as has been the case lately, inconsistency reared its ugly head. Jones struggled in the second half, giving the Dallas offense short fields to score.

When asked about the losing, running back Saquon Barkley responded: “Yeah, it’s crazy that you say that, but hey, the way that I look at it and the way I look at life is there are going to be better days. We are struggling right now and things aren’t going our way, but I’m not going to lose my focus, I’m not going to lose belief in this team and this coaching staff. I’m just going to continue to come to work every single day and I am 100 percent sure that it will turn around. It just hasn’t turned around as soon as we would have liked it to.”

The Giants, after a promising starting at 2-2, have now lost five in a row and look like they’ll have to wait till next year to compete again. Dallas wins its second in a row, and for now, can feel good about its playoff hopes.