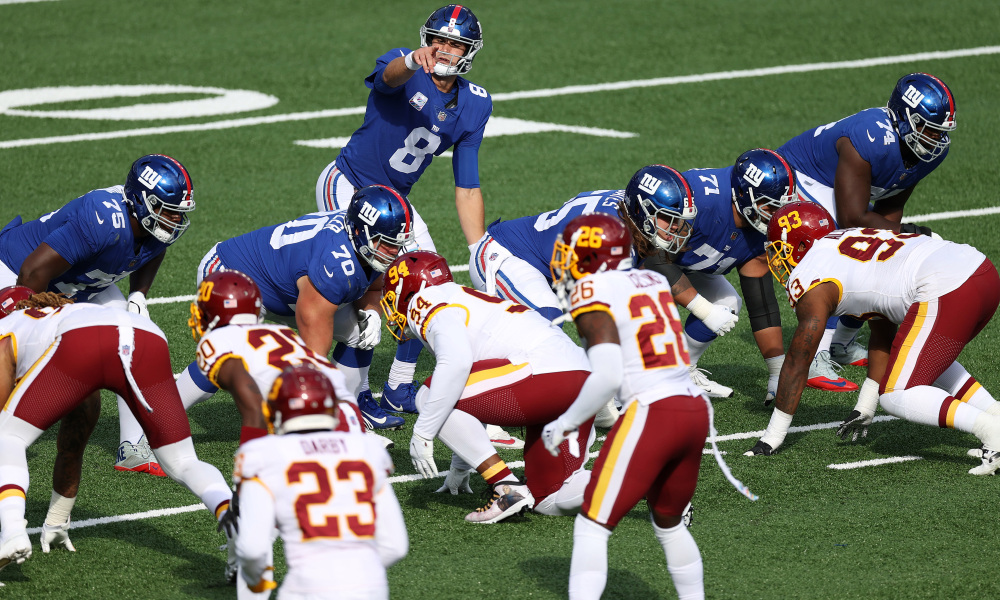 Oh don’t we all just love nationally televised NFC East games! I know I do, and tonight is no different. Tonight, on Thursday night football, we will watch Chase Young, Jonathan Allen and the Washington defense take on Daniel Jones, Saquon Barkley and the rest of the New York Football Giants. Both teams had rough season openers.

Ron Rivera’s team lost a close one to Justin Herbert and the Los Angeles Chargers. Ryan Fitzpatrick was injured early in the game and will be out an extended period of time, so in steps Taylor Heinicke. Heinicke played sparingly last season, and did a solid job filling in for the Fitzpatrick a week ago. Chase Young didn’t register a sack, but Jonathan Allen and Montez Sweat did. I would look for the Football Team to try and establish the running game early, and build the passing game of play-action. However, the Giants defense is nothing to laugh at.

Joe Judge and his squad were beaten fair and square by the Broncos last weekend. However, I’m expecting a better performance out of the G-men this weekend. Daniel Jones wasn’t bad, throwing for 267 yards and a touchdown. However, he did record his 40th career turnover when he lost a fumble in the game. The Giants need to take a step forward tonight. With Barkley being on a snap count, they need to target Kenny Golloday  more often and hope their defense keeps them in the game.

I’m actually surprised the spread is this low. However, that’s what happens when you have two inconsistent quarterbacks going at it. I see the Football Team getting back on track this weekend with a huge win. The Washington defensive line is the best in the NFL and against the Giants offensive line they will prove that. On offense, Ron Rivera will look to establish Anthony Gibson early, and use play-action to look deep for guys like Terry McLaurin. WFT 20, NYG 16 (WFT-3.5, Under 40.5)

Both of these teams will look to have long, time-killing drives, so the scoring might come few and far between. However, with both teams having young, inexperienced quarterbacks, the first quarter could be ugly.