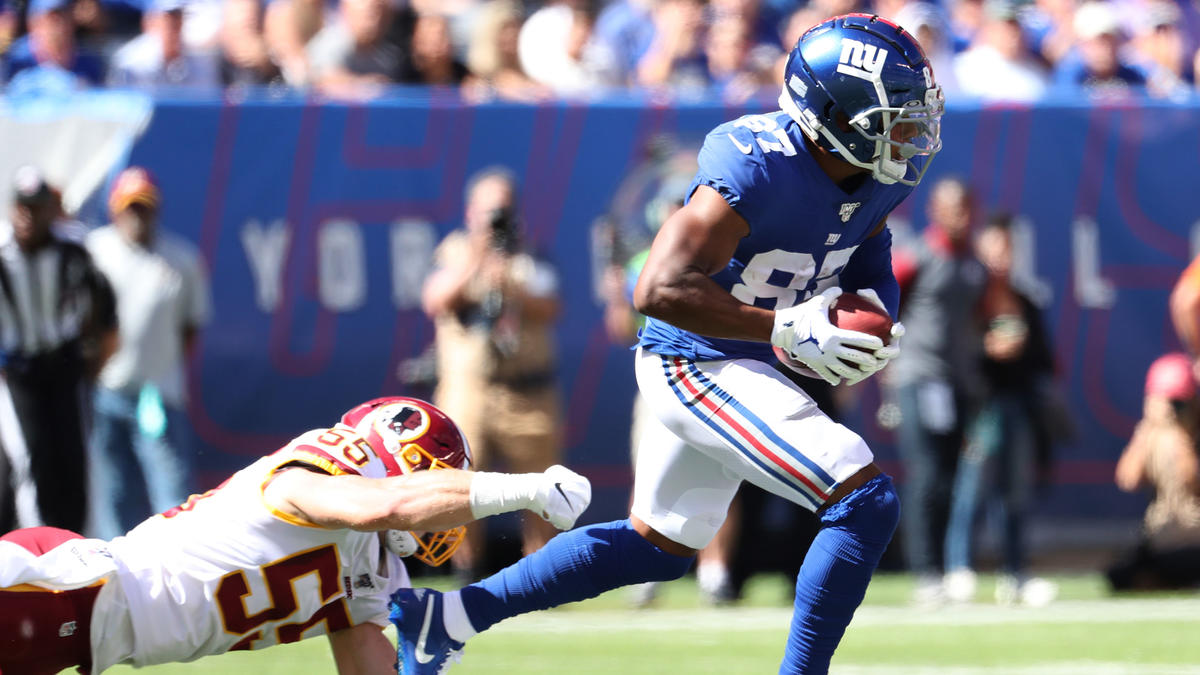 The New York Giants looked to build on their momentum from last week’s comeback win against the Tampa Bay Buccaneers, and they defeated their division rival Washington Redskins 24-3 to win their second consecutive game. They improve their record to 2-2, their first time at .500 since the 2016 season, shutting out their opponent for the first time since November 2017. They only allowed only 176 offensive yards, sacked the quarterback three times, and forced four turnovers.

Among the key contributors includes corner-back Janoris “JackRabbit” Jenkins; he had two key interceptions that helped dictate the flow of the game. “We played great. We played all around great football: defense, special teams, offense. I just think we started fast this week and we kept our feet on the gas.” said Jenkins when asked about the team’s bounce-back win. “It feels good, it feels good. Like I said, it’s a team win all around: offense, defense, [and] special teams. Everybody playing fast, everybody wants the ball and trying to make plays.”

The Giants dominated this game from start to finish, and running back Wayne Gallman served as the main source of offense. He performed admirably in place of star runner Saquon Barkley, rushing for 63 yards on a career high 18 carries and a touchdown, adding six receptions for 55 yards and another touchdown. “I feel like I played good. There’s always room for improvement, but just seeing what we did today is a great step for the team and that we’re only looking better from here.”, said Gallman on playing his first game as a starter. “All I feel is energy from my teammates. We all want it and we just want to be better, so next week I can only picture how much better we get next week.”

The true game changing play was made by second year safety Jabril Peppers, who intercepted a Dwayne Haskins pass and took it in for a touchdown to seal the game. He was excited, but also recognizes the long season ahead. “It felt good, we had a great week of preparation, I watched extensive film because I wanted to take the challenge of guarding Vernon Davis real personal. I recognized the set, I knew they liked the over routes out of that formation. I trusted my gut, slipped underneath it, he tried to get it out, I switched my arm and saw nothing but daylight in front of me, it had to be six.”, said Peppers on his game-clinching interception.

Daniel Jones had a solid, if uneven, performance in this game, throwing for 225 yards and a touchdown, but also throwing two interceptions. He did also show mobility, though, rushing for 33 yards. When asked about his interceptions, his response was: “I first wanted to see what happened. Obviously, two mistakes that you can’t have, and costly ones. Luckily, our defense stepped up and we were able to hold them off. Two things you learn from. I was just trying to focus on the next play. Look at it, learn from it, but get back to the next play.”

On the other side, the Washington Redskins struggled to produce any offense. They inserted rookie quarterback Dwayne Haskins after a few possessions, and he struggled mightily, throwing for just 103 yards with three untimely interceptions. “We’ll see. I think the decision was Case (Keenum) had a pretty good injury on his foot, I thought he looked pretty good on Thursday, Friday I thought he did some good things, just today in the game he missed some throws he normally would make and I thought Dwayne might give us a spark there at the end of the half. Got us a field goal there, but in the second half we were pretty much inept on offense in all phases.”, said head coach Jay Gruden about his decision to put in Haskins.

“He’s got to earn that right first. I don’t care when you’re drafted, you have to earn that. He’s got to come in here and perform when he’s asked to perform, and if I feel like he gives us the best chance to win against New England, I’ll put him in. That’s the way it is at every position with everybody. You’re just not handed the keys because of where you’re drafted, you’ve got to earn the right. I think he will continue to get better, and better, and better, but I have to look right now Sunday afternoon against the Patriots who gives us the best chance win, that’s the most important thing.”

An interesting story-line coming into the game was Redskins safety Landon Collins playing against his former team for the first time. When asked about it, his remarks were: “Emotions were cool. I’m happy where I am. I’m excited. I love these guys I’m around. I’m not stepping on any eggshells. I’m myself. These guys over here, they love me. They respect me. They see me as a captain and a role model, so it’s awesome.”

The running game also struggled for the Redskins, and they had too many penalties that halted any chance of success, as they had 12 penalties compared to just five for the Giants. As Redskins running back Adrian Peterson stated: “To me it dates back to last year. They’re still holding a grudge against the Redskins? Deep grudge? It’s ridiculous. Markers were flying everywhere. I can’t even explain it. It sucks. It slows you down. But at the end of the day you still have a job to do: To come back and try to execute and make the best of that situation.”

Finally, head coach Pat Shurmur was asked about his team’s impressive home win. “Well, it’s good to win a game and do it the way we did. I think our defense did a terrific job. We made a few tweaks, I don’t think we made a lot of massive changes, but we made a few tweaks this week that I think settled our guys down, helped them be more comfortable, they were more disruptive, (and) we got pressure on the quarterback. All of those turnovers— my goodness. I’m not sure I’ve been around a game with that many. They did just a really, really terrific job.”

The Giants will look to make it three in a row as they take on the Minnesota Vikings. The Redskins, now 0-4. take on the vaunted New England Patriots and will have to wait till next week to try and win their first victory in 2019.