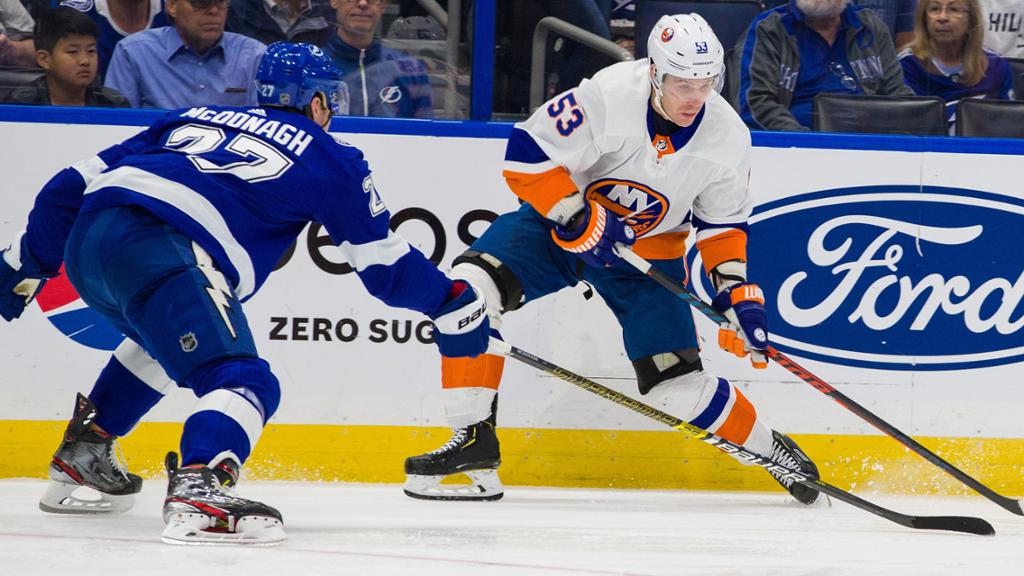 The New York Islanders came out owning the top-seeded Philadelphia Flyers to start the second round. This all started with Islanders goaltender Semyon Varlamov getting his second straight shutout in the playoffs by stopping 29 shots. The Flyers were able to tie the series in a game two overtime win. Hockey overtime sound familiar in this year’s playoffs?

Varlamov put up another nice performance in game three making 26 saves while allowing just one goal. The confidence in the Islanders continued to build in game four, with the two teams playing on unusual back-to-back days. They went with backup goalie Thomas Greiss for his first start in six months and what an outing he had stopping 36 shots to give the Islanders a comfortable 3-games-to-1 series lead. Well comfortable in most scenarios, not necessarily with the way the 2020 bubble playoffs have been going.

Philadelphia’s resiliency as the top team in the east came to light in game five as they did not let an early Islanders lead hamper their hopes. Instead they responded with three unanswered goals by Claude Giroux, James Van Riemsdyk, and Matt Niskanen. Two late goals by the Islanders complicated matters for the Flyers by sending the game to sudden death overtime. Boy the pressure was there, but on a tip in from a slapshot by Ivan Provorov, center Scott Laughton kept the Flyers season alive.

Laughton came through big again in a back-and-forth game six by scoring at 9:53 in the third to send the game to overtime but the hero of the game was Flyers forward Oskar Lindblom who was making his first return to the ice after overcoming a fight against bone cancer. This emotional lift that received class act appreciation from both the Flyers and Islanders brought lots of emotion to the game and a goal by Ivan Provorov in the second overtime capped off that emotion for the Flyers by forcing a game seven.

It was close but no cigar for the Flyers as this year’s playoff theme of trusting backup goalies won the series for the Islanders. Greiss started in goal and stopped 16 shots to advance the Islanders to their first Eastern Conference Finals since 1993. To add to this scripted series, Islanders defenseman Scott Mayfield, the one who broke his stick and gave up the Flyers game winning goal in overtime the previous game scored what ended up being the game winning goal in the Islanders 4-0 victory. The Islanders will face an equally hungry Tampa Bay Lightning team in the Eastern Conference Finals, a team more familiar with this stage of the competition as of late.