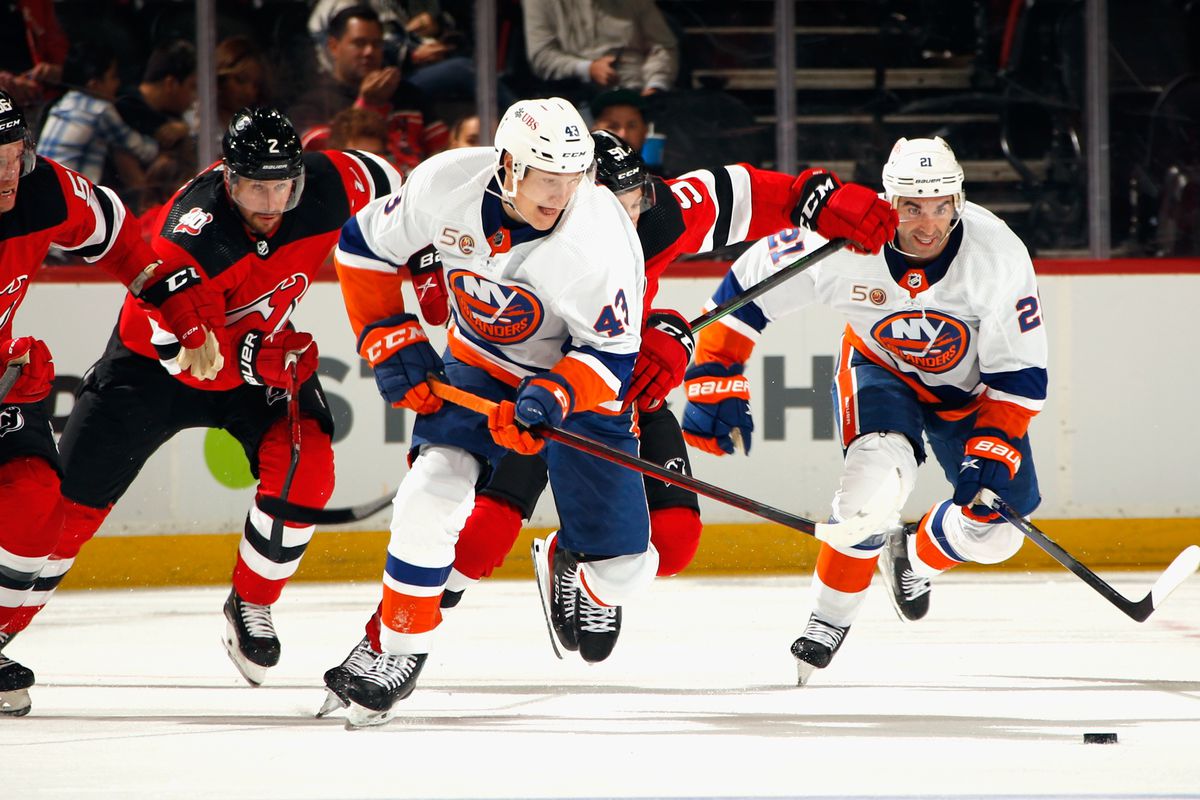 Remember the days of the “YES! YES! YES!” chants that would make Bryan Danielson blush? Remember when the Islanders stood toe-to-toe with the Tampa Bay Lightning in the Eastern Conference Finals? Remember when there was excitement and buzz on Long Island? Pepperidge Farm remembers and that seems like a long time ago.

The New York Islanders have become a shell of themselves, missing the playoffs for the first time in three seasons. Fans are worried that the dark days of the Charles Wang era have returned, even after his remaining 15% stake was bought out. Is this truly what’s in store for the Isles this season?

The most notable move for New York was Barry Trotz being relieved of his duties. That’s right, no more Dr. “Eggman”. Trotz was to the NHL what Andy Reid was to the NFL; a solid offensive mind who has one championship to his name. The only difference is that Barry Trotz doesn’t carry a Waffle House menu around with him.

Replacing Trotz is former Milwaukee Admirals coach Lane Lambert, whose name sounds like an NPC (non-playable character) name for a racing game. He was an assistant coach during Trotz’s days with the Washington Capitals, so he should bring some of his mentor’s tricks to the team.

However, that’s not the most noteworthy story of the offseason. General Manager Lou Lamoriello didn’t do anything to put the Isles in a better position. Dennis Cholowski? Who’s that? Alexander Romanov? Nice defenseman who can score, but that’s it.

The worst part is Lamoriello’s “almost’s” will amount to nothing for New York. Having a “handshake agreement” in place for Nazem Kadri doesn’t do justice when the star goes to Calgary. Same thing for Johnny Gaudreau, who just made Columbus ten times better. He didn’t move his tradable assets when the time was right, either. That left the Islanders in salary cap hell and their future uncertain.

The current situation New York is facing is dire. There’s no game-changing pieces on the team, nor are there any viable young stars on the team. Lamoriello has no direction for this team and last offseason showed his true colors.

For a franchise that signed Rick DiPietro to a long-term deal, this should come as no surprise. Terrible moves, fraudulent ownership (see John Spano), and a nameless history aside from the 1980’s. That’s all the Islanders have been known for, for they’re relegated to being the New York Mets (of the Fred Wilpon days) of the NHL.

That’s why I’m going with a record of 27-43-12 for the Islanders, where they’ll end up with 66 points and end up last in the Metropolitan Division. This is going to be a brutal season for the Isles, which sucks considering they’re in a new arena suited specifically for them. When you have a team filled with Average Joes, this is the result you’re going to get. A return to mediocrity is expected for this group, especially with Trotz out of the picture.

Considering Lamoriello isn’t the sharpest tool in the shed, he should be thrown a bone. He’ll sign beloved Islander Matthew Barzal to a long-term deal. The center becomes a restricted free agent after this season and could be paramount to New York’s future success.

Another prediction is that Arnaud Durandeau will make the roster for the Isles. A middle-six winger with clutch-scoring ability, Durandeau can crack the lineup if his skating and his shot stand out in the preseason. Considering the Islanders are at the bottom of the barrel right now, this wouldn’t be surprising in the least.