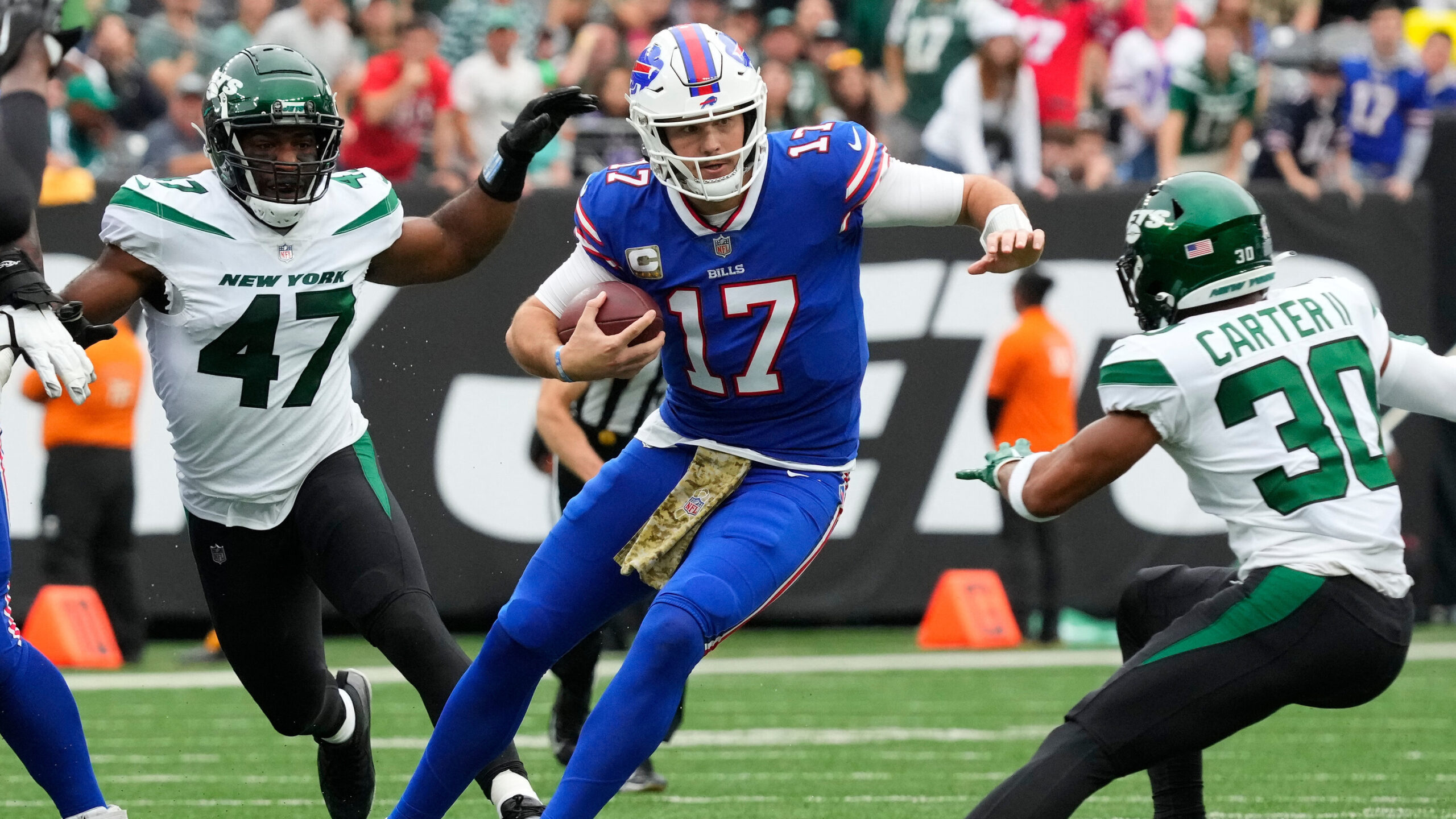 The New York Jets have not made the playoffs since the 2010 season where they went to back-to-back AFC Championships. The Jets currently sit at 6-3 in the AFC East putting them half a game back behind the Buffalo Bills. They currently sit at fifth in the AFC currently holding the first wild card spot.

Wilson only threw the ball 25 times due to the two-headed monster at running back in Michael Carter and James Robinson. However, Wilson went 18/25 154 yards, and a touchdown pass. He also had 24 rushing yards in just five carries. That 72% completion percentage is a career high for Wilson.

The Jets are 2-1 so far against their division rivals with big statement wins over the Bills and the Miami Dolphins. The Jets are competing to win the division and the Bills are half game ahead and they have the same record as the Dolphins but own the tiebreaker. The last time the Jets defeated the Bills before this past week was in 2019 and the last home win before this past week was in 2017. Before earlier this season, the last time they beat the Dolphins was also in 2019. At worst case scenario, the Jets split with Buffalo and Miami and then get swept by the New England Patriots. That would give them a division record of 2-4 however, they could beat the Patriots.

Out of the Jets next eight games, three of them are against teams under .500. Those three games are against the Chicago Bears, Detroit Lions, and Jacksonville Jaguars. To help them keep that wild card spot or even push for the division title, they need to beat the bad teams.

Josh Allen is arguably the best quarterback in football and it is rare he does not pass for a touchdown. Against the Jets, Allen had just 205 passing yards and two interceptions with no touchdowns. The Bills offense is pass-oriented and the Jets knew that and were able to game plan around that. Allen was frustrated and the Jets defense should be pumped that they could not only hang with but defeat one of the best offenses in football and hold them to no passing touchdowns, force two turnovers, and only allow 17 points.

Secondary continues to cause Havoc

Jets cornerback DJ Reed and the Jets defense shutout one of the league’s premier wide receivers in Stefon Diggs in the second half. Diggs on three targets had zero receptions. Bills other wide receiver and deep ball threat Gabe Davis, only had two catches for 33 yards. Their other cornerback and lock for defensive rookie of the year in Sauce Gardner had his second interception of the season and a pass breakup on Davis to prevent any late heroic comeback for the Bills. Gardner currently has sole possession of most pass breakups in the league with 13.

If the Jets defense continues to play lights out football and create turnovers, they should be able to not only get in the playoffs but potentially make a deep playoff run.