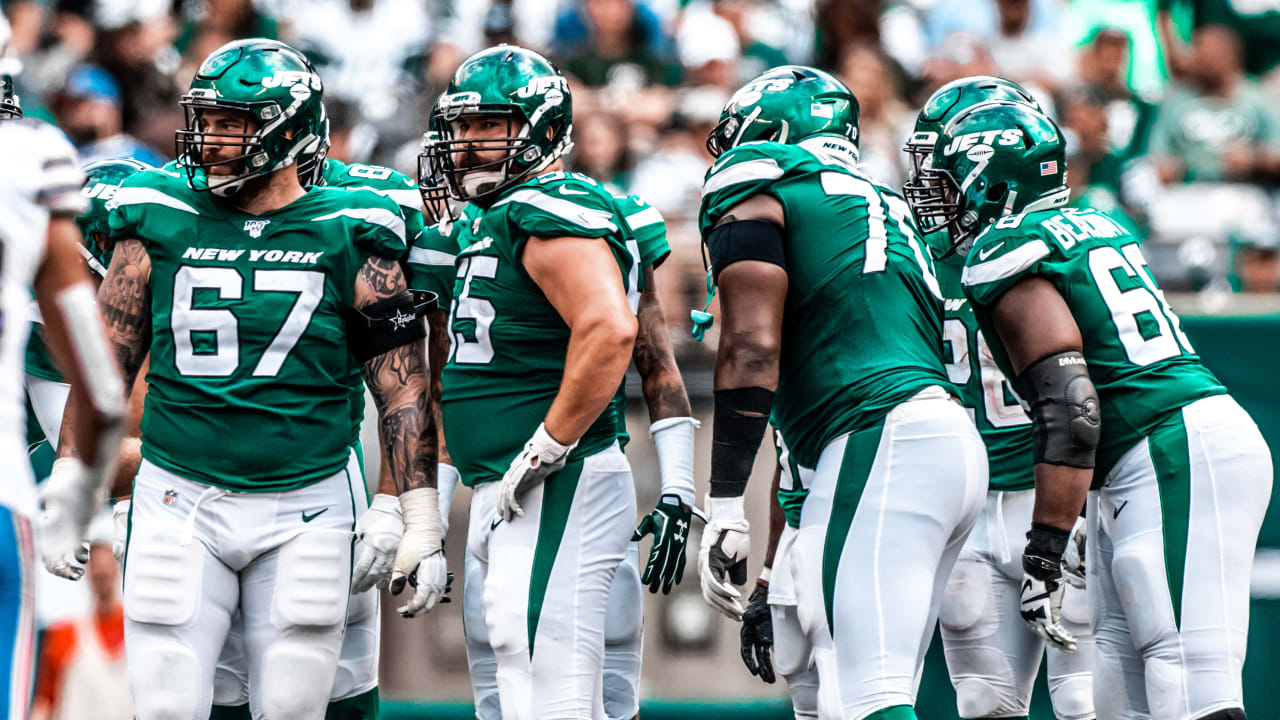 On Sunday September 11, the New York Jets suffered a 24-9 loss to the Baltimore Ravens in Week 1 of the 2022 NFL season. The Jets, New England Patriots, Dallas Cowboys, and Green Bay Packers were the only teams held to under 10 points, which shows their offense needs lots of improvement. There were a lot of takeaways in this game both positive and negative. First, let’s talk about the positives, especially since there were not many of them.

First from the offense, running back Breece Hall looked more valuable in the passing game as he had six receptions for 38 yards compared to his six carries for 23 yards. Wide receiver Garrett Wilson looked impressive with his four catches for 52 yards. Even though he only had four catches, Wilson led the team in average yards per reception with 13 yards per catch.

On the other side of the ball, rookie edge rusher Jermaine Johnson looked good with one tackle and half a sack. However, the best rookie overall was cornerback Sauce Gardner. In 34 coverage snaps, Gardner only allowed one catch for eight yards and had a nice pass breakup on star tight end Mark Andrews.

The Ravens are generally a rush-first team especially with elite scrambler Lamar Jackson at quarterback. However, their leading rusher was Kenyan Drake who only had 31 yards on 11 carries. Also, Jackson only had 17 rushing yards on six carries.

Michael Carter was easily the Jets best player offensively on Sunday. He did not want to give up his starting running back position so easily as he had 100 all-purpose yards between 60 rushing yards and 40 receiving yards.

Now let’s get into the negatives, as the Jets looked sloppy.

The Jets signed AFC Champion C.J. Uzomah to be the new starting tight end however he was nowhere to be found on Sunday. Not only did he not even have a reception but he did not even get targeted throughout the game. Tyler Conklin was targeted seven times and had the Jets only touchdown and tight end Lawrence Cager had more targets than Uzomah as well. They needed to get Uzomah involved in the passing game and it should have been easy considering quarterback Joe Flacco threw the ball 59 times in that game.

It was obvious from watching the Jets need Mekhi Becton and/or Duane Brown. Flacco was sacked four times and the running game was nonexistent minus Carter’s 10 carries. The Jets abandoned the run game due to being down the majority of the game and not getting quality runs leading to Flacco throwing 59 times.

Both the kicker and punter for the Jets had brutal games. Greg Zuerlein missed a field goal and a PAT on their lone touchdown. Also, punter Braden Mann had a rough outing as he had a 20-yard punt that he shanked which led to a Ravens touchdown. After his poor performance, the Jets signed former Los Angeles Chargers punter Ty Long to offer some competition.

The Jets’ offense had a decent amount of drops that just cannot happen or at least not often. Corey Davis led the team in receiving yards with 77 but still had a dropped pass which has been a big issue for him since he entered the league in 2017. Even Michael Carter had a dropped pass that would have been a touchdown in garbage time. Also, Elijah Moore had a touchdown but was then called for offensive pass interference.

Turnovers acted as a leak in the fuel of the Jets’ overall game plan. Two, in particular as Flacco threw an interception which led to a Ravens field goal and Hall fumbled after a seven yard catch. Taking care of the football is one of the most important parts of football as it is very difficult to win a game if you lose the turnover ratio.

The last negative is third down conversions. The Jets are last in the league with a third down conversion rate of 14.29%. At one point, they were 0-8 on third downs. One of the many things that separate good teams from bad is being able to extend drives and drive down the field as opposed to three-and-outs. Not only is it bad for the offense, but it is bad for the defense as the opposing offense has great field position to start off the drive and it keeps the defense on the field longer resulting in getting gassed.

The Jets need to really focus on their negatives from last week in practice if they want to beat the Cleveland Browns on Sunday September 18.

Three Takeaways from Eagles 38-35 Win
Week Two Dallas Cowboys vs Cincinnati Bengals: What To Watch For