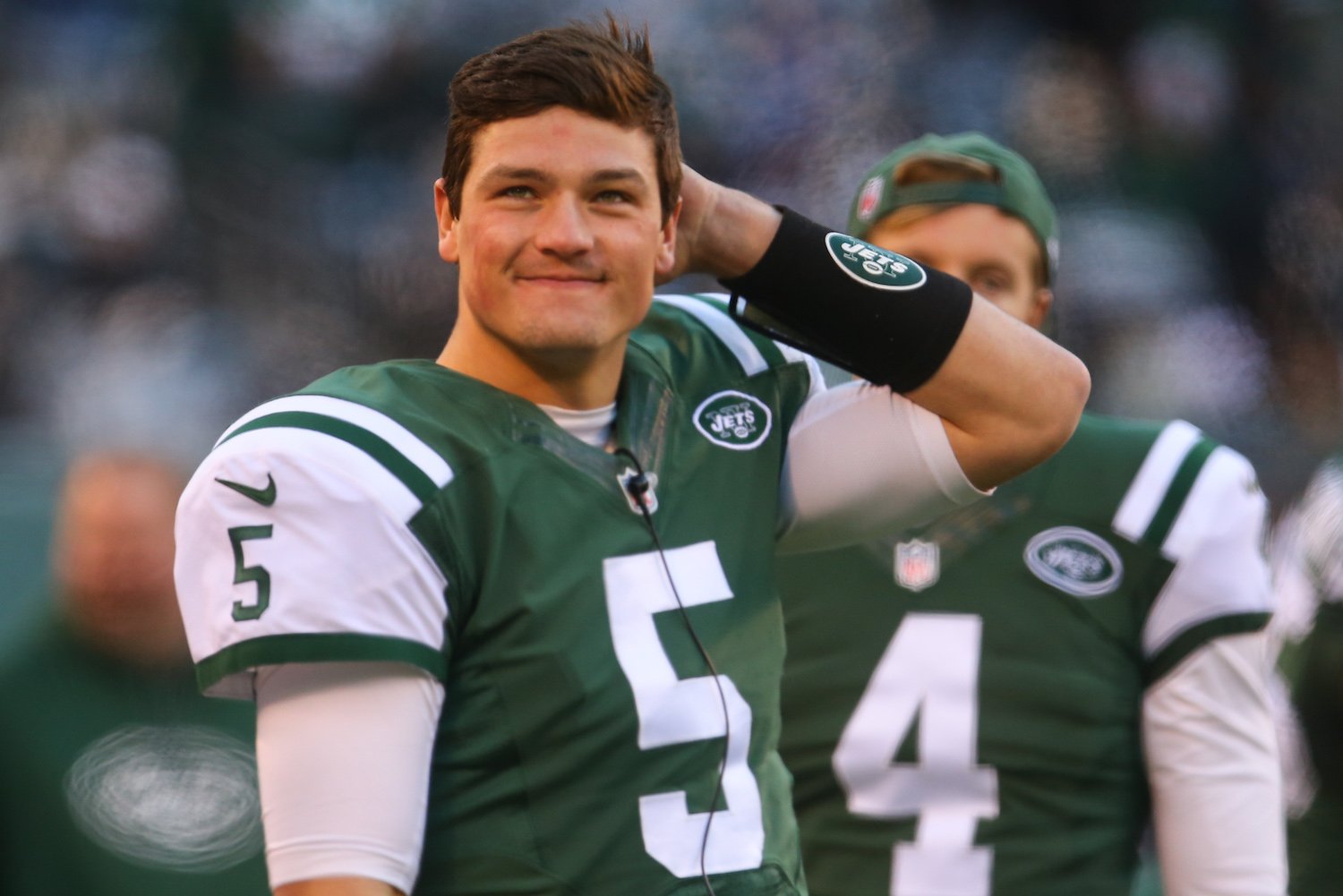 Mike Pennell, Christian Hackenberg, and Josh McCown spent part of their off-day as guest coaches for three of the four participating teams. Hackenberg, a former Nittany Lion, has experience throughout his college career in giving back to the community. At the Atlantic Health Center, he told me: “It’s just cool to be able to come out here, let these kids experience this: coming into our facility [and] running around. I never had an opportunity to do anything like this when I was younger so, it’s pretty cool to be welcomed into a professional building, a professional facility and be able to run around and have some fun.” Down at halftime, Hackenberg told his team to: “keep plugging away [and] keep fighting”. As time was running out on his team’s chances to win, he sat next to a young player who was sulking on the sideline. Hackenberg said: “I just told him ‘when things are tough you can’t keep your head down, you have to keep going and you have to be the same guy. [Your teammates] are there for you when you’re not doing so well and for whatever the reason is, you have to keep up and you have to help those guys out as well. It’s a team thing. I hope the message stuck.”

Prior to the start of the games, the Jets presented a $40,000 check for the second year to the NYC PAL to fund Jets NFL FLAG football program. The Jets, PAL, and USA Football created it in May 2016.  The partnership aims to bring the community closer together by providing 1,200 youth from the five boroughs of New York City the chance to play flag football at no cost with opportunities for NYPD officers to volunteer to coach teams near their local precincts.

“Without getting into any X’s and O’s”, Hackenberg was right on in his expectations for the boys and girls vying for a spot at the FLAG football Nationals: “I think the biggest takeaway at this age is: you just have to go out and have a blast. To this day, I go home and talk to all my buddies or I’ll talk to my college friends: we’re always talking about high school, little league, and pee-wee football and these are the coolest moments ever. I’m sure if you ask any of us sitting in this locker room right now, if we could go back and play a pee-wee game? Everyone would be like: ‘without a doubt’….For me, I think that’s the coolest part and I hope they really took that away because it doesn’t last forever.