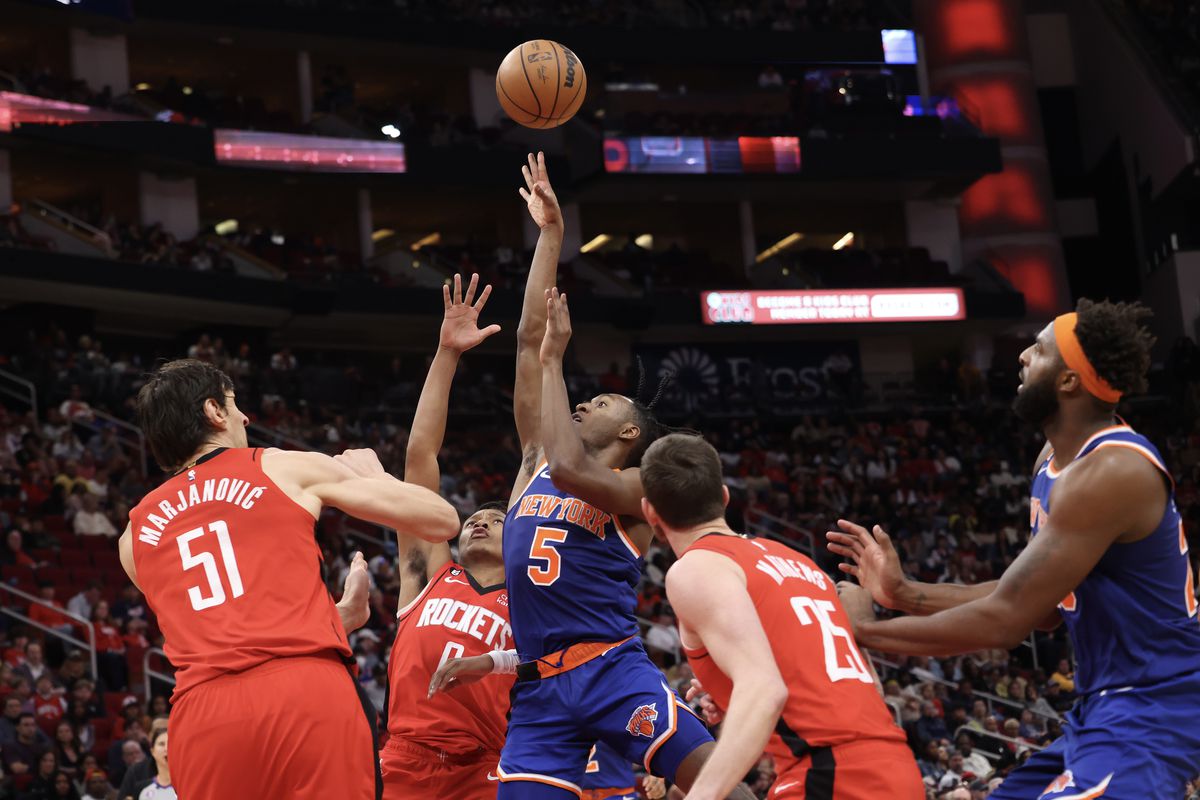 The New York Knicks are more than halfway through the season with 48 total games played and a 25-23 record. They are currently seventh place in a far more competitive Eastern Conference than years prior. If the season ended today, the Knicks would have to participate in the Play-In Tournament with a finish outside of the top six seeds. The Knicks have seen changes, for better or for worse, since the first month of the season but let’s take a look.

The Knicks still play a streaky brand of basketball, typically winning three to four games in a row then follow that up by losing three to four games. They are currently on a four game losing streak which could get even worse. Their next three games are against top seeded teams in the Eastern Conference in the Cleveland Cavaliers, Boston Celtics, and Brooklyn Nets.

Another painful trend with the Knicks are their susceptibility to injuries. With Mitchell Robinson,  Derrick Rose, Obi Toppin, RJ Barrett, and Quentin Grimes all missing time with various ailments, this team has struggled to stay healthy overall. Robinson is currently the only player injured after having surgery performed on his sprained thumb recently but the Knicks need him desperately at the center position. The Pensacola product is one of the best shot blockers and offensive rebounders in the league, that production will be sorely missed.

Once again the big three of the Knicks in Jalen Brunson, Julius Randle, and Barrett have stepped up and carried this team. Brunson is carrying this team and scoring at will, Randle is now 24th on the all-time scoring list for the Knicks franchise and Barrett is averaging 24.9 points on 47.7% from the field and 40.0% from three in his last sixteen games.

One difference-maker for the Knicks has been their ability to defend New York and one of the NBA’s most famous arenas in Madison Square Garden. The Knicks possess a losing record of 11-13 at home which is sub-par especially for a team attempting to make the playoffs and avoid the Play-In Tournament.

The Knicks seem to play their best brand of basketball on the road, possessing a 14-10 record on the road. In the first month, the Knicks were 2-4 on the road with a negative +/- of -6.5.

This team has done a much better job of taking care of the basketball. Earlier in the season, the Knicks averaged an abysmal 15.3 turnovers per game. Fast-forward to the present, the Knicks have the fourth lowest amount of turnovers in the league with 630.

Two players that were playing great basketball in the first month of the season, Cam Reddish and Isaiah Hartenstein, are either not getting minutes now or not playing well. Reddish has not played a game in 51 days. Hartenstein has seen a significant dip in his points per game and rebounds, averaging a paltry 4.9 points per game and 6 rebounds per game. The German big man lost his role as backup center to Jericho Sims but is currently coming in behind Sims due to the Robinson injury.

One player that was performing well was Toppin. The Dayton alum seems to have lost his confidence however and has been struggling to shoot the ball lately. Toppin had 14 points including four three’s in just 11 minutes in a loss against the Toronto Raptors so there maybe hope though.

Immanuel Quickley has stepped up after a lukewarm start to the season. Quickley has been playing effective basketball lately especially with Barrett’s latest injury, placing him fourth on the team in points per game with 12.5. Deuce McBride, on the other hand, has not been playing well. In six of his last seven games, McBride has not recorded a single point. McBride’s specialty is on the defensive end and for a short time was contributing positively on offense but now his game looks lost.

Stay Frugal In The Trade Market

There have been rumors floating around about the Knicks going after veterans such as Alex Caruso or Serge Ibaka for defensive purposes. The Knicks do not need either player despite fitting head coach Tom Thibodeau’s playstyle. Caruso is an excellent defensive player but how much better defensively than players already on the roster like McBride, Grimes or Quickley. Ibaka would only be a short-term fix as he would have no spot in the rotation once Robinson comes back.