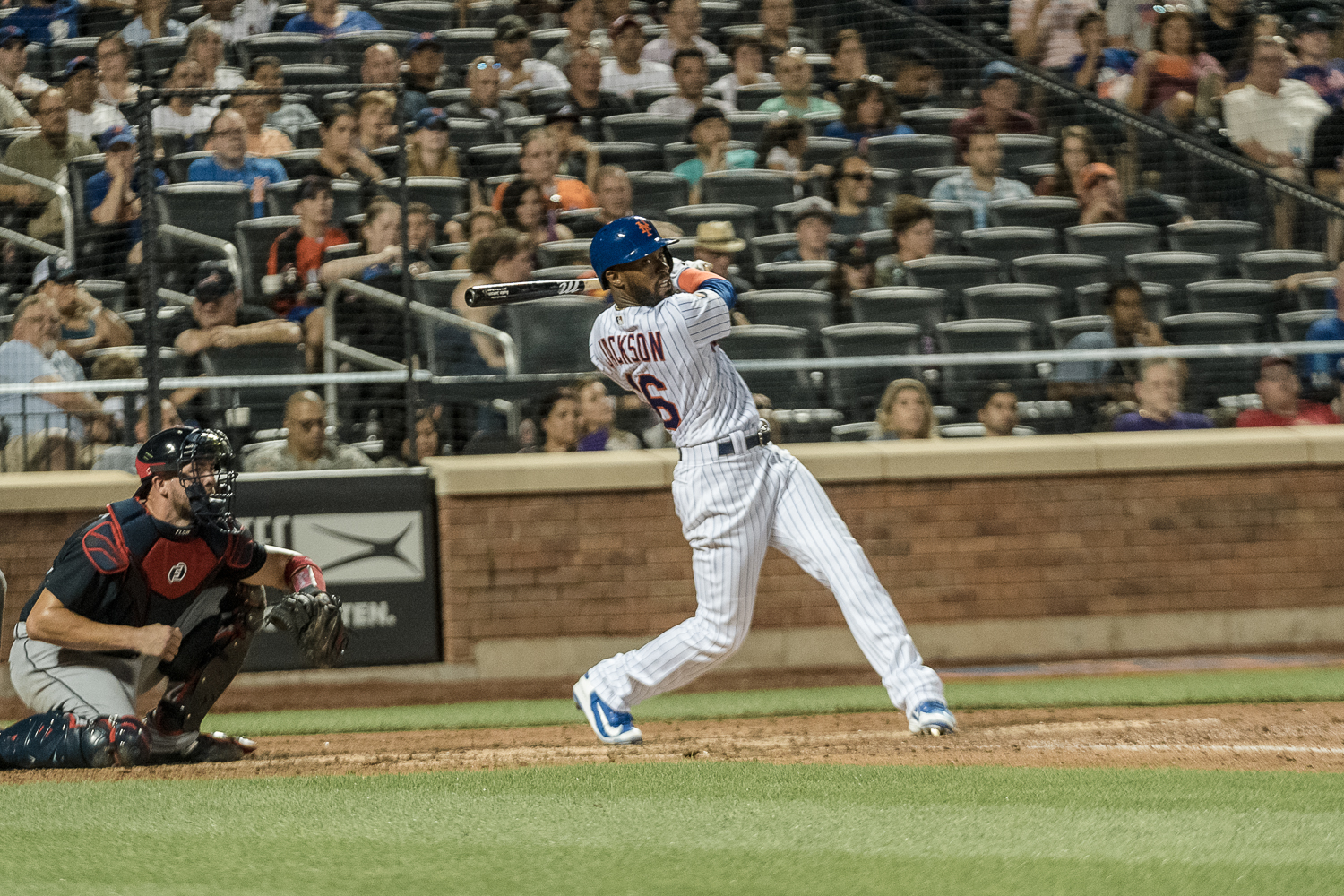 This offseason the Mets have proved to be making improvements to the baseball side of the team. Bringing in new general manager Brodie Van Wagenen, and the addition of new players it is easy to be excited for the 2019 season. On Thursday they showed off improvements for the Fan Experience at the New for 2019 at Citi Field Event. Highlighting the event were announcements for the Mets Hall of Fame museum celebrating the 1969 World Championship team, New business partnerships, Promotion night and non-baseball event announcements, and a taste testing of the food at the stadium.

Mets Hall of Fame Museum and Players Weekend: The first stop of the tour was to the new exhibit in the Mets Hall of Fame at the stadium. Special exhibits were created to celebrate the 50th anniversary of the ’69 World Championship team. Highlighting these exhibits are a Christmas card from Casey Stenger to Joe Pignatano predicting that it would be a great season. As well as the game used glove of Ron Swoboda’s “the catch” in game 4 of the World Series, and more.

Part of this was an announcement of a special 1969 Players Weekend to celebrate the anniversary. The events will take place over the June 28-30th weekend and each will have their own promotions. Friday the 28th will kick off the weekend with a giveaway where all fans in attendance will receive a 1969 Replica Jersey. Followed by a 1969 Pennant giveaway for the first 15,000 fans, and a reunion of the Championship team in a special pre-game ceremony (players in attendance include Ron Swoboda, Cleon Jones, Ed Kranepool, and Jerry Koosman, and many more) on the 29th. All in-game programming and prizing will be themed to ’69 music and other classic themes. To close the weekend on the 30th fans can come away with a 1969 Championship Ring replica to the first 15,000 fans.

The Mets will also be featured in coverage of DAZN’s new baseball show ‘Changeup’ hosted by Adnan Virk. A seven day a week MLB series on the DAZN sports network.

Fans can take a seat and enjoy the game from the Blue Point Brewing patio. Where they can enjoy food and drink from the Porche Grille above the K Board in the Left Field Corner. The space has an incredible view of the whole stadium and has a unique coastal feel to it.

Promotional Schedule and Non Baseball acitivities: Rolling out a promotional schedule the Mets announced the return of Free shirt Fridays. With some really cool and unique designs they should be added to your calendar. Highlighting the promotions were the creative Bobbleheads in partnerships with other pop culture brands. In collaboration with the WWE there is a Todd Frazier bobblehead night for the same weekend as Wrestlemania with Frazier holding a championship belt. Keeping a Game of Thrones night with a Noah Syndergard Bobblehead night. Star Wars fans should make sure to get tickets for the May 25th game celebrating with a Obi-Wan Canobi bobblehead which features Robinson Cano in a Jedi outfit and light saber for a bat. Completing the bobble heads will be teaming up with Marvel and a Spiderman night.

Check out more of these events here. Stadium Food Taste Testing: The main event of the day was the taste tasting of the food selection at Citi Field for 2019. To break it down each food will be grouped into a category with the restaurant that fits that category. For Burgers at the Ballpark you can find them at: Emmy Squared – Along with their pizza options they team it with the delicious ‘Le Big Matt’ a double stacked Pat LaFrieda grass fed beef patties, American Cheese, Sammy Sauce, Greens, and Pickles, on a pretzel bun. Sliders and Sinkers: The Champ Sliders which comes complete with house spiced bacon, onion agrodolce, roasted tomatoes, and a side of cheddar cheese dipping sauce. Bash Burger by Chef Josh Capon – Burger with Carmelized onion & Bacon Jam, shaved pickles, American cheese, and topped with a secret sauce. Shake Shack – ShackBurger their cheeseburger with Lettuce, Tomato, and their special Shack Sauce. Marty’s V Burger – a complete vegetarian option at the stadium is the Shroom Steakhouse Burger aka the BEYOND BURGER which comes with melted mozzarella “cheese” reminder it is vegetarian, house made steakhouse sauce with sauteed mushrooms, on a sesame seed bun. Pat LaFrieda’s Chop House – The 2018 Burger Bash winner is back in all it’s glory with cheddar fondue, cipollini onion agrodulce, with Millionaire’s bacon, and roasted tomato. For Pizza at Citi Field: Emmy’s Squared – the newest addition to Citi Field is emmy squared with some great pizza options. With their Colony and The Emmy Pizza’s. The Colony comes with it’s sauce and mozzarella, Ezzo Pepperoni’s, pickled jalapeno’s, and honey. The Emmy topped with sauce, mozzarella, banana peppers, red onion, and a ranch side sauce. The Pizza Cupcake – a cupcake shaped pizza with a Margherita, or Pepporini option. Big Mozz – serving shareable pizza rolls with mozzarella, red sauce, pecorino romano & magic. Sandwich Options:  Stuf’d – with a signature sandwich of the Stuf’d Reuben a cured corned beef, that is laced with German Stone-ground mustard, and topped with purple slaw, with imported Swiss cheese and Thousand Island Dressing. Nicoletta – The Meatball hero a sandwich featuring Nicoletta’s Recipe Meatballs, classic marinara, mozzarella cheese, parmesan gremolata on a sesame roll. Pat LaFrieda’s – a house favorite consisting of 100% Black Angus Hand Cut Beef, Vermont Monterrey Jack cheese, Sauteed sweet vidalia onions and Beef Au Jus, served on a baked and toasted French Baguette. Anything Chicken: