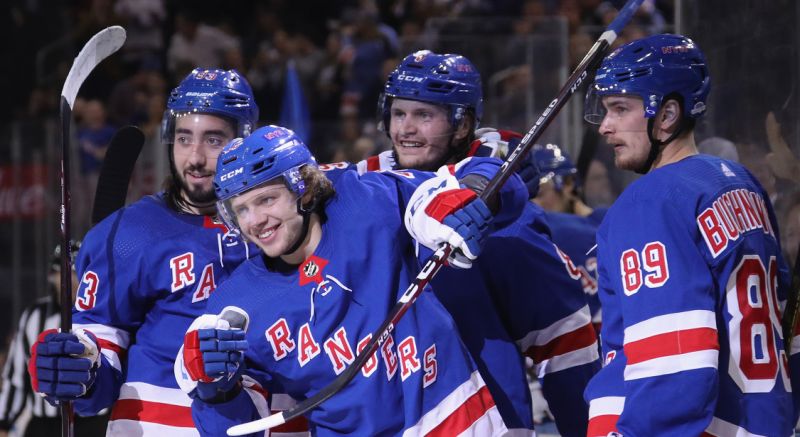 The New York Rangers find themselves sitting in a three-way tie for the second-to-last spot in the NHL. A very promising summer camp and off season for this team might’ve gotten the best of them in the beginning stages of the season. Playing only nine games, they have an overall record of 3-5-1. Their hottest player, Mika Zibanejad is now hurt with an upper body injury along with top goaltender, Henrik Lundquivst. All of their big stars have been very quiet, especially alternate captain Chris Kreider. Things aren’t working out for the Rangers as they had hoped.

Coach David Quinn made some lineup changes hoping to shake up the team. With the injury of Mika Zibanejad, Quinn brought up young Filip Chytil. He was sent down to the Wolf Pack at the beginning of the season after playing the entire season with the team last year. So far his impact in the AHL has been stand out. He has nine points overall in all the games he’s played so far. When asked how he felt being cut from the team, Chytil was nothing but positive.

“Things happen in life and sports. I just focused to get back to my game and getting better everyday and playing hockey,” Chytil responded to reporters.

When asked if Chytil was being brought up because of Zibanejad’s injury, David Quinn was quick to strike back at reporters defending Chytils game.

“Fil is here because he earned it. Not because Mika is hurt”

Along with Chytil, young defender Ryan Lindgren has also been recalled from the Wolf Pack. He made his NHL debut last season against Carolina on January 15th. David Quinn was complimentary of Lindgren when asked what he liked about his game.

“Overall his game and puck play are better. I really like the edge he plays with. When coming back up from the AHL, a player gains confidence. The transition is easier for them and all of these play a factor.”

Hopefully the recall of Chytil and Lindgren will help the Rangers get back into the game. They have all of the key players, but need to connect better overall. More shooting needs to happen and less passing. Their big time players need to step it up before the Thanksgiving break. Getting all the kinks out now will help this team progress in the future.