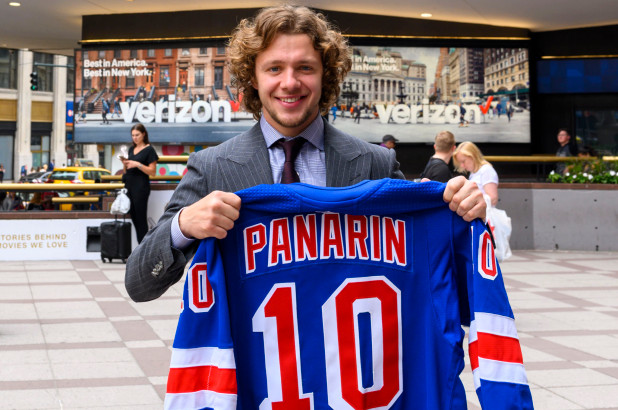 Last season the New York Rangers finished with an overall record of 32-36-14 with 78 points finishing 7th overall in the Metropolitan Division. It wasn’t a very good season for the Blueshirts, but that was to be expected as last year was a rebuilding season.

This season they will be bringing in Kakko, the second overall pick in the draft who stood out in Traverse City. He netted the OT winner against Minnesota and finished the game with 4 points.

Jacob Trouba is also new to the team this season, as he came from Winnipeg. He will help out on the defensive end as that has been a struggling point for Rangers. The consistency of the defensemen has been a problem for a few years now. Hopefully Trouba can bring some experience to this defensive core of Staal, DeAngelo, Skeji and Smith. Trouba played in all 82 games last season and had 8 goals and 42 assists with an overall 50 points.

Another awesome pick up for the Rangers is Artemi Panarin who signed a seven year $81.5 million contract. He left the Columbus Bluejackets after they had their playoff run last season. He will be playing with Pavel Buchnevich and Mika Zibanejad this season. The three of them believe that they will be great together.

They have been working together in training camp and keep in close contact with one another. Mike Zibanejad spoke about Panarin after camp and said, “He’s good at holding the puck and finding those little areas to make the plays,” Zibanejad said. “I think for me, it’s kind of treated a little bit like playing with [Mats Zuccarello] last year. He’s a great passer. He has a great shot too, so I think for me it’s just to kind of get open and put myself in maybe more of a shooting role.”

All the stars seem to be aligned for this Rangers top line. After being in New York for three weeks, Panarin told reporters, “When I was traded from [the] Chicago [Blackhawks], I put pressure on myself. I don’t feel that pressure here.” Last season with the Columbus Bluejackets played in 79 games had 28 goals and 59 assists with 87 overall points. He will be a very important piece to the Rangers offense.

The Rangers believe this season will be their breakout year. They have all of the right players on their team now and are very confident in themselves coming out of camp. The Rangers open up October 3rd at MSG against Trouba’s old team, the Winnipeg Jets.