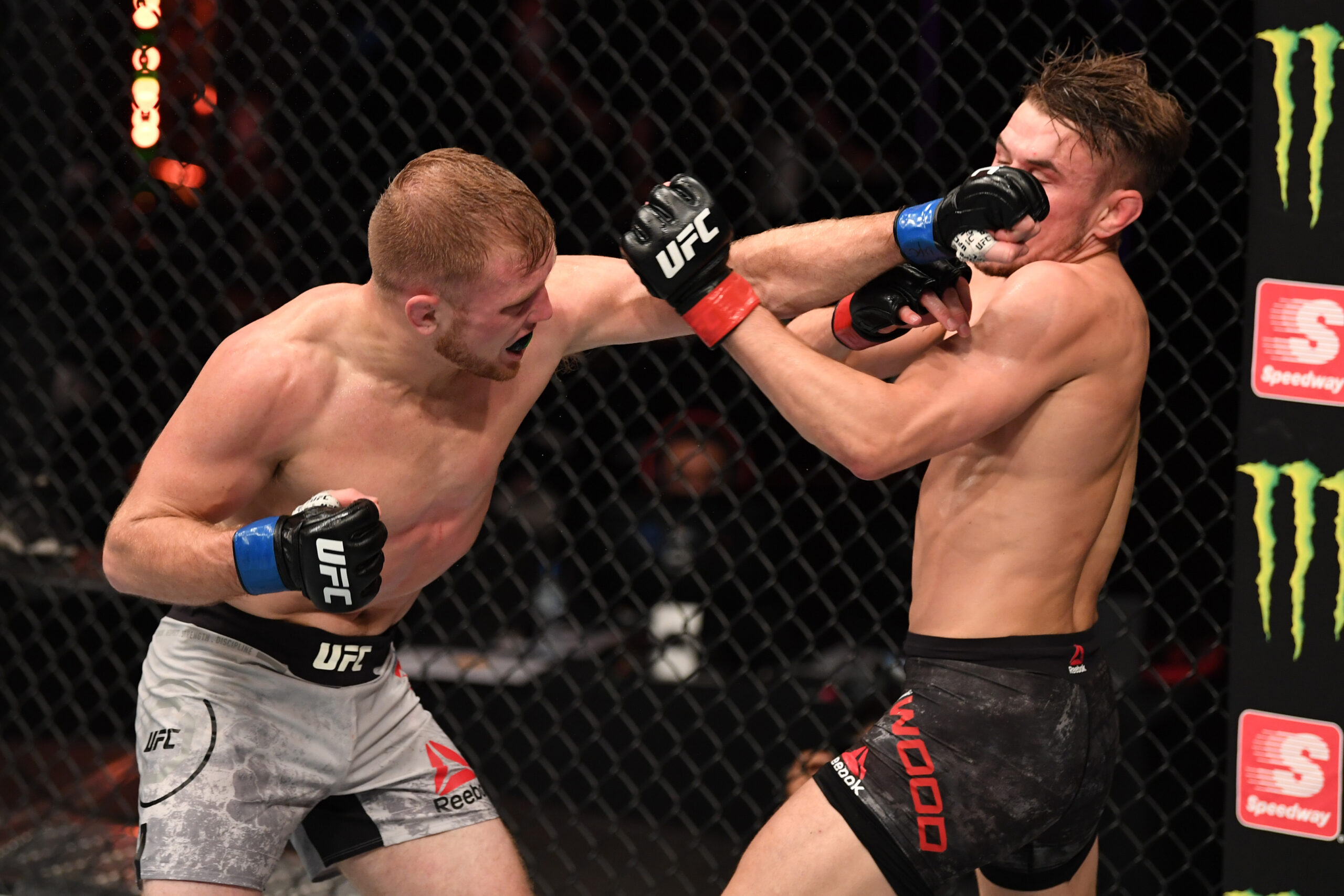 Khabib Nurmagomedov stole the show at UFC 254 with his submission victory and his subsequent decision to retire. The event was packed with news that flew under the radar.

At just 23 years of age, Miranda Maverick secured her first UFC win in as many tries. Her debut was nearly flawless, as she cruised to a doctor’s stoppage victory.

It wasn’t just that she won her debut though, it was how she went about achieving it, with a beautiful mix of composure and talent.

The lead elbow that’s pictured above was devastating. She attempted it earlier in the bout and barely missed the target, but she was aware enough to try it a second time.

This is a contender in the making within the UFC’s women’s flyweight division. She’s made her way to the UFC while simultaneously earning a PHD at Old Dominion University.

As she continues to improve, she’ll keep evolving her already dangerous Muay Thai attack. With five submission victories to her professional record, Maverick ought to be feared both on the ground and the feet.

Alex ‘Cowboy’ Oliveira was a difficult draw for Shavkat Rakhmonov in his promotional debut. It was evident early that he belonged in there with the UFC vet though.

The young, undefeated (13-0) prospect made a big callout following his debut submission win.

“I beat a Brazilian cowboy, maybe an American cowboy is next.”

Honeslty, I’m not sure if Cerrone would be interested in taking a high risk, low reward fight versus Rakhmonov. I am certain though that ‘Nomad’ would be up to the challenge against the battle-tested veteran.

Hardcore MMA fans circled this bantamweight prelim immediately after it was scheduled. Casey Kenney and Nathaniel Wood delivered in a Fight of the Night bonus-worthy effort.

Both fighters proved why they’re on the fringe of being ranked in one of the promotion’s deepest divisions. Kenney was out-struck by Wood 136-123, but the former landed two takedowns which proved to be decisive.

Both men were having success in the striking department throughout the contest. At one point in the second round it seemed like Wood was a step ahead in terms of cardio, but Kenney found his second wind.

Prior to the fight I believed the winner would make for an ideal next opponent for Sean O’Malley. After watching the bout, I standby that notion.

Lauren Murphy felt slighted and overlooked by the UFC when she was given newcomer Liliya Shakirova.

The fourth ranked women’s flyweight is now (5-1) since dropping down to flyweight in 2017. In her most recent fight, Murphy effectively used her reach and height advantages to stifle Shakirova.

After she secured the submission, she told Jon Anik that she wants to face the winner of Valentina Shevchenko and Jennifer Maia. Either Jessica Andrade or Cynthia Calvillo is more realistic however.

Regardless, Murphy proved her worth as a possible title challenger by looking dominant over the weekend.

The performance by Alexander Volkov against Walt Harris cannot be understated. With the win, ‘Drago’ sets up a match-up versus one of the following: Junior dos Santos, Alistair Overeem, or Jairzinho Rozenstruik.

Unfortunately it’s back to the drawing board for Walt Harris. It’ll be interesting to see if he takes some time off or if he gets right back in there to try and right the ship. Either way it’ll be against a much lower-profile opponent.

Volkov, the former Bellator and M-1 heavyweight champ, had to beat Harris if he still hopes of one day competing for UFC gold. Huge victory for the Russian striker.

UFC 254: Staff Picks
Takeaways From Games One, Two And Three Of The World Series