Next Steps for Quinn Cook 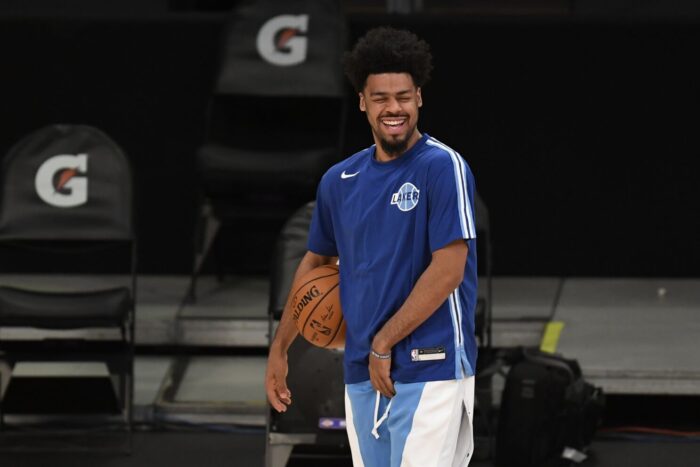 As the roster deadline approaches, Mike Brown and the rest of the Sacramento Kings coaching staff are forced to make executive decisions. Three players are to be removed from the roster and two have been selected. Two-time NBA champion Quinn Cook, along with Kent Bazemore were cut from the Kings roster.

“This is probably the worst part of the job, is when you have to release guys, especially good guys that have worked their tail off and they could just as easily be on this team,” said coach Mike Brown. “And you talk about Kent Bazemore and Quinn Cook; they’re fantastic human beings and had a good chance. I think this comes down to we have to make a decision at some point, and they were the decision we made last night.”

Earlier last month the Kings agreed to a one-year non-guaranteed contract with Cook. The point guard is no stranger to the Kings’ franchise, Cook played for the G-League in Stockton. Prior to playing for Stockton, Cook fell out of love with the game of basketball. On Media Day, Cook explained he gave up hope for his basketball dreams.

“I got my love back for the game,” said Cook. “Stockton was the best professional decision I’ve ever made going there, hooping, feeling healthy, and coming back to the game.”

Averaging 6.4 points, 1.7 rebounds, and 1.6 assists per game, Cook may still be a solid bench player. Officially a free agent at 29 years old, Cook is still in his prime. His last season with the Stockton Kings, Cook averaged 23.5 points, 5.9 assists, and 4.9 rebounds.

Despite the Kings’ ending result, Cook has more fight in him to continue his career on the court. Cook has already proven his value as a Stockton King, and there are many developing, new roster teams that can benefit from a reliable bench point guard.

Portland is a great example. The Trailblazers are redeveloping with a young team that could use a veteran point guard. Even the Brooklyn Nets, which is the highest projected team to win in the East, could benefit from Cook’s assistance. It’s proven that the Nets’ starting five has to be completely healthy to make it out of the first round of the playoffs.

Cook has much more basketball left in him. It is imperative that his next move be conducive with showcasing his talents to his best ability.