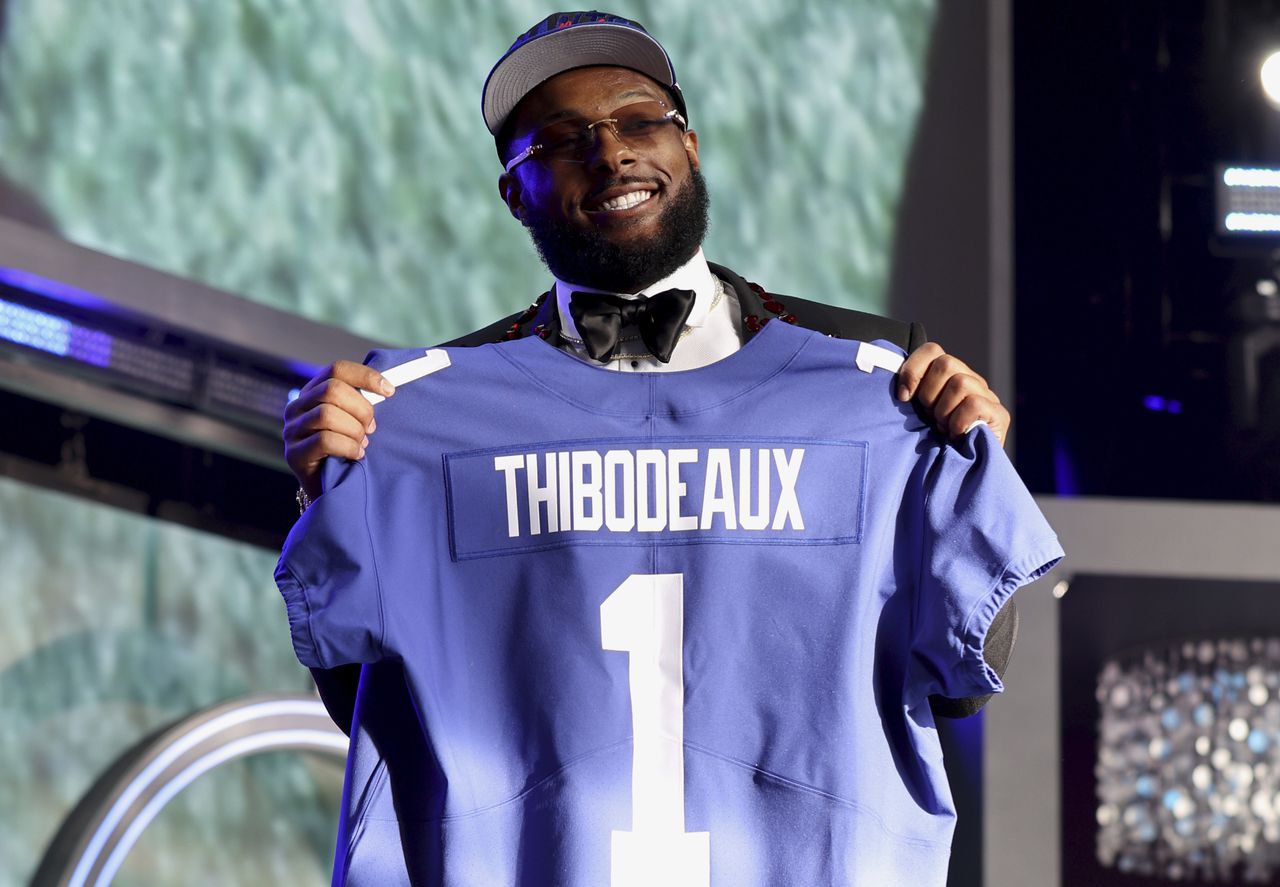 Football is back! All 32 NFL teams started this season’s training camp this past Tuesday. All teams have one goal in mind, the Lombardi Trophy.

One intriguing topic that fans like to speculate about is how their favorite team’s rookie will impact the team’s success. Some teams’ first-round picks could contribute little to nothing in year one while an undrafted one could come on the scene and make a huge addition to the team.

That’s what is great about the NFL, it is so unpredictable, that anything can happen. One division that is always a mystery is the NFC East. There has not been a consecutive winner since the 2003-04 seasons when the Philadelphia Eagles won the division back-to-back. The NFC East is always up for grabs year by year, who will win it this season?

In this article, I will list the top 5 rookies in the NFC East that will impact their respective teams the most, not only this season but in the future:

The former Oregon Duck was selected at number five overall by Big Blue. Kayvon was speculated to go number one overall for some time before the draft, so in many people’s eyes, he was a steal at five. At 6-5, 250 lbs Thibodeaux is a freak athlete. The 2021 All-American posted 126 total tackles, 19 sacks, and 3 forced fumbles in his three years in an Oregon uniform.

He is someone who the Giants can build their defense around and is already being talked about as a potential rookie of the year. Kayvon can get to the quarterback at will, and his game should translate well to the NFL. There is tons of upside to Thibodaux, let’s just hope the Giants can get the most they possibly can out of the former Duck.

The former All-American Georgia Bulldog was selected 13th overall by the Eagles for which they traded numerous other picks. Davis is an absolute unit standing at 6-6 340 lbs. While at Georgia he recorded 90 total tackles and 7 sacks. He also won the Defensive Player of the Year Award this past college season.

Though Davis is particularly a two-down defensive tackle, he will make his presence felt. His enormous frame is something that you cannot teach at any level. He will be a run stopper, but will hopefully evolve more than that throughout his career. He also will learn a lot from All-Pro teammate Fletcher Cox. Opposing offensive lines will have a long game when they take on Philadelphia.

The two-year Tulsa Golden Hurricane was a real head-scratcher of a pick in the first round. Many experts predicted Smith would be a second or third-round pick but America’s Team must have seen something the rest of the league did not. The athletic, strong offensive lineman stands at 6-6 330 lbs. He is a phenomenal run blocker that was graded at 93.3, the highest ever from an ACC player.

Although Smith was not a flashy pick, he can immediately make an impact for the Dallas Cowboys. After losing La’el Collins and Connor Williams in free agency, Smith will look to contribute to one of the best O-lines in the NFL. Whether he will play guard or tackle is still to be determined. If he can improve as a pass blocker, Smith can be the young cornerstone of Dallas’ offensive line for years to come.

While the QB room contains Carson Wentz and Taylor Heinicke, there is still a great possibility Howell will see the field sometime this season. Even if Howell ends up as a third-stringer all season, he can learn from the two veteran quarterbacks. Howell has the talent to become a starter in the NFL and could become the face of the Commanders down the line.

The third-round draft pick will have the opportunity to contribute right away. The Cowboys lost Amari Cooper and Cedrick Wilson this offseason which leaves Ceedee Lamb and Michael Gallup as the X and Z. With Gallup’s return from a torn ACL currently unknown, Tolbert will have a great opportunity to fill that role for the time being.

And that will wrap up my top five impactful rookies in the NFC East. Look for each of these young players to contribute somehow this season even if it would be in small doses. And who will win the division this season? Once again, football is back!