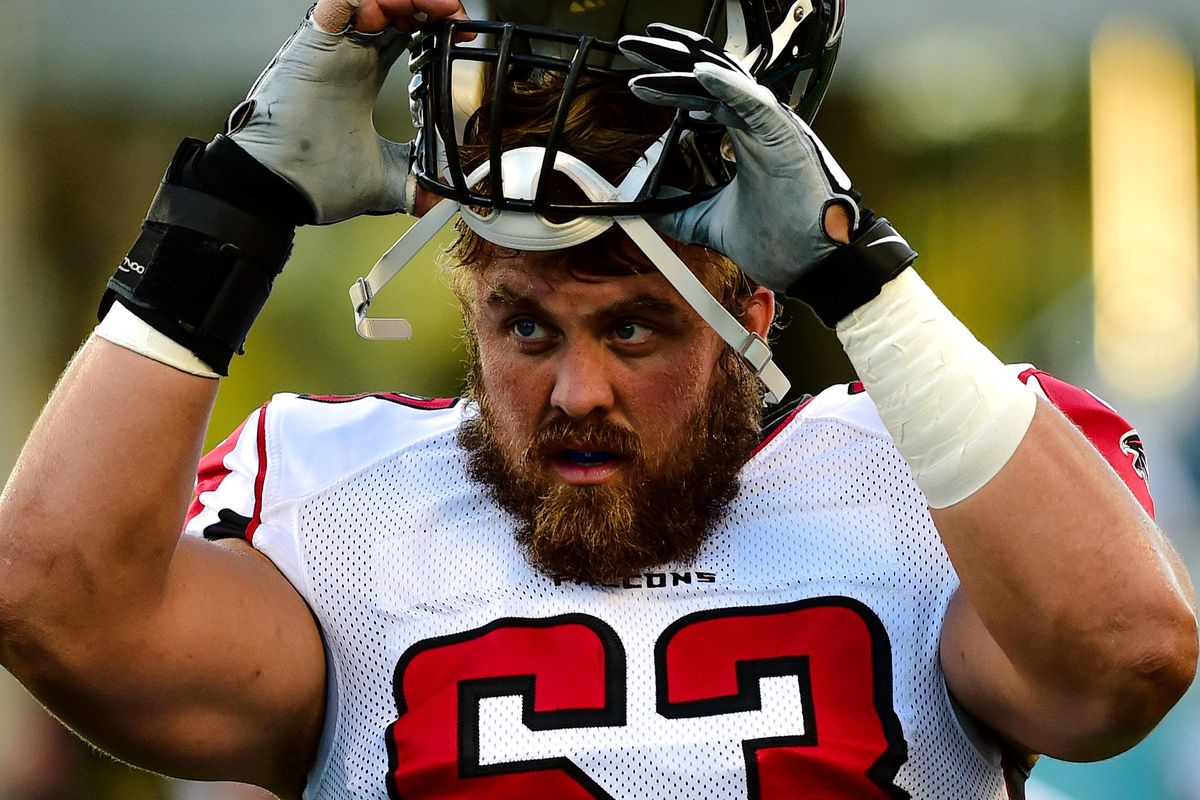 Garland and Hipple were selected for their exceptional efforts to honor and support members of the military community. The Salute to Service Award recipient will be recognized at NFL Honors, a two-hour primetime awards special to air nationally on Feb. 2, the eve of Super Bowl LIII, on CBS.

USAA, a leading provider of insurance and other services to U.S. military members, veterans and their families, will contribute $25,000 in the award recipient’s honor to the official aid societies representing all five military branches. The NFL will match USAA’s donation of $25,000, which will be donated to the award recipient’s military charity of choice. The award recipient will receive a specially designed military challenge coin, recognizing their commitment to the military. In what has become a long-standing tradition, challenge coins are presented to members of the military community to encourage excellence, boost morale or to recognize a fellow brother- or sister-in-arms.

“Each year since we created ‘Salute to Service’ with the NFL in 2011, we’ve recognized inspiring leaders within the NFL community that honor and serve our military, veterans and their families,” said Vice Admiral (Ret.) JOHN BIRD, USAA Senior Vice President of Military Affairs. “Ben Garland, a member of our military with a demonstrated history of supporting his fellow service members and Eric Hipple, who cares for the mental health and well-being of our military, are both worthy finalists for the ‘Salute to Service Award presented by USAA.”

In October 2018, 32 NFL clubs nominated coaches, active and retired players, and team executives and personnel, who best demonstrated support for the military community. These nominees were publicly announced in November and the submissions were evaluated by a panel of judges, including last year’s award recipient, former Atlanta Falcon and current New York Jet’s wide receiver ANDRE ROBERTS. Nominees’ credentials are evaluated based on the positive effect of the individual’s efforts on the military community, the type of service conducted, the thoroughness of the program and level of commitment.

The panel of judges, consisting of representatives from the U.S. military, the NFL and USAA, includes:

Below is the list of previous Salute to Service Award recipients. The award is part of the NFL and USAA’s year-round commitment to recognize and honor the military community.

Below is an overview on the two finalists. To learn more about all 32 team nominees, please visit www.nfl.com/salute.

The definition of Ben Garland can be considered many things: Offensive Lineman, Defensive Lineman, Atlanta Falcons Man of the Year, Captain in the Colorado Air National Guard or the absolute best at giving back to our nation’s heroes and their families. “My family has a long, proud history of service in the Armed Forces, so I was raised understanding what the families of loved ones go through. On top of that, I was able to serve myself. During my service, I met the most incredible people; brave, selfless, intelligent athletic hardworking men and women of character. Over the years, service members I have been very close with have been injured, divorced, committed suicide, suffered from PTSD, lost limbs and even made the ultimate sacrifice overseas. Like any family member, you support each other through all times, so I want to give back as much as I can to fellow service members’, says Garland. In this year alone, Ben has traveled on two USO tours; the first to Italy and Germany and the second to Iraq and Kuwait. Ben seeks out any opportunity that he can to visit with military, shake their hands and say thank you.

When Ben is back stateside, he is extremely involved and focused on helping veterans get back on their feet after service and helping to raise awareness for PTSD. Earlier this year, he participated in the Armed Forces Mission’s Georgia LOSS Walk at Patriot Park in Fayetteville, Georgia. Ben walked alongside veterans, service members and families in honor of “Turning the Tide on Veteran Suicide”. Each year that Ben has been with the Atlanta Falcons he has participated in the annual Fishing with the Falcons event. This year, Ben traveled to Orange Beach, Alabama to go on a chartered fishing trip with wounded veterans.

In his efforts for veteran suicide prevention and PTSD, Ben has created substantial relationships with a number of military non-profits that he works with year-round including; Merging Vets and Players, Emory Healthcare Veterans Program, Shepherd Center SHARE Initiative and TAPS. Ben will be wearing customized cleats in Week 13 for SHARE Military Initiative (Shepherd Center) and Children of Fallen Patriots Foundation. Ben works with the Pigskin Patriots to help raise funds and donate time for camps for military children and he works closely with Children of the Fallen Patriots Foundation on granting college scholarship funds.

In addition to the hours he consistently gives to veterans and military families; he, as current member of our military, also finds time to give back to those who currently serve. He donates game tickets each week to service members, visits the Air Force Academy at least once a year to speak to the current students, works with Georgia Tech ROTC to inspire young officers and meets with local young officers to mentor them. In lieu of his constant efforts with our nation’s military, Ben still manages to find time to fulfill his duties as a Captain in the Colorado Air National Guard; which he was just recently selected to become a Major.

Eric Hipple is a former NFL quarterback whose ten-year career was spent with the Detroit Lions. Hipple was born in Lubbock, Texas and raised in Southern California. Eric graduated from Utah State University with a degree in Business Administration and was drafted by the Detroit Lions. Hipple’s accomplishments include two playoff bids, a Divisional Championship, and the Detroit Lion’s most valuable player award for the ’81 season. He is currently ranked sixth in career passing yards for Detroit. Since his 15-year-old son Jeff’s suicide, Hipple has devoted his life to building awareness and breaking down the stigma surrounding depressive illnesses. Hipple has received numerous prestigious awards such as, the presidential citation at the American Psychological Association’s 2006 Annual Convention for his six years of national community-based work combating adolescent depression and suicide prevention, the 2008 Life Saver Achievement award given by the American Foundation for Suicide Prevention, the Detroit Lions 2010 Courage House award, and the Neubacher Award in 2015 from the University of Michigan for his work with stigma associated with disabilities. Hipple’s message of resilience has provided mental fitness awareness to professional groups, military, law enforcement, schools, communities.

In conjunction with NAVY U.S. Fleet Forces, Hipple has provided workshops on suicide and destructive behavior prevention during the last 10 years by focusing on mental fitness. His book “Real Men Do Cry” received a publisher Presidential Award. After retiring from University of Michigan’s Comprehensive Depression Center, where he spent eleven years in outreach, Hipple currently serves as Outreach Specialist for Eisenhower Center’s “After The Impact” program, a nuero-behavioral residential treatment facility serving military veterans and former NFL players. Eric’s commitment to helping others find a quality in life is demonstrated through work with several non-profits. These suicide prevention workshops for USFF (U.S. Fleet Forces) are included on Navy bases and Naval Air stations on the East Coast, Europe and the Middle East.

In 2007, Eric was involved with the planning process of the ‘Real Warrior Campaign’ (Army suicide prevention) that aired at Super Bowl Radio Row and organized PSA’s with players supporting service members. In 2008, Eric helped organize NFL Legends to speak at Army bases throughout Texas, New York, Georgia and Mississippi during the NFL playoffs with the NFLPA and for the Army ‘Real Warrior Campaign’ presentations that took place at Okinawa Marine base and was a presentation that talked through suicide prevention. Eric has lead a group of eight (8) former NFL players that stayed 3 days on the Aircraft Carrier USS George Bush during deployment in 2012, 2014, 2016, and 2018 and has helped with ‘Destructive Behavior’ prevention workshops for Pac Fleet Naval bases, Naval air stations and submarine bases on the West coast, Hawaii, Korea and Japan.

Eric Hipple has been part of the 2016 Mental Fitness training at the Army National Training Center and for the 2017-2018 suicide prevention workshops for the Air Force at Minot Air Base and at the nuclear missile launch facilities from 2012-current. Eric Hipple organized the ‘After the Impact’ treatment program at Eisenhower Center that placed veterans and NFL legends together in a 30-day inpatient stay and hosted mental fitness presentations at Warren Armory, Battle Creek Armory, Selfridge Air Base, Army Air Station Saginaw VA presentation on suicide. Eric’s work continues to impact the military community.