NFL coaches On The Hot Seat 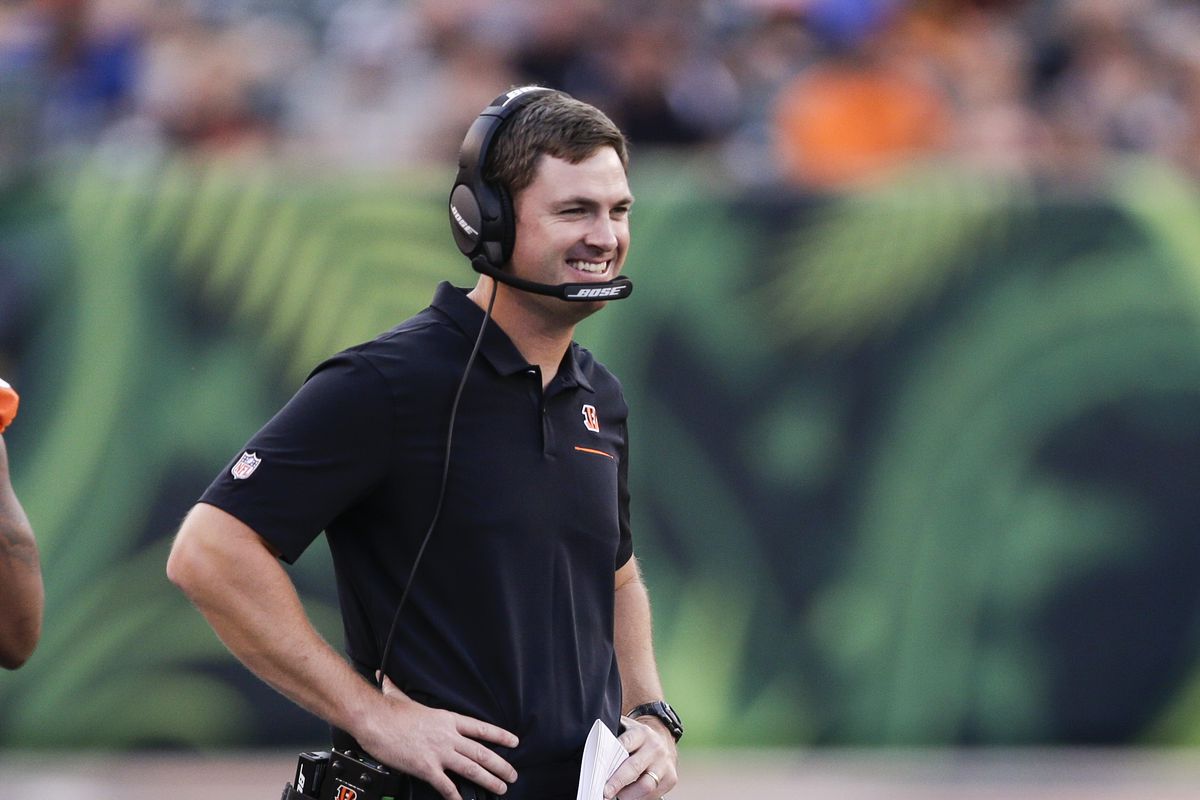 In a year where head coaches have more built-in excuses to fall short of expectations, it hasn’t mattered. Former Lions head coach Matt Patricia was the third coach to lose their job in the midst of this unique season along with Bill O’Brien and Dan Quinn. In 2019, we saw just two coaches lose their jobs in the middle of the season: Jay Gruden in Washington and Ron Rivera in Carolina. After the regular season, three were more fired:

It would not be surprising if that number was doubled in 2020. As the season starts to wind down, let’s examine the coaches who are on the hot seat:

It’s written on the walls – the only reason these coaches haven’t been let go is an effort to tank for a higher draft choice.

Gase has seemed to make the headlines each week for the wrong reasons. This week he tried to defend his interesting approach to playcalling:

Gase has been a major disappointment in each heading stop he’s made and it has all culminated into an absolute trainwreck in 2020. Darnold has regressed, his offense is one of the worst in NFL history, and 0-16 seems inevitable.

No one seems more qualified to conduct the tank in New York for the remainder of 2020.

Unlike Gase, at least Marrone had a moment in 2017. The Jaguars were just ten minutes away from a trip to the Super Bowl but fell short in New England. Since that heartbreaker, Marrone has been 12-31. It’s not like the Jaguars were really built to win this season – actually, it was quite the contrary. The Jaguars field the youngest team in football and have the most cap space going into the 2021 offseason. Marrone really had no shot to succeed this year and Jaguars fans are probably okay with that – there was always a bigger picture for their organization. GM Dave Caldwell was just let go after their most recent defeat to the Browns. Caldwell had some notable bright spots in his draft history but never found a franchise QB and whiffed on a lot of first rounders.

Without a miraculous turnaround, probably gone:

These coaches have shown some promise but are showing no signs of progression or hope for the future.

Lynn showed some real promise early in his head coaching stint. He improved the Chargers by 4 wins in year one and led them to 12 wins in year two. However, after four years, he only has one playoff appearance to show for it with a very talented bunch. Lynn has definitely been at the forefront of bad luck when it comes to dealing with the injury bug, but his late-game decision making is a huge red flag. Last week against Buffalo seemed to be a culmination of horrible situational coaching and IQ from Lynn. Since the start of the 2019 season, Lynn is 4-17 in one possession games; Lynn is the epitome of coaching “not-to-lose” in tight games. Despite having a gunslinger in rookie QB Justin Herbert, Lynn resorts to a heavy-run approach in an effort to run out the clock, which has consistently put his defense in a bind. The Chargers need to figure out which head coach they want their rookie standout to mold under for the future and it isn’t Lynn.

The NFL is a bottom line industry and it is measured through one’s production. For Matt Nagy, that means wins/losses and the efficacy of the offense. Nagy, an understudy of Andy Reid, has seen some hope in terms of wins/losses. But if you look beneath the surface, it’s becoming dimmer by the day. In his first season, he took home the Coaching of the Years honors after leading the Bears to a 12-4 record. He finished 21st in terms of total offense (YPG), which doesn’t sound great but Trubisky made significant leaps from year 1 to year 2 under Nagy. However, in 2019, the Bears took a huge step back finishing 8-8 with the 29th ranked offense. And last Sunday night, Chicago lost their fifth straight falling to 5-6 with the 31st ranked offense. It seems inevitable that the Bears are ready to part with GM Ryan Pace along with Nagy. The Trubisky selection has failed miserably and those two are tied to Mitch. The Bears are certainly on the long list of teams that need a QB in next spring’s draft, why would the McCaskey’s want Pace/Nagy to be a part of picking their next QB?

I know what you’re thinking: second season, very below average roster, what gives? It may not be fair but again, we evaluate off wins and losses. Taylor has accumulated a .148 winning %, which would be the worst in NFL history among coaches who have coached at least 50 games. Now, Taylor only has a sample size a little above half of that (27 games) but it seems like there are no signs this will turn around. Rumors have circulated that Taylor’s often positive outlook has run hollow among the team. Taylor preaches accountability despite offensive line coach Jim Turner’s previous transgressions and recent reports of defensive coordinator Lou Anarumo being unapproachable. When Taylor came to the Bengals, he was assuming a 6-10 team. As a McVay assistant, he was viewed as someone that could maximize what little Andy Dalton had left and piece together the Bengals once again. Instead, he led the charge to the worst record in the league. Yes, it got you Joe Burrow but he couldn’t even keep him healthy for a year. Losing Burrow for the year shouldn’t be an excuse to keep Taylor around, but after seeing how long Marvin Lewis hung around, it wouldn’t be any surprise that management holds onto Taylor for another year.

If you were to tell me before the season that Doug Pederson would be firmly on the hot seat, I’d think you’re crazy. Before this season, Doug had a Super Bowl to his resume, won the division the last three seasons, and was viewed highly among the Philadelphia organization. However, since the Eagles won the Super Bowl in 2017, the wheels have slowly started to fall off and it has culminated into a whirlwind of a storm in 2020. Their shortcomings have been exposed to the highest degree – Pederson refuses to adjust and continues to try to make a square peg fit into a round hole. Despite incredible regression and inefficiency, Wentz dropped back over 50 times while Pederson only called 9 designed runs to their RBs. He refuses to help out with his playcalling and doesn’t hold his players accountable in terms of play-timing. He is too indebted to the guys that helped them win in 2017 and it has caused Pederson to rest on his laurels. Could owner Jeffery Lurie attribute this disaster to COVID? I mean Doug did win a Super Bowl after all. But for my money, I wouldn’t bet on it:

Two of these three coaches are right in the thick of a playoff race. But each has been disappointing. Barring a huge collapse, I see each of these coaches back in 2021 but they’ll definitely be firmly on the hot seat.

Fangio is one of the best defensive minds in football. He’s had successful stints in San Francisco and Chicago as a defensive coordinator in the last decade. He’s been coaching in NFL circles for the past 35 years and is highly regarded among other coaches. However, some of the best assistants don’t necessarily make the best head coaches. Nevertheless, this isn’t to say Fangio can’t coach because we really don’t know. In year one, he really overachieved going 7-9. Year two has gotten off to a slow start and there have been rumors that Fangio may be on the hot seat but the Broncos have dealt with a myriad of injuries on both sides of the football. The bigger indictment for the Broncos on-field performances should lie on GM/president John Elway who hasn’t found a long term solution at QB his entire front office career. You just have to wonder if Fangio could serve as a scapegoat for the Broncos legend.

It’s definitely easy to get frustrated with portions of Zimmer’s tenure – under Zimmer, the Vikings haven’t taken that next step you’d like to see. But as the saying goes, “the grass is always greener on the other side.” Zimmer has led the Vikings to two divisional appearances since 2017 including a huge upset win over the Saints last season. However, this Vikings season got off to a catastrophic start at 1-5. A lot can be chalked up to injuries to Danielle Hunter and Anthony Barr, two of their best defensive players, as well as inconsistency on the offensive line. Kirk Cousins has shown a remarkable turnaround winning 4 of his last 5 and they are very much in the NFC wildcard race. With a healthy defense and a retooling on the OL, the Vikings should be back to being contenders in the NFC. If not, Zimmer will be gone.

This one may seem a little out of left field but the clock is definitely ticking for Bruce Arians to turn the ship in Tampa. He’s off to an uninspiring 7-5 start in his first 12 games with his superteam. Given how much turnover, there was expected growing pains and obstacles on this Tampa team. But it’s how they’ve been losing that’s infuriating: not playing to their team’s strengths, chemistry issues, playcalling are a few of the many issues Tampa’s seen when they play good teams; they’re just 1-5 against teams at or above .500. This comes down to coaching. Arians sound bites may be entertaining but they can also become empty in a locker room full of established veterans. Tampa Bay is in the midst of their bye week and they have four winnable games down the stretch; there is plenty of time to turn this thing around and make some noise in the postseason. But during the bye week, Arians needs to make a firm reassessment and make the necessary corrections if he wants to maximize this team’s potential.