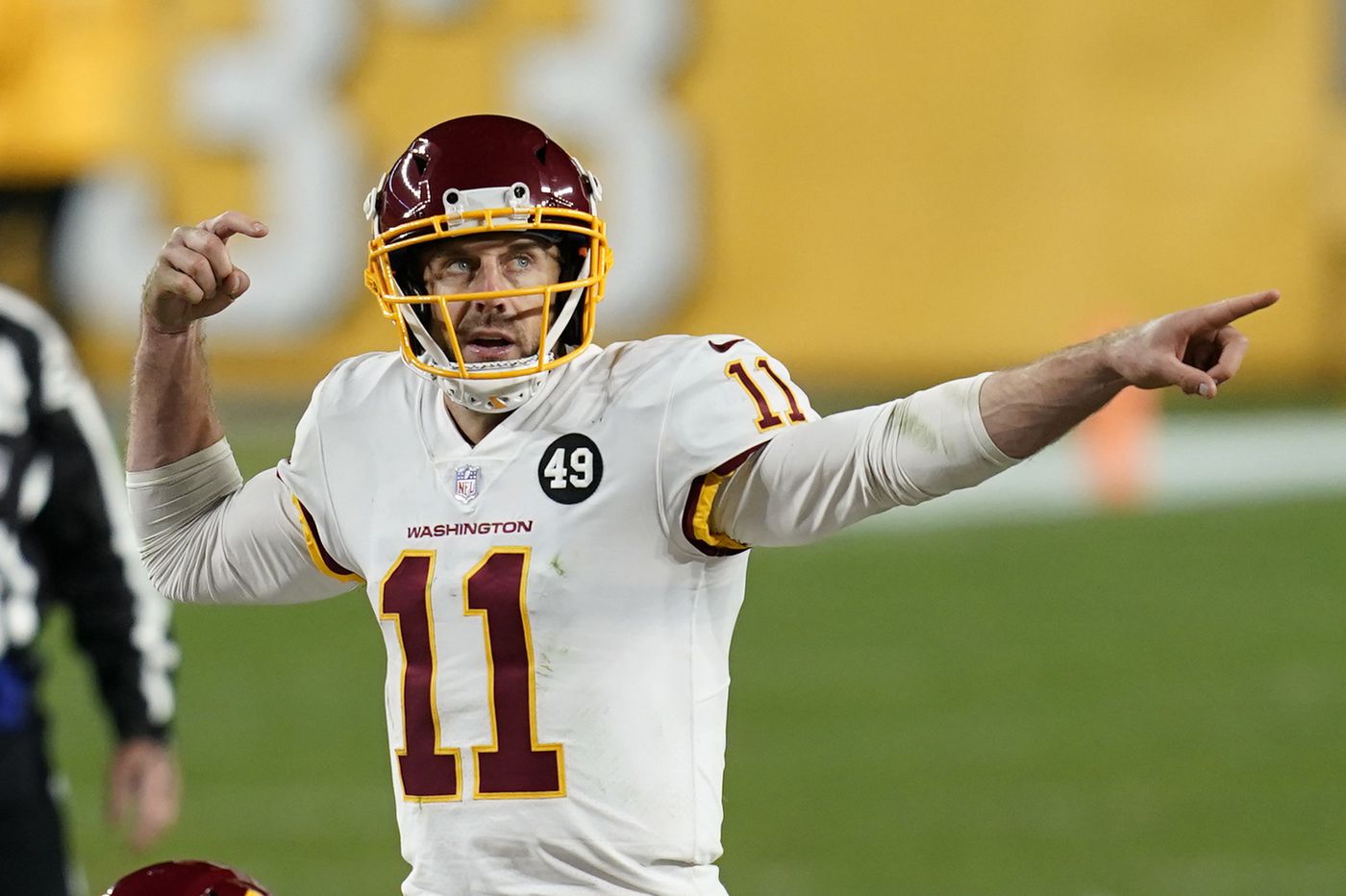 For many of us, the entirety of 2020 was a huge disappointment. Covid and a whole other mess of stuff happened that made us question ourselves as a nation. Thankfully, we still got sports to distract us. But for fans of a couple teams, the 2020 NFL season just added to the misery. Many teams failed to meet expectations and are in a very different place than they thought they would be. Here’s a couple of 2020’s biggest NFL letdowns.

It’s tough for a whole division to be a disappointment, but I don’t think too many people will fight me on this one. The division winner Washington Football Team won at 7-9, something that hasn’t happened since 2010. That did end with the Beastquake as the Seattle Seahawks upset the New Orleans Saints, but I wouldn’t bet on that happening again. While the Alex Smith story is an incredible one, they were also forced to give up on their first round draft pick quarterback in Dwayne Haskins just one and half years into his tenure. Haskins proved to be immature and bad, a combination you simply can’t have.

The Philadelphia Eagles also had to give up on their QB in Carson Wentz, who had one of the worst seasons by a starting QB of all time. Right after they signed him to a massive deal last offseason. The Eagles were last year’s division winner, and had every opportunity to become the first repeat winner in the NFC East since 2004. They failed spectacularly.

The Cowboys were also a disappointment. They didn’t get a deal done with QB Dak Prescott, who went on to suffer a horrific injury. Even with how well Prescott was playing they weren’t winning games, proving how terrible the team is top to bottom.

The Giants are still no closer to figuring out what Daniel Jones is. A 6-10 record doesn’t inspire confidence in anyone, nor does Jones’ combined 21 interceptions and fumbles. The NFC East is a clear front runner for worst division all time. Even worse, none of them have a terribly bright future. (Although if you want a dissenting opinion on the Giants at least, be sure to check out Randy Zellea’s expert opinion.)

The Eagles are 70 million dollars over the cap, including a QB that may be broken beyond fixing. The roster has holes everywhere, and who knows if Jalen Hurts is the answer. The Cowboys had one of the worst defenses in the NFL, and while they have great skill positions their once vaunted line is falling apart. Oh, and they still haven’t made a decision on Prescott, so right now they don’t have a QB. The jury is still out on Jones for the Giants, and the offensive skill positions are a question mark. Darius Slayton took a step back, Saquon Barkley tore his ACL and the end of his rookie contract is coming sooner than they wanted. Finally, although the Washington Football Team won the division, they don’t have a QB. Alex Smith isn’t the answer, and their supposed franchise QB in Haskins forced the WFT to cut him.

From Super Bowl runners-up to last in the division, it was a rough fall from grace. It wasn’t entirely their fault. They had an absolute rash of major injuries to multiple key pieces. Solomon Thomas, Nick Bosa and Dee Ford were all supposed to be part of one of the best defensive lines in the league. They all suffered season ending injuries early on. They lost franchise QB Jimmy Garapollo, and his backup Nick Mullens. Running back Raheem Mostert who was right on the verge of breaking into the league’s best RB’s couldn’t stay healthy and played less than half the season. Ditto for wide receiver Deebo Samuel and arguably the best tight end in the league (along with Travis Kelce and Darren Waller) George Kittle. Point is, they were gutted both on offense and defense and couldn’t reach the lofty heights they set last year.

The future also looks dimmer than it once did. The 49ers still don’t know if Garopollo is legit, and the rest of their division is looking really tough. Seattle will be contenders as long as Russell Wilson is the QB, the Rams are back after a down year by them and the Cardinals have one of most exciting young QBs in the game in Kyler Murray. Fluke year this may be, but winning this division even with a healthy team looks tough.

There were a lot of question marks surrounding the Patriots. The infamous duo of Tom Brady and Bill Belichick finally ended, and everyone was so excited to see how each would do. Any range of outcomes were possible, and the Patriots unfortunately dropped on the bad side. The Patriots have been without Brady once before and went 11-5. They also signed former MVP Cam Newton and it seemed like a classic Patriots success story. Take a guy no one wants and turn him into an NFL star. It certainly started that way, and the media was raking 31 other franchises over the failure to sign Newton.

It fell apart into disappointment quickly. The defensive players that opted out eventually became too much to handle for the Patriots, and Newton’s arm proved to be rather cooked. Newton can still run, but he threw for just eight touchdowns despite starting 15 games. An almost baffling number. Honestly 7-9 given their roster was actually pretty impressive, but the team has problems. The offense is troubling with very few skill positions of note, and QB position is in flux again.

The Jets managed to be a disappointment in two different ways. First, the Jet’s had one of the worst rosters in the league, which didn’t help them evaluate QB Sam Darnold. But it seems like the third overall pick in 2018 will need a new team very soon. The Jets have all but given up on Darnold, and he didn’t give them much reason to stick with him. He ended up with a negative TD:INT ratio which is very rare for a starting QB, and he finished last amongst qualifying QB’s in passer rating. Not great.

Not only did they give up on their top pick from two years ago, they also failed to secure the first overall pick and draft one of the top prospects in draft history in Trevor Lawrence. They won two of their last three games, allowing the Jacksonville Jaguars to jump them for the top spot.

What the Texans wouldn’t give for 2019 again. A beautiful year that included a time where they were up 24-0 against Kansas City Chiefs. They had a massive lead over the eventual Super Bowl champions, and in a universe that wasn’t all that far off could have easily been Super Bowl champions themselves. Now they are one of the most hopeless teams in the NFL.

They went from playoff contenders to bottom of the NFL in line for a top draft pick in just one season. Oh wait, they aren’t because their former coach/GM Bill O’Brian traded their first round pick away last year. They have a terrible defense and are fairly questionable at almost every position except QB. Even then they managed to piss off their franchise in QB Deshaun Watson by not consulting him on the GM decision. They still need a coach, are only getting older and don’t have a 1st round pick. I’m not sure there could be a more disappointing season.