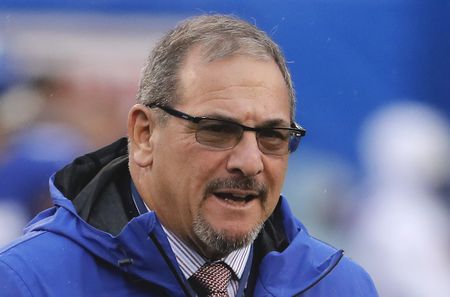 It is NFL Draft Week! The New York Giants spent a lot of money this offseason to make things easier for Daniel Jones to succeed. Now, they will fill in the final pieces to bring them back to relevance in the NFC East. This list is done in terms of being realistic. Obviously if Penei Sewell, Kyle Pitts, or Ja’marr Chase are there, you take them. I just think there’s less than a 5% chance they are. Here is the 2021 New York Giants Wish List.

The way I feel about Slater is the way I felt about Zach Martin when he was coming out of Notre Dame. He is a potential Pro Bowl tackle. He is a potential All-Pro guard. It will give the Giants the most versatility on the line. If Hernandez and Lemieux (or even Solder) prove they’re ready to be starting Guards, then Slater kicks outside. If only one is worthy, Slater moves inside and you have Peart and Solder battle it out for the right tackle spot.

Parsons is the most physical and versatile linebacker in the draft, He can play inside next to Blake Martinez in base sets and an outside rusher in sub-sets. Him and Jeremia Owusu-Koramoah are the only two “three down linebackers” in the Draft. The biggest question for him will be about his off-field history and what repercussions come with the hazing incident.

It’s not a trait of Gettleman to trade down, but this might be the year to do it. If Slater is taken and they’re not sold on Parsons’ off-field, Edge Rusher seems to be the most glaring need. I’m just not sold on 11 being the sweet spot for one. If you can trade down, pick up extra assets either this or next year, you may still get the edge you want as well.

Paye is considerably higher in my rankings than any other pass rusher in this draft. His non stop motor and sideline to sideline ability is what you usually see from a middle linebacker. But he gives you that at defensive end. He doesn’t have sack numbers that jump off the page, but they’re solid. He’s also relatively new to the position compared to others in the class. He’s also the best run defending DE in the class, and I don’t believe it’s close.

Again, I don’t see Chase being available at 11. To me, there’s a greater distance between Waddle and #3 on my board (Rashod Bateman), than there is between Waddle and Chase at #1. He’s a souped-up version of Darius Slayton. Slayton may be a little taller, but Waddle is more physical, has better hands, and wins 50-50 balls more often. He is the closest thing this draft has to Tyreek Hill.