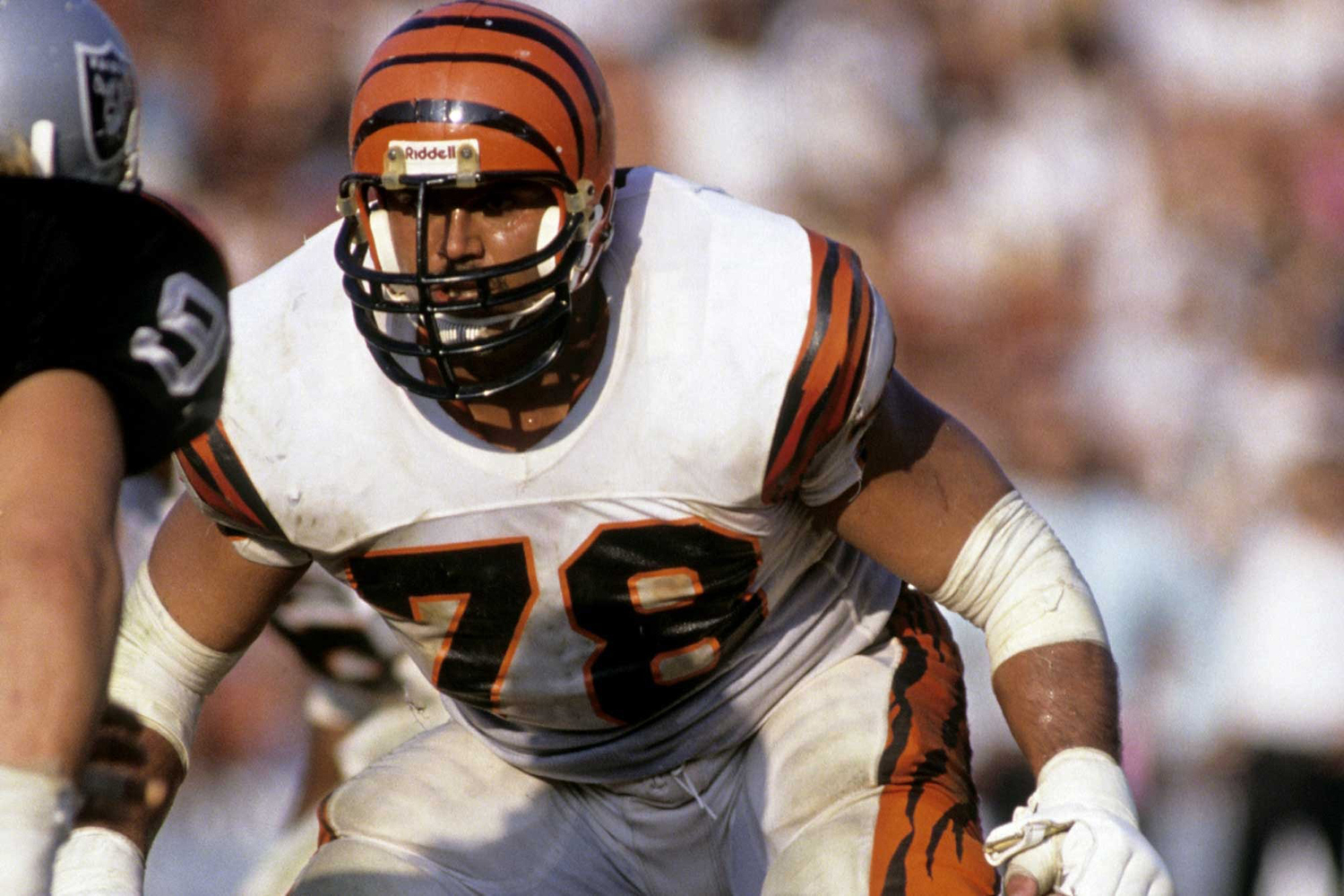 When NFL Hall of Famer Anthony Munoz was drafted by the Cincinnati Bengals as the 3rd overall pick in 1980, he was regarded as one of the most intimidating linemen in recent history. His rigorous workout routine and 6’6’’ stature helped solidify a potent Bengals offense, while frightening defenses around the league. Munoz went on to play 13 seasons in the NFL, compiling 11 Pro Bowls, 3 Offensive Lineman of the Year Awards, 2 AFC Championships, a Walter Payton Man of the Year Award, and a Bart Starr Man of the Year Award.

Today, Munoz demonstrates his lightheartedness to his surrounding communities by helping fund the youth of tomorrow through his established charity organization, The Anthony Munoz Foundation. The foundation commenced in April of 2002, and in such a short period of time, created programming that has touched the lives of thousands of area children.

“Our mission statement is to impact the area youth mentally, physically, and spiritually,” said Munoz. “We’re 12 years old, and we’ve raised a little over $10 million. I’m here full-time, and I don’t take a penny. I probably give anywhere from 25 to 35 hours per week. We have a great staff who do a tremendous job. We have a great internship program with local college students. We give them projects and they run with it. We have a very engaged board, and some tremendous volunteers in the community. It’s a great team effort.”

Throughout the year, Munoz and the foundation host a handful of events that help fund the betterment of youth and education. Since the inception of the foundation, the initiatives have only continued to grow in terms of the number of youth impacted and the quality of achievement recognized.

“Our first program, we start with second and fourth graders with one-on-one mentoring,” said Munoz. “We’ve pretty much adopted an elementary school that we run once a week for an hour after school. For middle-aged kids, we have what we call an overnight character camp. We use football as a platform, but we only teach football about 50% of the time we’re there. We do character and team building, and we have a great coaching staff and chaperones.”

The foundation’s inaugural Youth Leadership Seminar was hosted at the Cintas Center on Xavier University’s campus. Nearly 300 students from 30 local high schools watched the Disney film “Remember the Titans” before meeting actual coaches depicted in the film, Herman Boone and William Yost. The coaches spoke with the students about the racial and social themes from the film, and the students crafted ways to bring the concepts of understanding back into their schools.

“Our Youth Leadership Seminar usually takes place in October at Xavier University,” said Munoz. “Now, we have close to 100 high schools from Cincinnati, southeast Indiana, and northern Kentucky with about 1200 to 1400 students. We have all-day events, we have motivational character speakers, breakout sessions, and after the day we send those 100 schools out into the community with the challenge to initiate and put together community service projects. I get to pick two of the winners, and I give them some money to put towards a project in their school.”

In addition to the Youth Leadership Seminar, Munoz selects 18 Tri-State students, nine male and nine female, to receive a chance to win up to a $5,000 college scholarship.

“In April, we have the ‘Straight A’ luncheon,” said Munoz. “In ‘Straight A,’ we encompass academics, athletics, attitude, and achievement. The big criteria for those scholarships are overcoming adversity. We have 18 participants, nine males and nine females; all are finalists. We pick one male and one female winner. For 16 of the finalists, we give them $2,000 one-time scholarships, and the two winners receive $5,000.”

Despite a concentration on the classroom and ensuring the facilitation of proper education, Munoz does recognize athletic performance around the Tri-State region, too. In keeping with the mission of the foundation, candidates have to show a level of academic success and community involvement, as well.

“Since I played football, people think everything we do is athletic-related, but that’s not necessarily true,” said Munoz. “We do one recognition award, and that’s our area offensive and defensive lineman of the year award. The National Football Foundation does a big, black tie dinner for the young people. It’s called ‘That’s My Boy’ Award for the top student athlete. Football and your performance on the field is a big part of it, but your classroom, community service, and recommendations are big criteria for the award.”

While the popularity of the NFL has grown significantly over the past several years, parents have become cautious to let their children follow in Munoz’s footsteps of pursuing a career in football. In light of developing concussion research, the safety of youth football has become increasingly significant.

“There are options,” said Munoz. “I didn’t play tackle football until freshman year in high school. My son didn’t play tackle football until his freshman year in high school, and he’s a 4-year starter at the University of Tennessee who I believe has the talent to go into the NFL. I played flag football from the age of 8 to 13. If the parents aren’t crazy about their kids playing tackle, play flag football. They’re going to learn about the fundamentals of the game and what it’s all about, and they still have the chance to play football.”

In keeping up with the safety of the NFL, Munoz oversees the NFL’s Player Safety Advisory Panel. The panel, which consists of former NFL players, coaches, and one former general manager, provides recommendations to NFL Commissioner Roger Goodell on a variety of safety-related football matters, while taking a long-term view towards making the game safer for all players at every level of the sport.

“I know Roger well enough to know he is concerned about the players,” said Munoz. “My body aches every day, and I know it’s related to the 13 years I played and close to 200 games. I’m privileged to be a part of an advisory panel with John Madden and Ronnie Lott that commissioner Godell put together. I think it’s the greatest team sport in the world, and it’s physical and intense, but we need to keep the integrity and safety of the game moving.”

Throughout his NFL career, Munoz kept himself safe and out of harm’s way, for the most part. Munoz was a starter in his rookie season, and remained a fixture at left tackle for the Bengals for 13 seasons. Despite his history of collegiate injuries, Munoz missed only three games during his first 12 seasons.

“A lot of people don’t realize I only had one healthy season in college,” said Munoz. “I had three knee operations in four years, and in my senior year, I got injured in the second series of the first game. I rehabbed and played in the Rose Bowl, so I played one game during my senior year. Then, not to miss a game until my 11th year with the Bengals was a highlight. When I got drafted, my goal was to play 10 years, and I’ve got 13, so that’s a highlight, too.”

In addition to his gifts as a blocker, Munoz was also a skillful receiver, achieving 7 receptions for 18 yards and scoring 4 touchdowns on tackle-eligible plays, including one in 1984 from left-handed rookie quarterback Boomer Esiason against their upstate rival, the Cleveland Browns.

“For a lineman to catch four touchdown passes, that had to be a highlight,” said Munoz. “Especially the first one against the Cleveland Browns, which took us to overtime and wining in overtime was a highlight.”

Pursuing Hall of Fame excellence takes a lot of dedication and support. The foundation has greatly appreciated all of its support. You can become more involved with the Anthony Munoz Foundation by establishing a corporate partnership, volunteering with the organization, or making a charitable donation toward fulfilling the mission to impact youth mentally, physically, and spiritually.