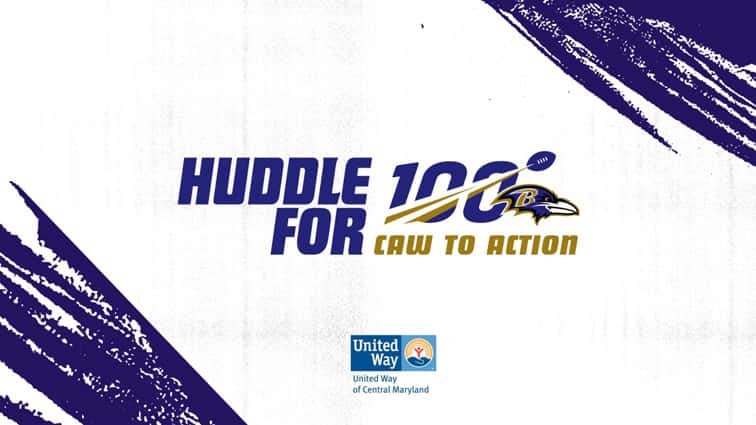 Each non-profit participating was supported by the Ravens, including the team’s executives, coaching staff and almost every player during the community-wide initiative. As a bonus to the volunteers, each non-profit site will be given two tickets to the Baltimore Ravens vs. Cincinnati Bengals game for Oct. 13, 2019. The tickets will be given to volunteers who have gone above and beyond their call of duty for their service. Alongside the game tickets, two deserving volunteers will receive ticket pages for Super Bowl LIV on Feb. 2, 2020 in Miami Gardens, Fla.

Norwood Elementary School where Cornerback Brandon Carr was in attendance.

Our Daily Bread where Guard Marshal Yanda was in attendance.

Maryland Center for Veterans was the location where the Super Bowl LIV ticket giveaway was held, along with Defensive Tackle Brandon Williams and Defensive End Chris Wormley were in attendance.

Fans were also able to use #RavensHuddleFor100 on social media to highlight and document their volunteerism, it also helped the team collect and track total minutes being accrued for volunteers. Overall, 25,000 volunteers represent a combined 3 million-plus minutes of volunteer service throughout the Baltimore community.

For more information on the Ravens “Huddle for 100”, visit https://www.nfl.com/100/huddlefor100/. This is a great opportunity to extend a helping hand to your community or people in need, all while having a shot at free NFL tickets!