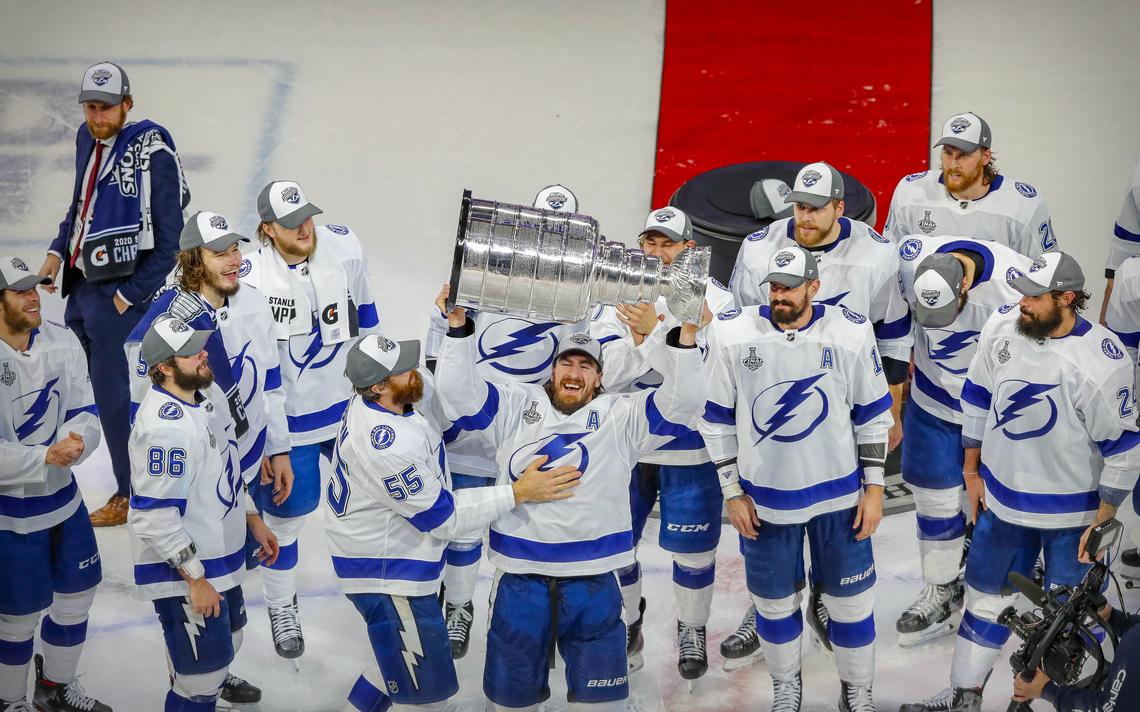 The NHL trade deadline is approaching around the corner. With that, some teams are looking for that missing piece as they hope to make the playoffs. As we take a lap around the NHL in this week’s Conference Contemplations, we will find out which rookie is “thrilling” the NHL. Also, see how a Russian Machine shows its human heart. Which team from the Sunshine State has hit a rough patch? (Disclaimer: All statistics and stat lines are from March 28, before games were played.)

Seated right on the bubble, the Montréal Canadiens needed a boost. Having their three contests last week and their Sunday matchup for March 28 all postponed for COVID-19 related issues. Despite these complications, things have not been all bad for the Canadiens.

On March 26, #21 Eric Staal was traded to the Montréal Canadiens. This move to Montréal was a big step up for Staal as his previous home was with the Buffalo Sabres. The Sabres are currently riding a 17 game losing streak. They sit just one loss behind the 18 game skid from the ’03 – ‘04 Penguins for the longest losing streak all time in the NHL since the shootout was added.

Staal has already begun his seven day quarantine, recently cut down from 14 for NHL players moving to Canada and is almost set to join the team. The 6’ 4” center will likely have better results north of the border. Here, he has an opportunity to make the playoffs with his new teammates up in Canada. With 62 playoff games and a Stanley Cup, he has a lot of experience to bring.

The first game Staal would be available is on April 5 against the Edmonton Oilers. It remains to be seen if he will suit up since a lot can change in that time. But with this move, Montréal is looking for more than just fourth place in the conference. The Calgary Flames and Vancouver Canucks are right on their heels with 35 points. With three teams right on the edge of the NHL playoffs, it will be a tight race down the stretch. Could Staal be the difference the Canadiens need as they hope to topple the NHL’s top scorer and conference rivals, the Toronto Maple Leafs in the quest for the Stanley Cup?

After losing four of their last five games, the Florida Panthers finally get back on track with a win. Their 4-3 overtime victory against the Dallas Stars gave them their first NHL points of the entire week. Falling out of the top two spots, the Panthers are now three points out of second, with an additional game in hand.

Their 2-3 loss against the Chicago Blackhawks ended a four game skid for the Hawks and perhaps gave them some new confidence. The following meeting two days later saw the Panthers get shutout. At least in that game, goaltender #32 Kevin Lankinen stood on his head, stopping all 41 shots coming from Florida for his second shutout. It seemed to be one of those nights, as the Panthers could not convert on a single of their six power plays.

In comments after the game, Florida’s #11 Jonathan Huberdeau said that they, “Just [need to] skate a little bit more…I feel that’s what we’ve been doing all year and the last three games we’ve kind of stopped.” This was Florida’s fist losing streak of three games this season.

After six wins in a row, goalie #72 Sergei Bobrovski has just one win across four contests. Over Bobrovski’s career, he has held a save percentage of .917. However, over his last five, that number has dropped to .892. After an overtime win, fans will be nervously watching as the Panthers try and find their form again. Even though they are 11 points clear of falling out of the Playoffs, will they be able to climb back up to the level of the NHL and conference leaders the Tampa Bay Lightning?

East: The Russian Machine with a Human Heart

The Washington Capitals‘ Left Winger Alex Ovechkin is like a fine win, he just gets better with age. At 35 years old and 16 years into his NHL career, this Russian Machine is on fire. In his 29 games this season, he has 29 points, 17 from goals and 12 on assists, averaging a point per game. But when it comes to his recent 10 games, he has been averaging a goal per game with 10 goals.

What could have sparked this change in his on ice perform? Perhaps it might have been something off the ice. The reason why may have proved that the Russian Machine of the NHL does indeed have a human heart. The “Great Eight” has put on a clinic, scoring seven goals and two assists since March 15. That is also the date that his wife and children arrived back in Washington D.C., reuniting the Ovechkin family.

His offensive prowess, since his return from the Covid-19 protocol list, has helped propel the Caps into the top position in the division over the New York Islanders. Additionally, in the Capitals’ last 10 contests, they have only lost one matchup, against the New York Rangers. With a pair of contests coming up against the Rangers this week, will the Caps keep up their dominance in the NHL over their conference? Or can the Rangers rebound and look to find their way back into playoff contention?

The Minnesota Wild have an absolute (north) star on the ice. The Wild’s #97 Kirill “The Thrill” Kaprizov is taking the NHL by storm. The rookie leads his roster, the conference and all other NHL rookies in both goals and assists. From the very first weekend, he has been a standout not just in his conference, but the whole NHL. Helping the Wild to 21 wins so far, Kaprizov has 11 goals and 16 assists in his 32 games. Although in his first NHL season, he has plenty of experience, six years to be exact, from the KHL.

When it comes to the race for the Calder Trophy, awarded the the best rookie in the NHL, Kaprizov stands out among the rest. In a previous article by Back Sports Page’s Natalie Vaitas, she had him slated to win the award. The next closest rookie, #21 Jason Robertson of the Dallas Stars, has 20 points. Yet despite his season long success, “The Thrill” has just two points in his recent five games. Before that blank space in his game log, Kaprizov registered six points across four consecutive games including a hat trick on March 12.

The Wild start April with two games against the Vegas Golden Knights. Surprisingly, Kaprizov only has one point against Vegas in the four previous meetings this year. But with two games to close March out against the San Jose Sharks, Kirill has three points in three meetings with them. He already has many awards from the KHL, including All Star honors from 2016 to 2020, the Top Sniper, Gagarin Cup and Priceless Player awards in 2019, and the Top Sniper of 2020. Kaprizov will be looking to add some NHL hardware with the Calder to his collection.

NHL Official Tim Peel FIRED!
Buyers and Sellers: Who’s Primed to Deal Ahead of the Trade Deadline, and Who’s Available