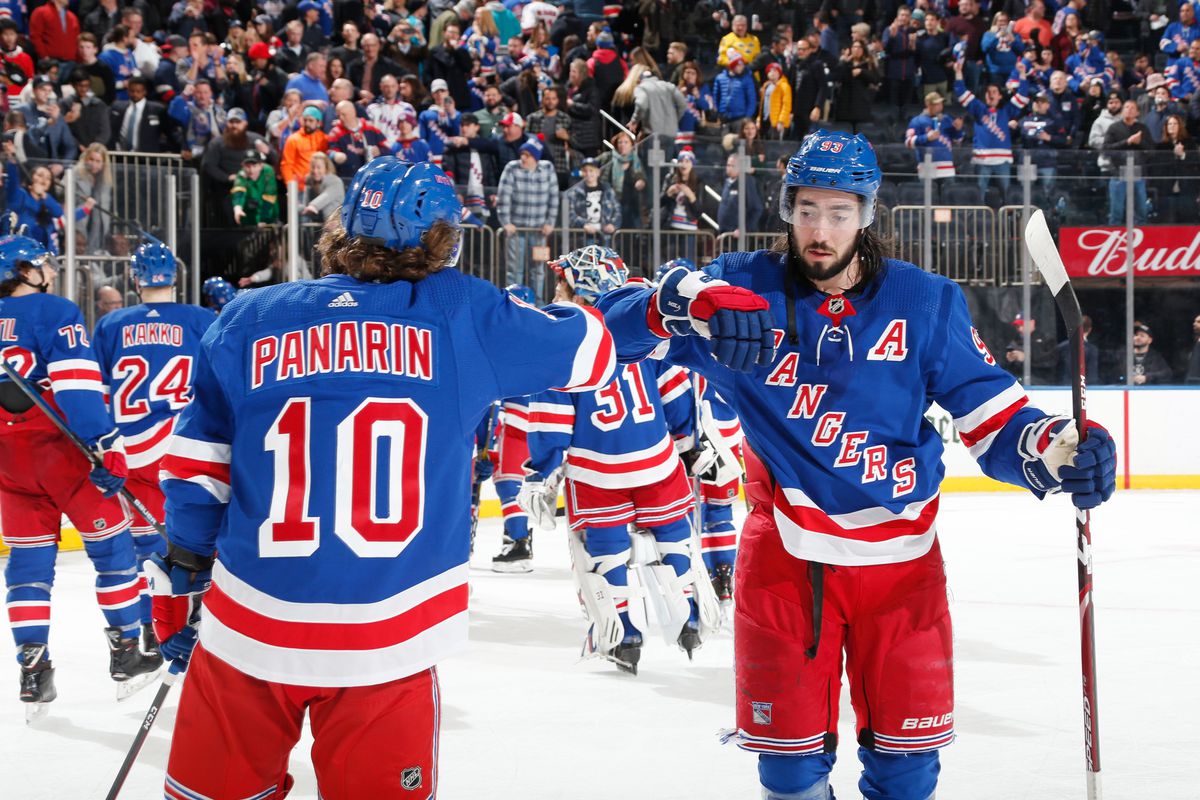 The NHL Return To Play comes to a head August 1st when the first five Play-In series get underway. It all gets started when the Eastern Conference’s 6th seeded Carolina Hurricanes take on the 11th seeded New York Rangers at Noon.

The Hurricanes have been very steady all year, while the Rangers have ridden a roller coaster that saw their best stretch of games in January and February, right before the coronavirus mandated pause. Here are the top 5 questions about the series.

1.  Who will man the crease for the Rangers?

One of the biggest questions will be who the New York Rangers will give the starting nod to when they lace up the skates against the Carolina Hurricanes. Ask most Rangers fans and their answer will be almost unanimous, Igor Shesterkin. “The Czar” has been one of the most talked about Rangers prospects in quite some time. The only issue is that he only has 12 games of NHL experience under his belt, winning 10 of them. Some say the inexperience is a hindrance, some say it’s a blessing. Every year, there tends to be a young goalie that gets hot and carries their team to a deep playoff run. Shesterkin could be that young goalie. But how do you overlook the prolonged success that Henrik Lundqvist has had against the Canes. “The King” sports a 33-12-1 record in starts vs. Carolina. But we have seen a drop-off in the level of play and consistency in Lundqvist’s game. And then there’s the guy no one talks about, Alexandar Georgiev, who actually led the Blueshirts in starts during the shortened 2019-20 regular season.

Georgiev had an up and down season, but when he’s on, he’s been great. We just haven’t seen the consistency in his game yet. If I had to guess right now, I’d say Shesterkin will get the nod, with Lundqvist backing him up.

2. Which team has the better secondary scoring?

Both the Hurricanes and Rangers were led by their primary scorers. For Carolina, it was the line of Sebastian Aho, Andrei Svechnikov, and Tuevo Teravainen, while the Rangers were led by the trio of Mika Zibanejad, Chris Kreider, and Hart Trophy hopeful, Artemi Panarin. Both trios were instrumental in the success of their respective clubs, but you need goal scoring from the other guys to be successful in the playoffs.

Carolina had the second fewest goals of any playoff team in the East, while the Rangers had the fourth most. Carolina was more balanced in terms of secondary scoring, with 65% of their goals being scored by players not on the top line compared to the Rangers 59%, while the Rangers were more top heavy in secondary scoring with 6 players outside of the top 3 tallying double digit goal totals equalling 85 goals compared to the Hurricanes 4 players equalling 44. The Rangers blueliners also led the NHL in points by as a group. Can the Hurricanes find the pieces to help put up the much needed goals?

3. Which player returning from injury will be a bigger factor?

Both teams had mid-late season injuries to key pieces that had major implications to the play of their team afterwards. Carolina defenseman Dougie Hamilton fractured his fibula on January 17th and New York winger Chris Kreider fractured his ankle on February 28th. Hamilton was having a stellar season and would have been the Hurricanes representative at the All-Star game had he been healthy.

He was on a pace of 0.85 points per game, which would have put him 4th in the league had he maintained it. He was also playing against the opponent’s top line game in and game out. Kreider was the Rangers representative at the All-Star game, filling in for an injured Artemi Panarin. Kreider was on pace for a 31 goal season, but had really found his stride tallying 12 goals in a 19 game stretch prior to the injury.

4. Can anyone stop Mika Zibanejad and Artemi Panarin?

Outside of Edmonton’s duo of Connor McDavid and Leon Draisaitl, there may not be a more dynamic pair in the NHL than the Rangers one-two punch. Zibanejad led the NHL in goals per game at 0.72, including an astonishing 24 goals in their final 25 games before the shutdown. He was 5th in the league in goals scored even though he missed exactly a month with a neck injury. Panarin, meanwhile, was 3rd in the league in scoring with 95 points, leading to being named a finalist for the Ted Lindsay award and a probable Hart Trophy finalist nomination.

One of the reasons for the Rangers success after the new year was the fact that both were able to produce big numbers, despite playing on two different lines. The Hurricanes feature a solid group of defensemen, which includes trade-deadline acquisition Brady Skjei, who they obtained from the Rangers for a 1st round pick in the upcoming draft. They will be asked to play to their fullest capacity to shut down the Rangers high flying attack.

5. Can the combination of Carolina goalies get the job done?

It’s tough to say if the Hurricanes are going to ride one goalie throughout the series. Petr Mrazek got the majority of the starts with 38 while James Reimer got the starting call 24 times. Mrazek went 0-3 against New York allowing 10 goals in 3 games and Reimer lost the other matchup between the clubs giving up 5 in the process.

Both goalies will depend on their group of defensemen to do the dirty work and limit the Rangers opportunities, because if it comes down to them, it may not end well for them.

Series Prediction: Carolina rode a heavy home-ice advantage throughout the season. That is out of play with the Eastern Conference being sequestered to Toronto. The Rangers just seem to have the Canes number and match up very well against them. Rangers in 4.