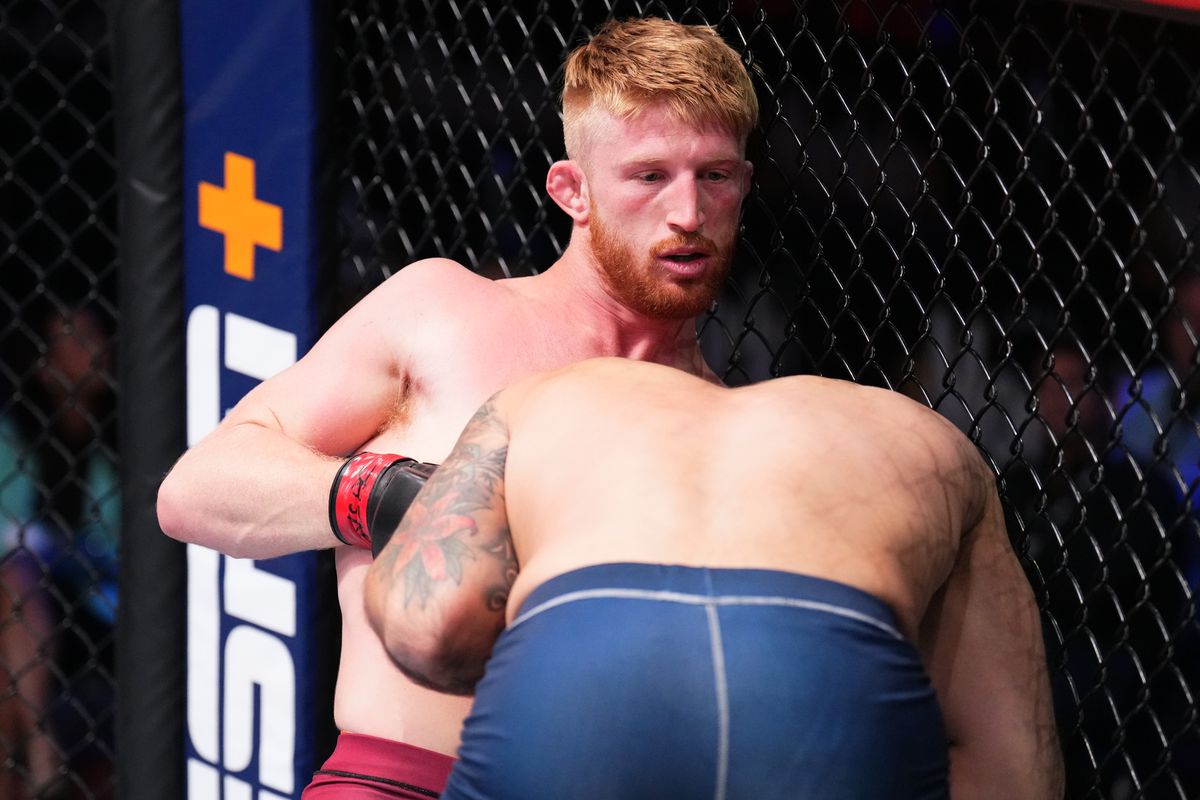 Tuesday night, wrestling phenom Bo Nickal defeated Zack Borrego in a Middleweight bout at Dana White’s Contender Series. In just his second pro fight, Nickal closed as a heavy favorite and showed us why by quickly bringing Borrego to the mat and finding a rear naked choke.

Nickal won the Hodge Trophy in 2019 while wrestling for Penn State and was later an Olympic Team trialist. After wrestling he focused on MMA, training with Jorge Masvidal to assist with the fighter’s wrestling. During this time, he also competed in high level grappling matches to include a 2019 match with Gordon Ryan. Nickal would become a member of American Top Team, going 2-0 in amateur MMA. He made his pro MMA debut in June of 2022 with a first-round knockout win. After his first pro fight he would get the call for the Contender Series.

After the win, a confident Nickal told ESPN’s Laura Sanko that he feels ready to take on the UFC’s Middleweight roster. There is a majority consensus that Nickal has a very bright future in the UFC, but may benefit from a little more experience before making the jump to the big leagues. The win didn’t secure him a spot in the UFC roster, but president Dana White liked what he saw. Nickal will be given another fight on the Contender Series at a later date.