No Irving Media Availability, No Problem? 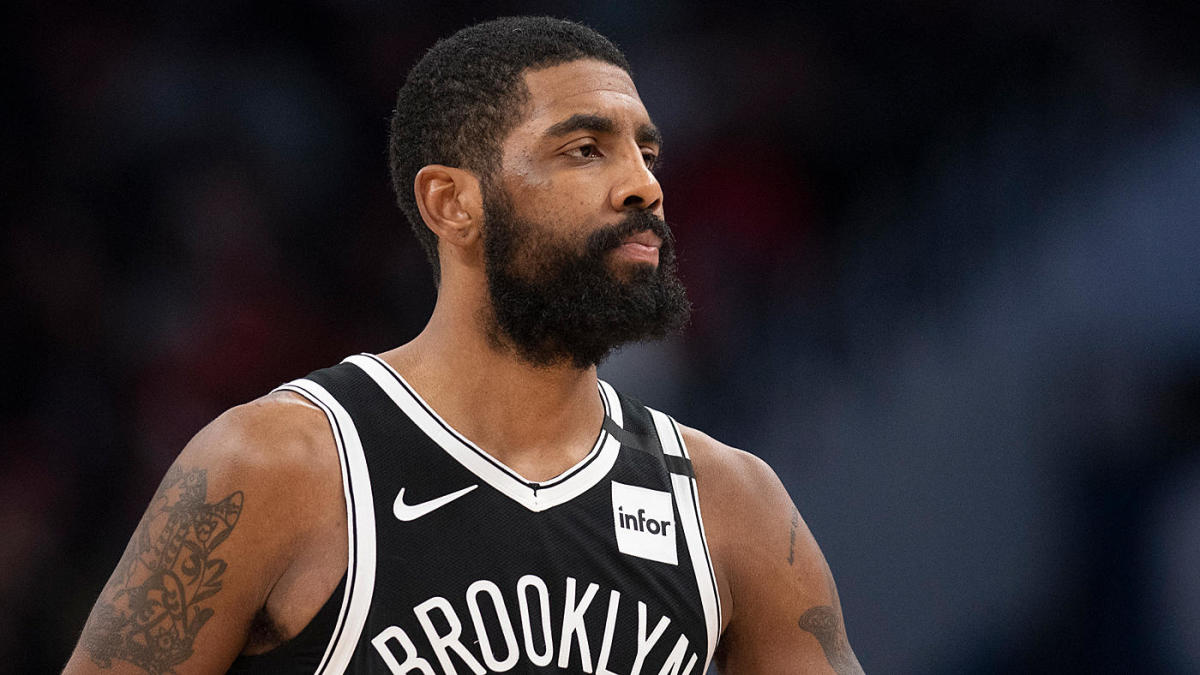 In just a little over two weeks now the NBA will be back and things will be normal (somewhat), minus the fans. One thing that will be different however is pertaining to the Brooklyn Nets. Kyrie Irving will be exempt from media availability all season long.

It’s no secret that Irving isn’t a fan of the media, and this has been the case for years. All too often the 6x All-Star has said something, just for him to be upset at how it makes him look once it hits the press. So, in many respects, one might say this was inevitable actually. However, the reason that Irving gave wasn’t that cut and dry.

This past Friday Irving issued a statement through a spokesperson that said he was inspired to do this because of how the COVID-19 pandemic has affected him.

“I am committed to show up to work every day, ready to have fun, compete, perform, and win championships alongside my teammates and colleagues in the Nets organization. My goal is to let my work on and off the court speak for itself,” said Irving. “Life hit differently this year and it requires us, it requires me, to move differently. So, this is the beginning of that change.”

This was a shock to many, since every other NBA player is required to speak to the media at some point, let alone when you have an NBA championship, multiple NBA All-Star appearances, a Team USA appearance and have been in movies.

To each his own though. All we can do is speculate as to what led up to this. There are many possibilities.

After winning one championship with the Cleveland Cavaliers back in June of 2016, Irving played one more season with the Cavs before he forced his way out in a trade to the Boston Celtics the following summer after falling to the Golden State Warriors in the NBA Finals in five games.

Once he arrived in Boston it wasn’t smooth sailing though. After playing there for a year he stated that he had every intention of resigning the next time he was a free agent. Then that same month he admitted that when he was back in Cleveland, he dreamed of playing for one of his hometown teams (Nets or Knicks).

A month later after the team went on a 1-4 skid, he called out that the team could use some veterans to help them. Then a month after that he said to the media that he reached out to LeBron to apologize to him for not understanding what LeBron had to go through when he thought he knew it all but was young and inexperienced. This was obviously interpreted as a slight to his younger Celtics teammates.

Fast forward to February, when asked by the media if he still had the intention of resigning with the Celtics when he becomes a free agent, he responded that he doesn’t owe anybody anything and that he would make the decision that was best for him.

Lastly, as part of the Nets he went on Kevin Durant’s The ETCs podcast recently and said Durant is the first teammate he’s had that he trusts to hit a clutch shot. Understandably many interpreted this as a slight to LeBron. However, he was quick to shoot that down and say that that was not what he was saying.

So, whether you believe him every time he’s denied throwing shade or not that’s up to you. Those are all of the facts though.

Now, here we are in the 2020-21 campaign for the Nets, and there will be nothing to interpret right or wrong because he won’t be taking any media availability.

Let’s see if that works out for him.